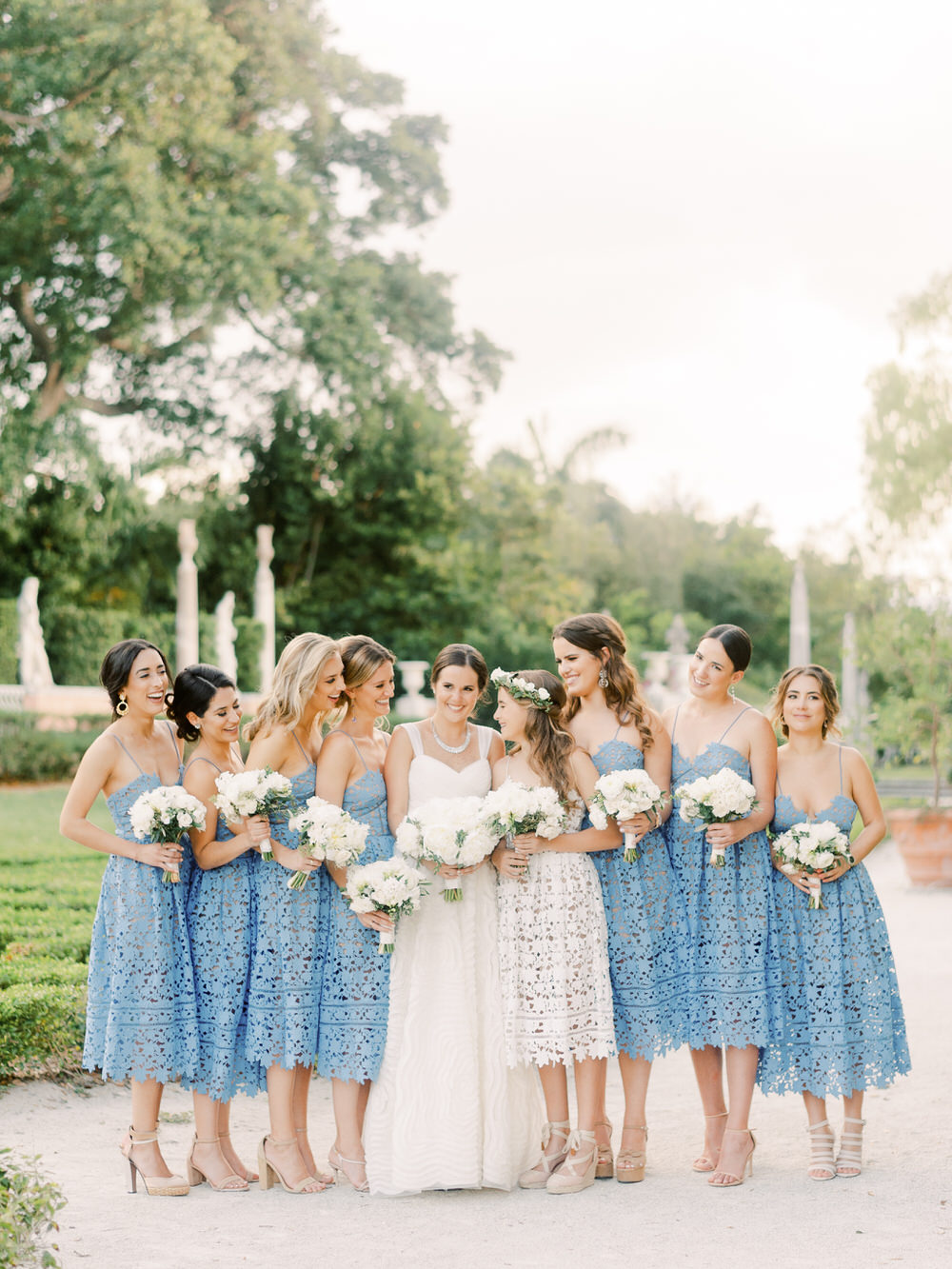 This couple met in Pennsylvania, engaged in New York City and married in Miami this love story is one for the books! Set in the breathtaking Vizcaya Gardens, Carolina and Lisandro, along with Masi Events, planned an ultra chic wedding with Latin details throughout. With the reception set under a massive clear tent set in the lush gardens, our hearts are singing with every sweet photo from Merari Teruel. 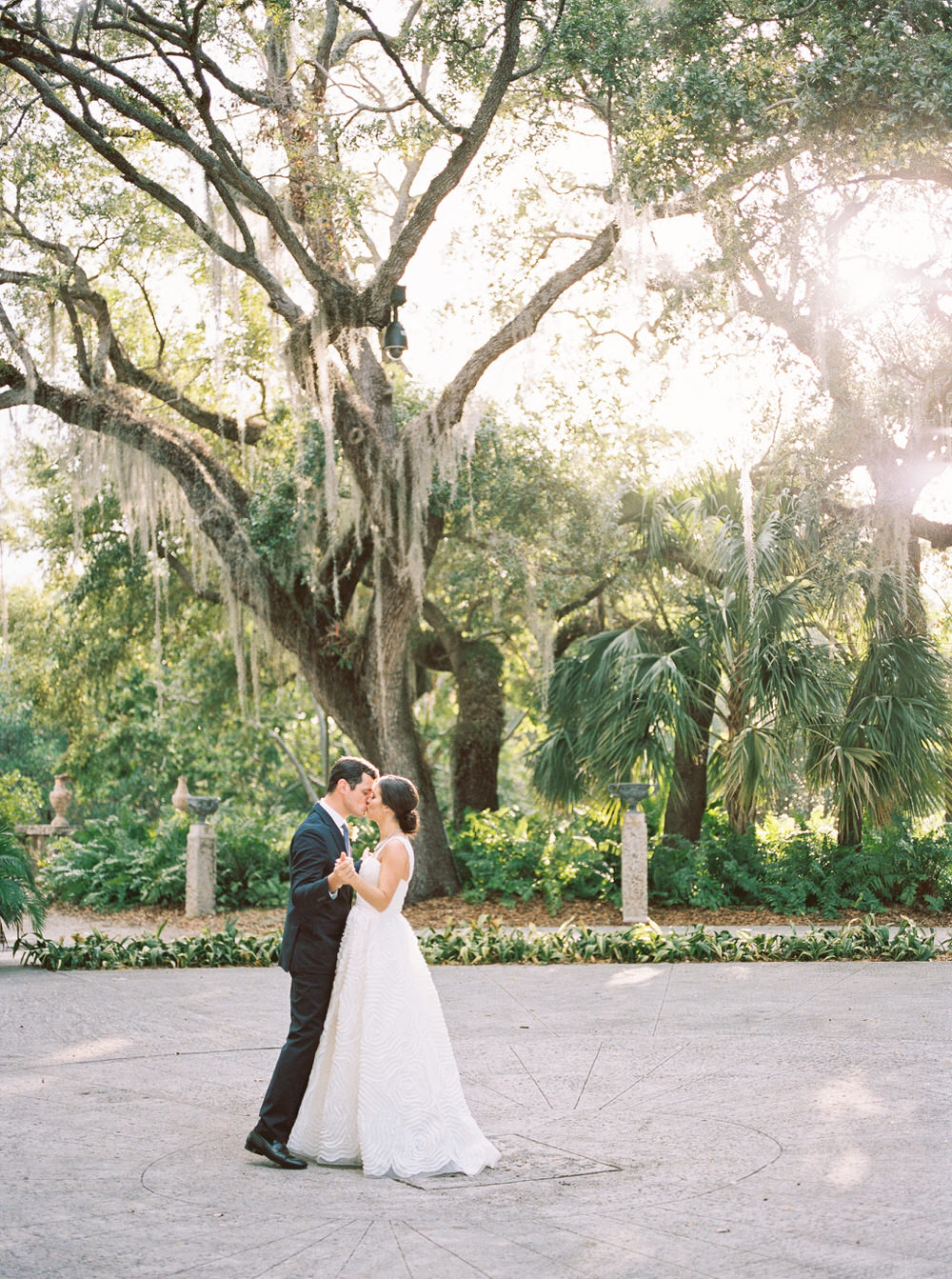 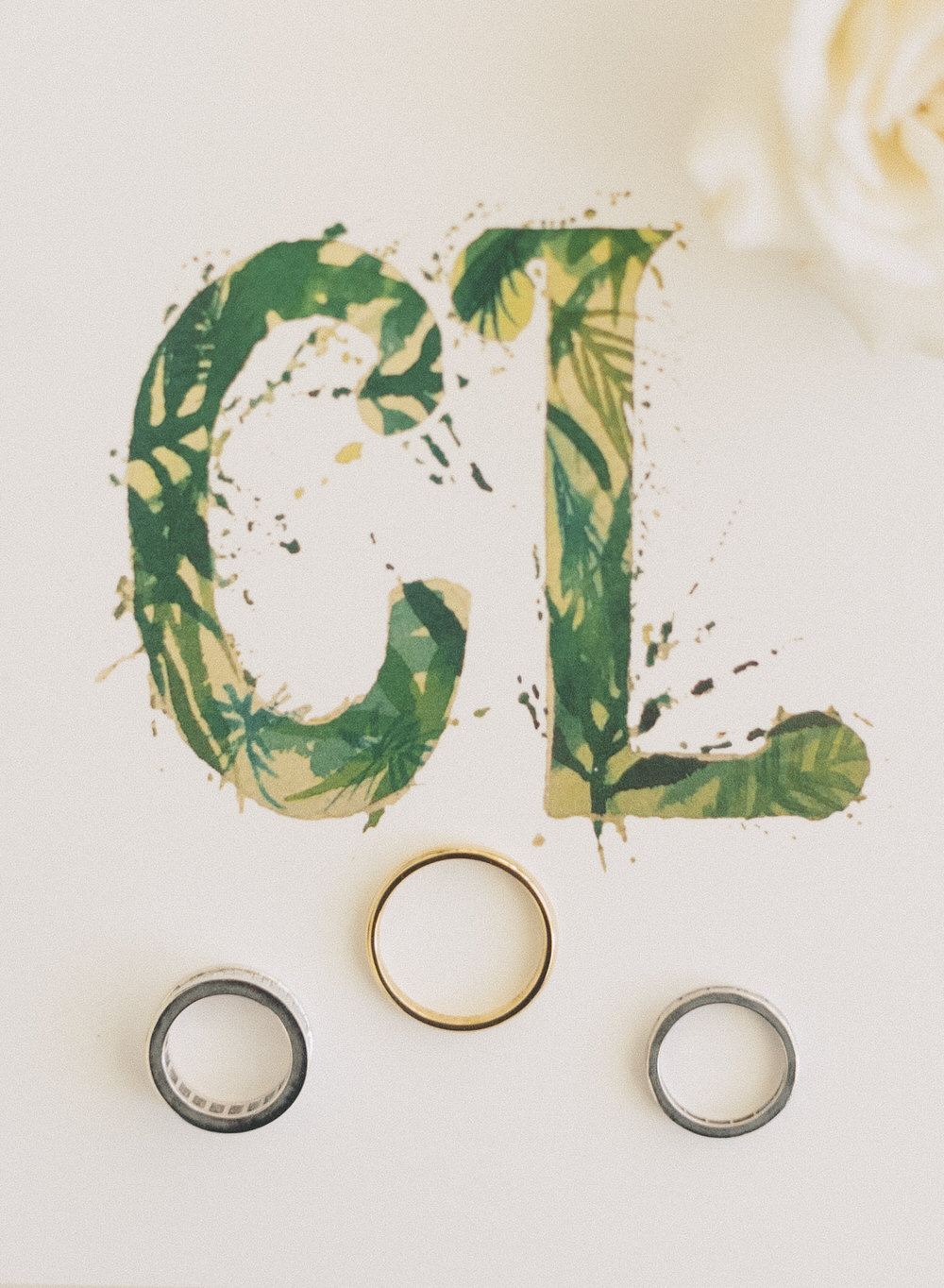 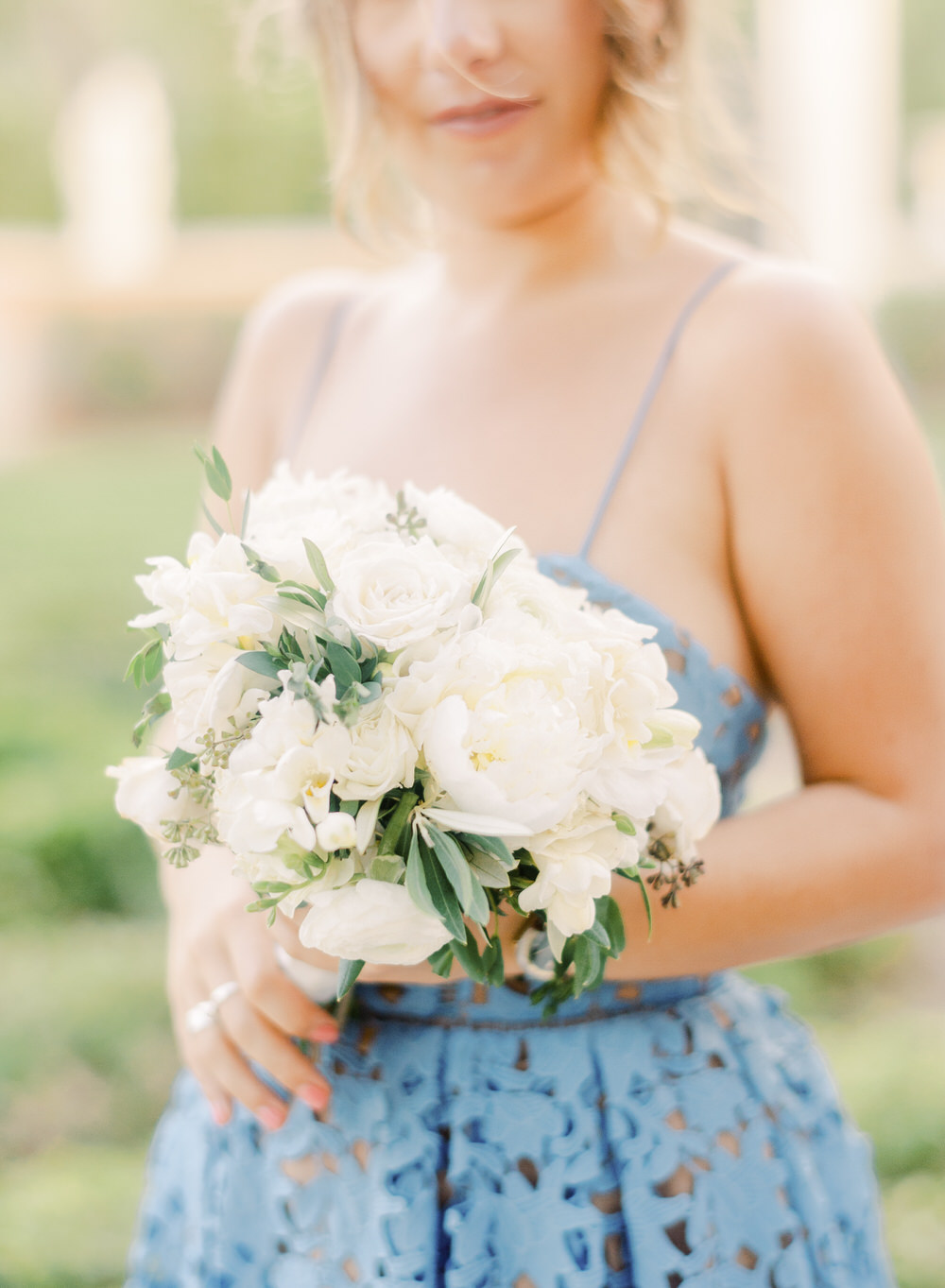 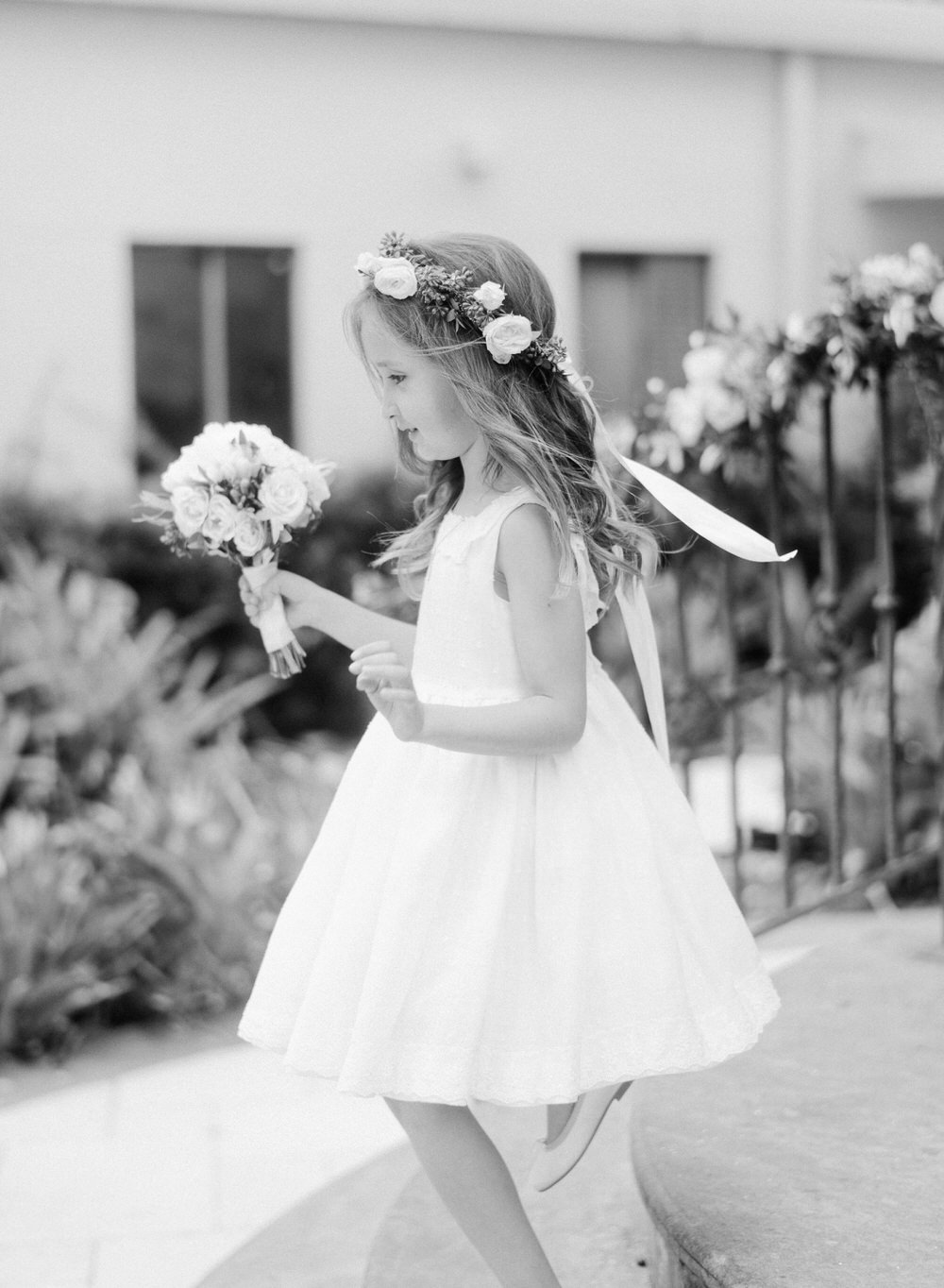 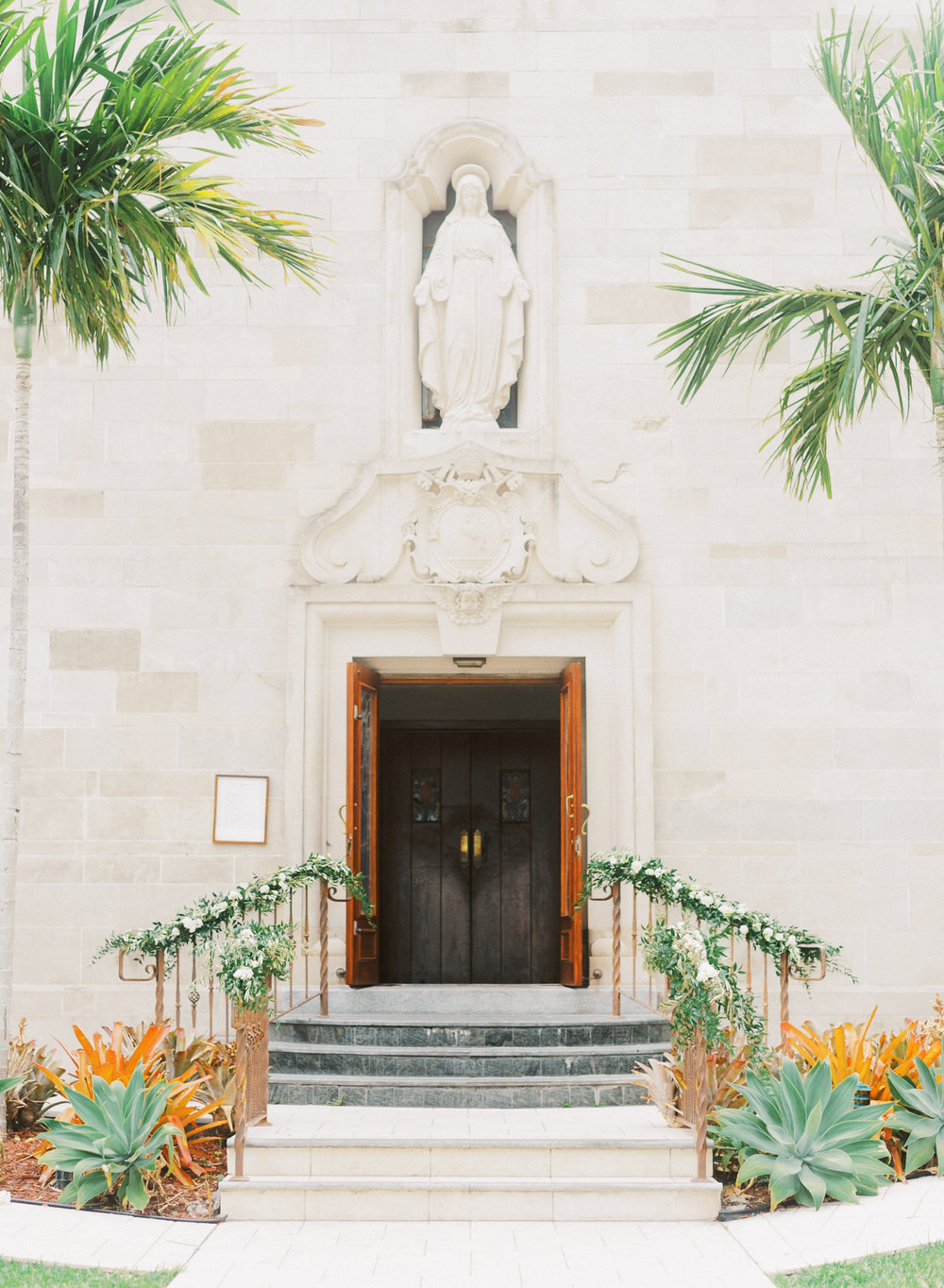 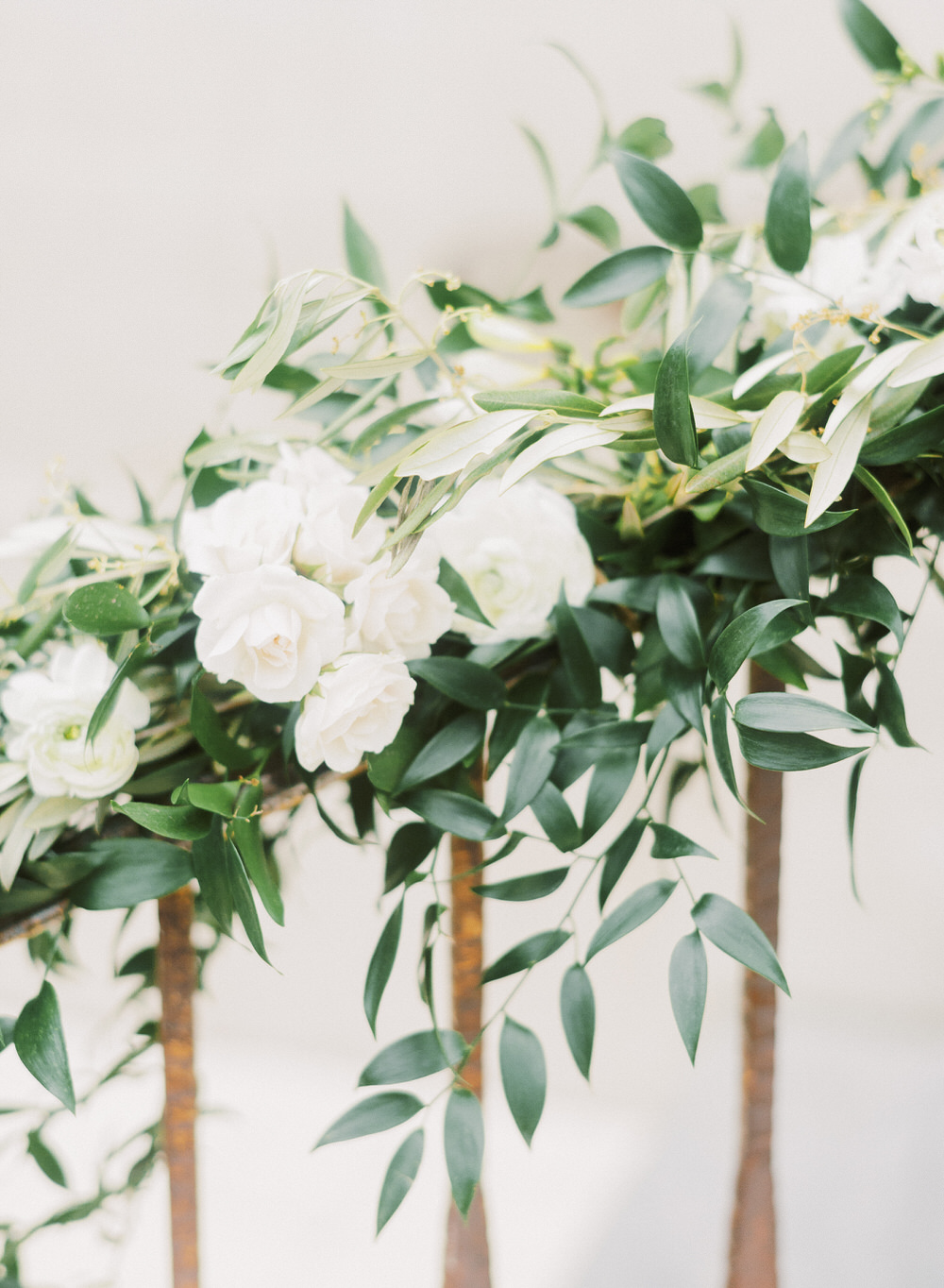 From the photographer, Merari Teruel: Carolina and Lisandro crossed paths at the University of Pennsylvania, where he was a senior exchange student and she was a freshman. They became Facebook friends but lost touch until they bumped into each other again at a party in New York. After two years of dating, Lisandro took Carolina to the MoMa and proposed in front of a painting by her favorite artist. 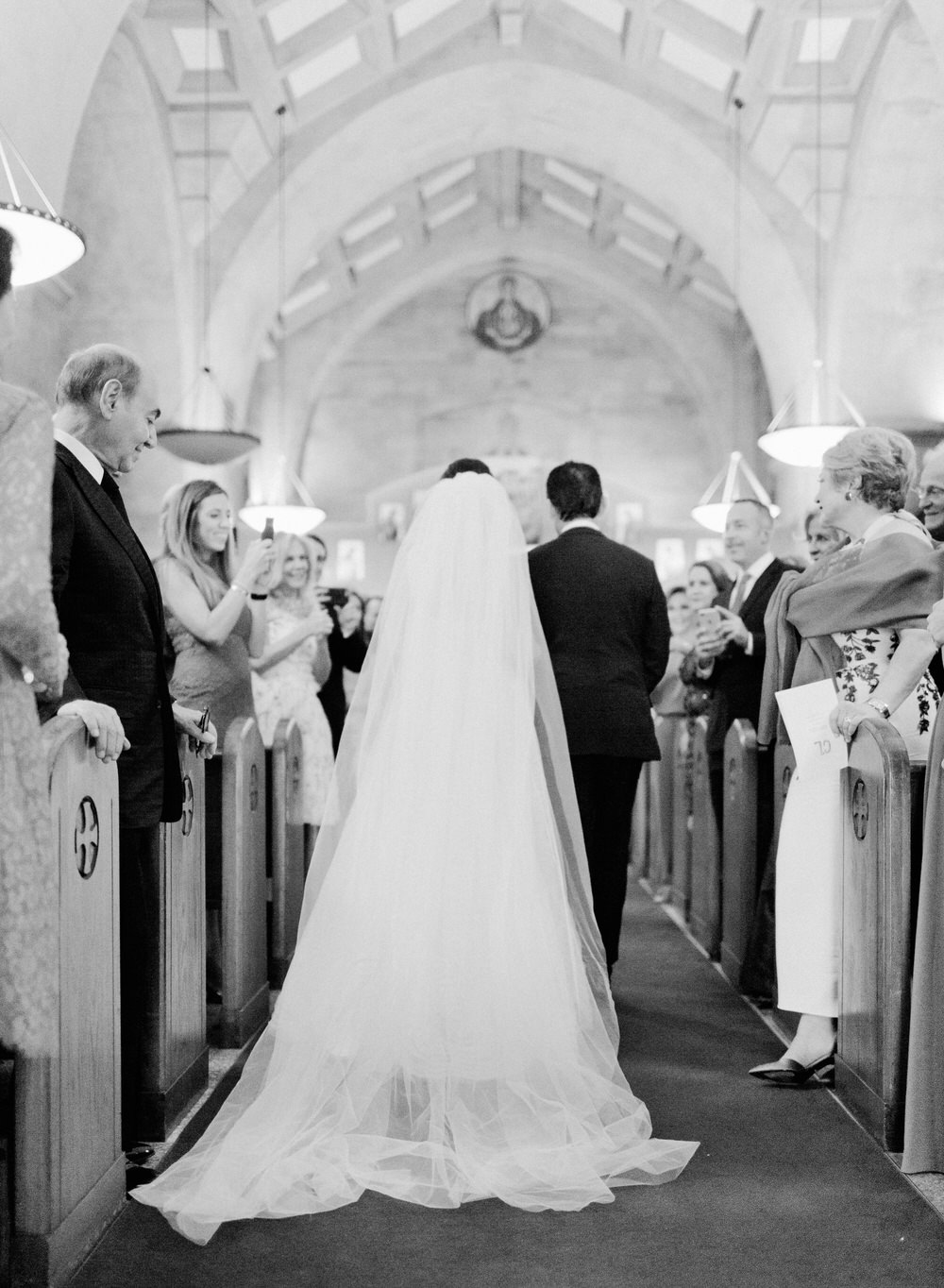 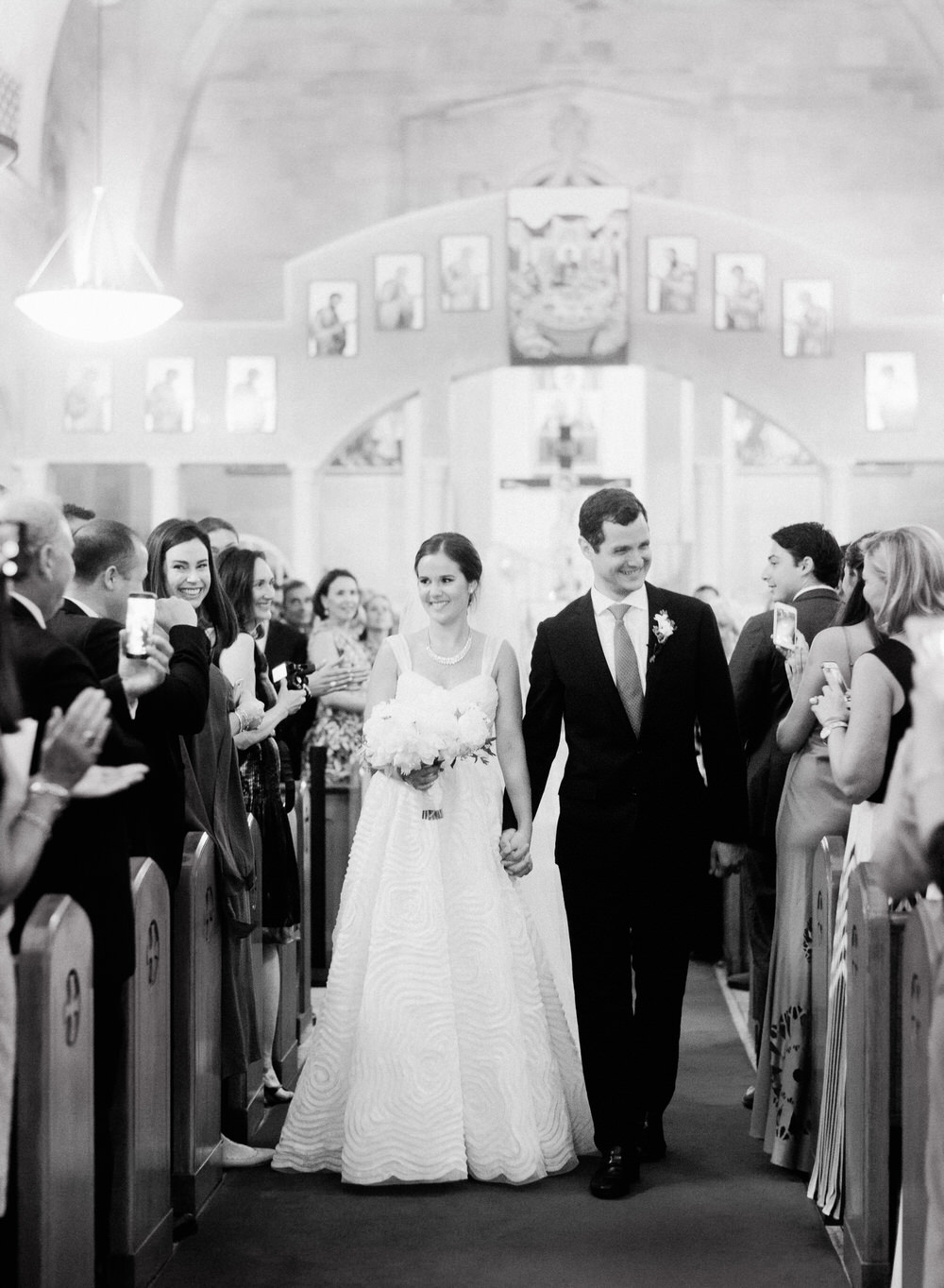 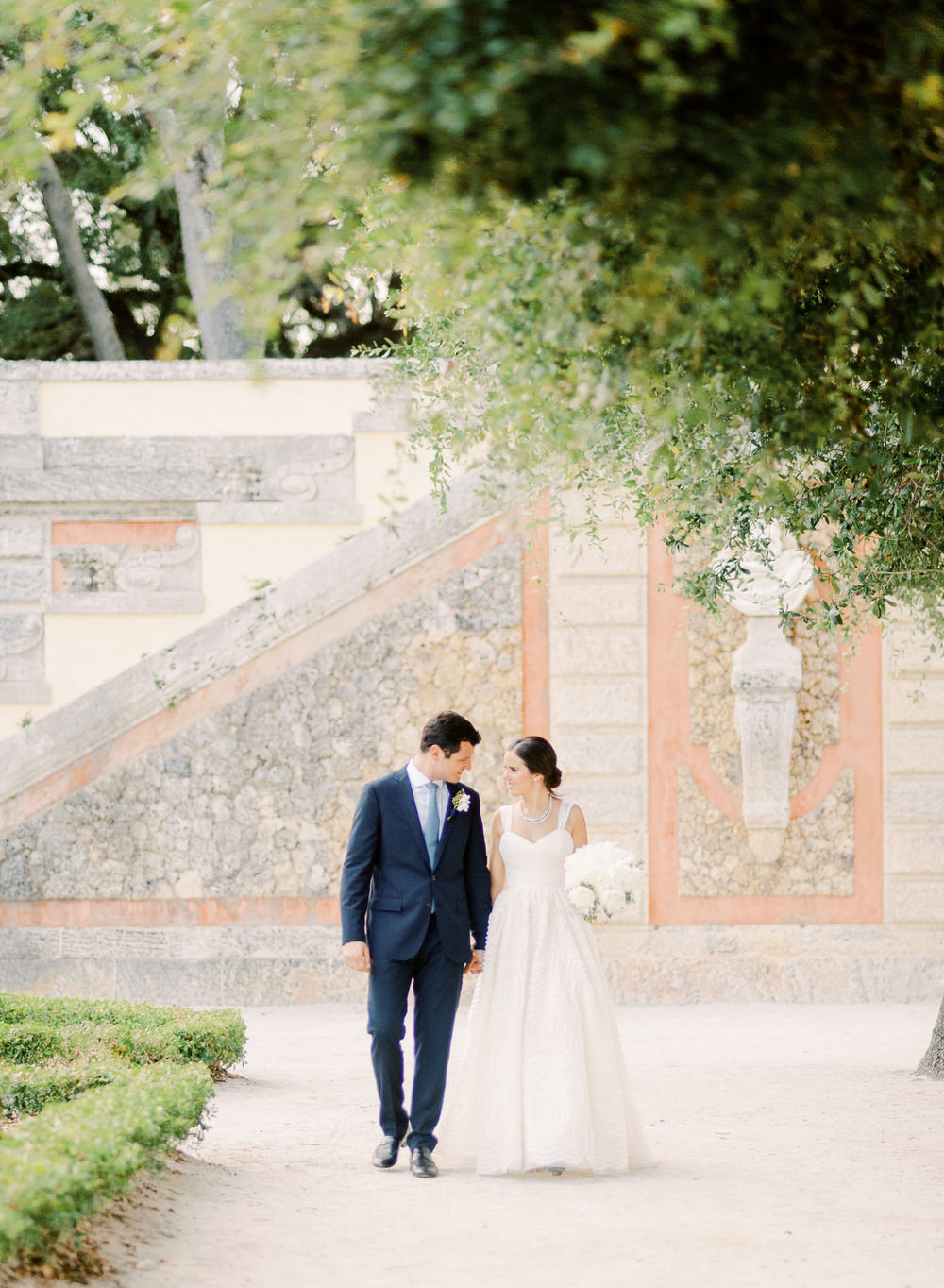 They agreed to tie the knot in Miami, Carolina’s home town and quickly became enamored with Vizcaya Gardens, an Italian villa on the water with spectacular gardens so beautiful it needed minimal decor. Together with Masi Events they decided on a chic, tropical Latin vibe. 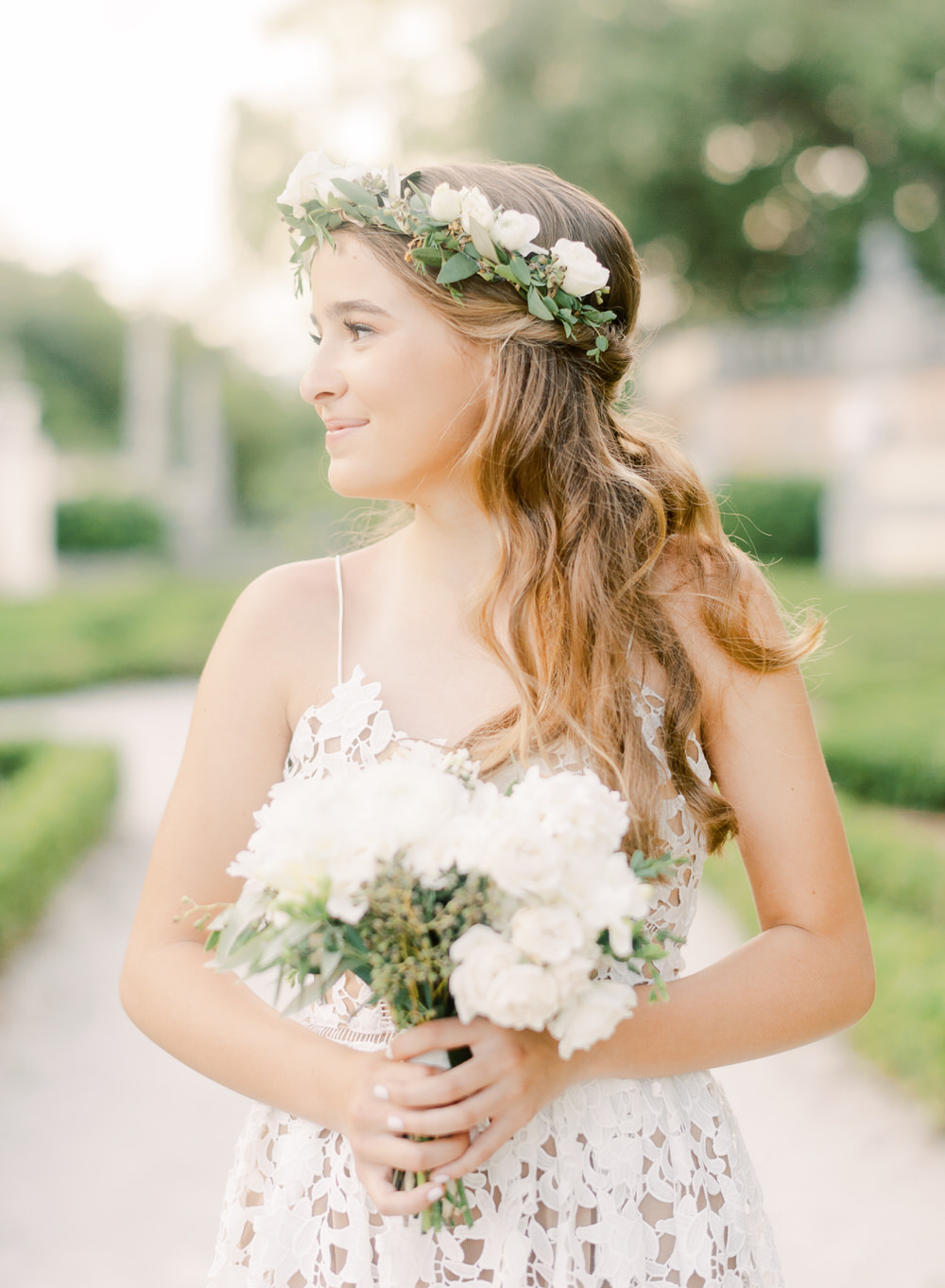 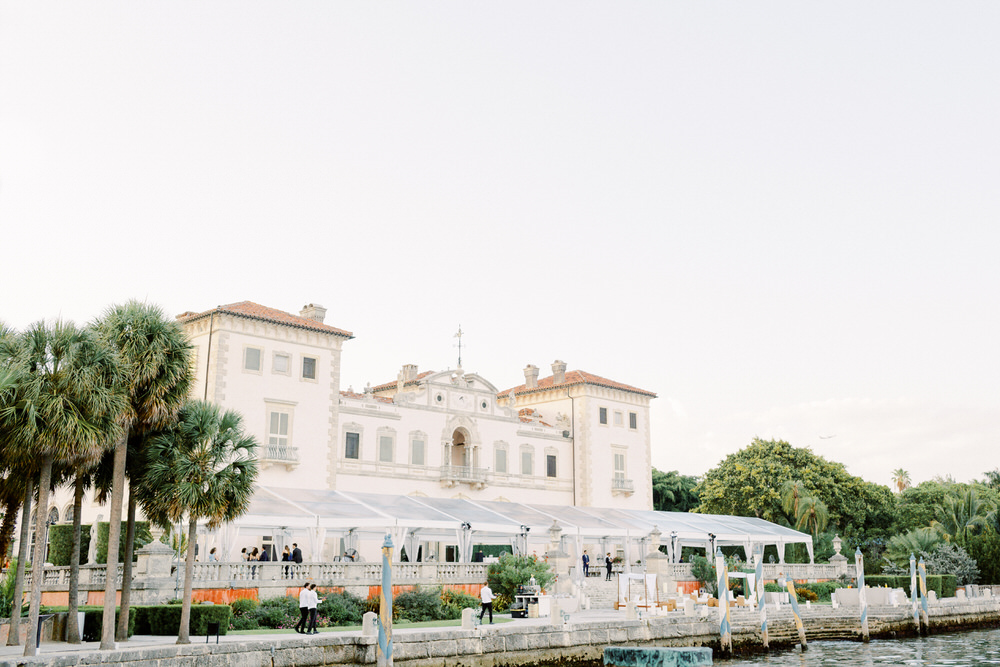 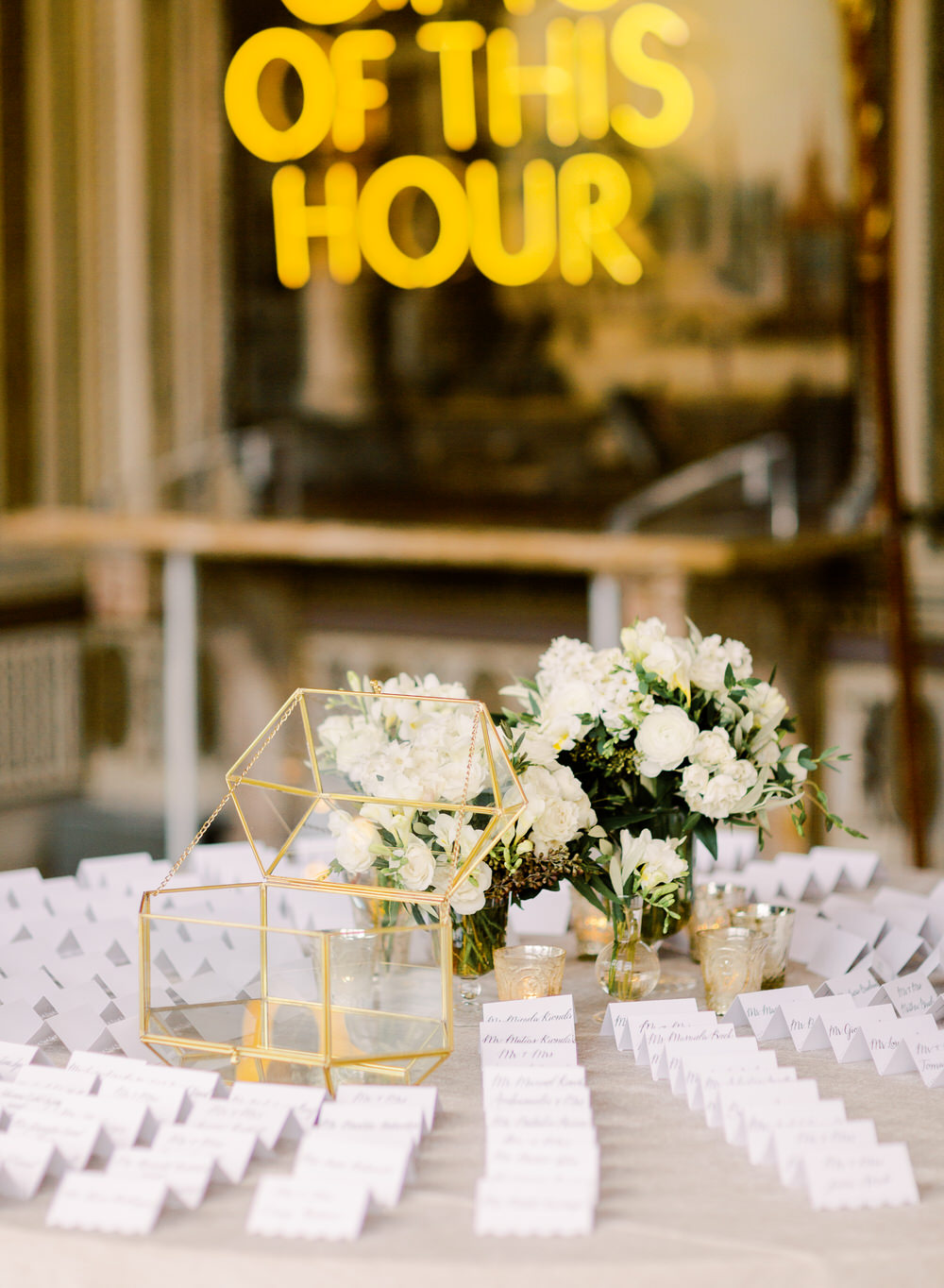 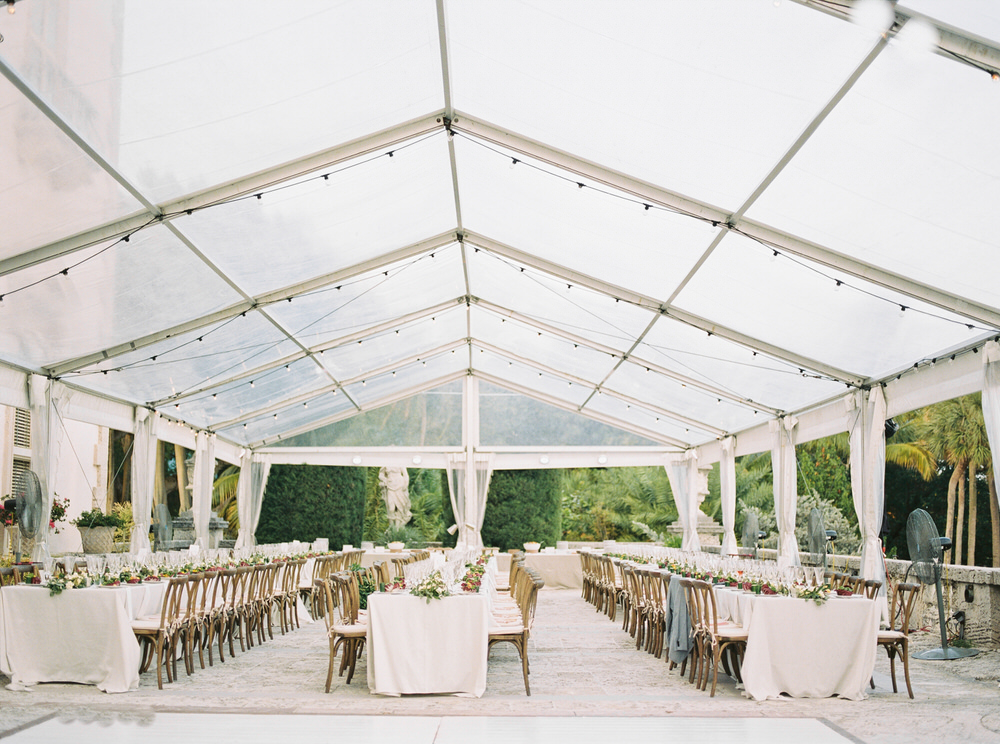 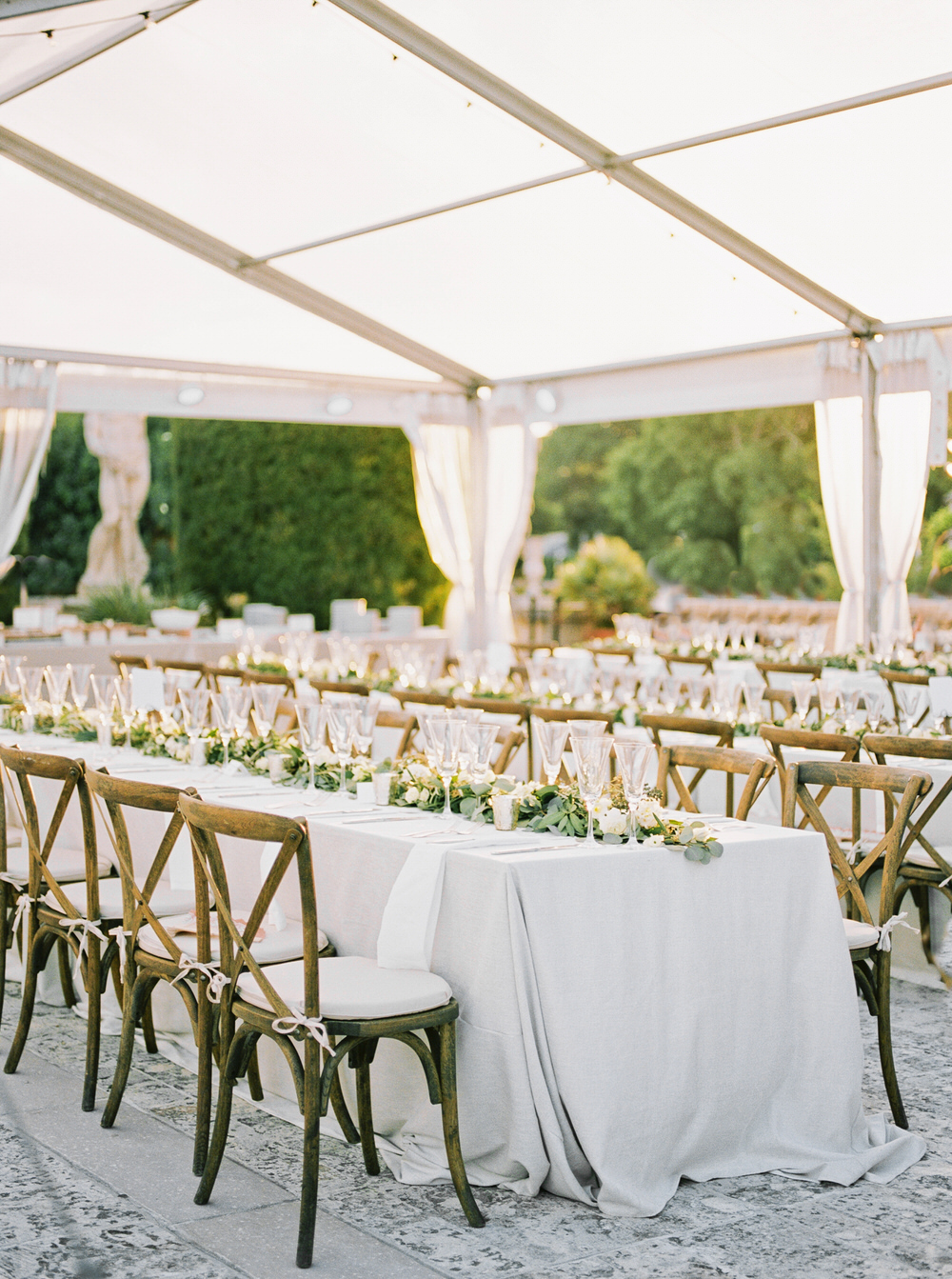 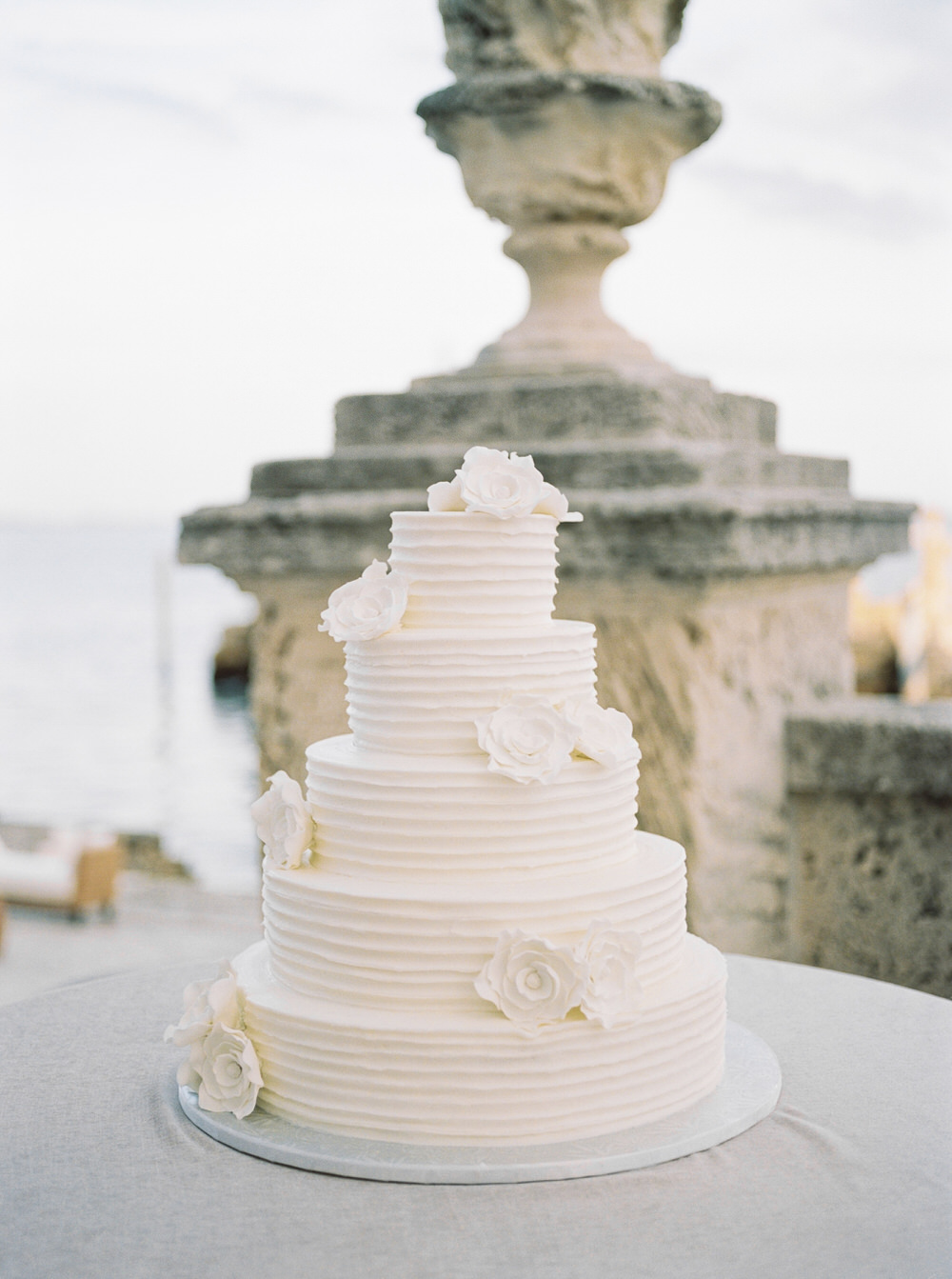 Carolina’s gown had hand pleated organza details and wore a family heirloom necklace that her mother, grandmother, and great-grandmother all wore to their own weddings. The Groom and his groomsmen wore matching J.Crew navy blue linen suits and the bridesmaids wore blue Self Portrait dresses, while the bride’s 14-year-old sister wore the same dress in a white version. Before their ceremony at a Catholic Church, the bride and groom met before at Carolina’s grandfather’s house for their first look where Lisandro burst into tears when he saw his bride. 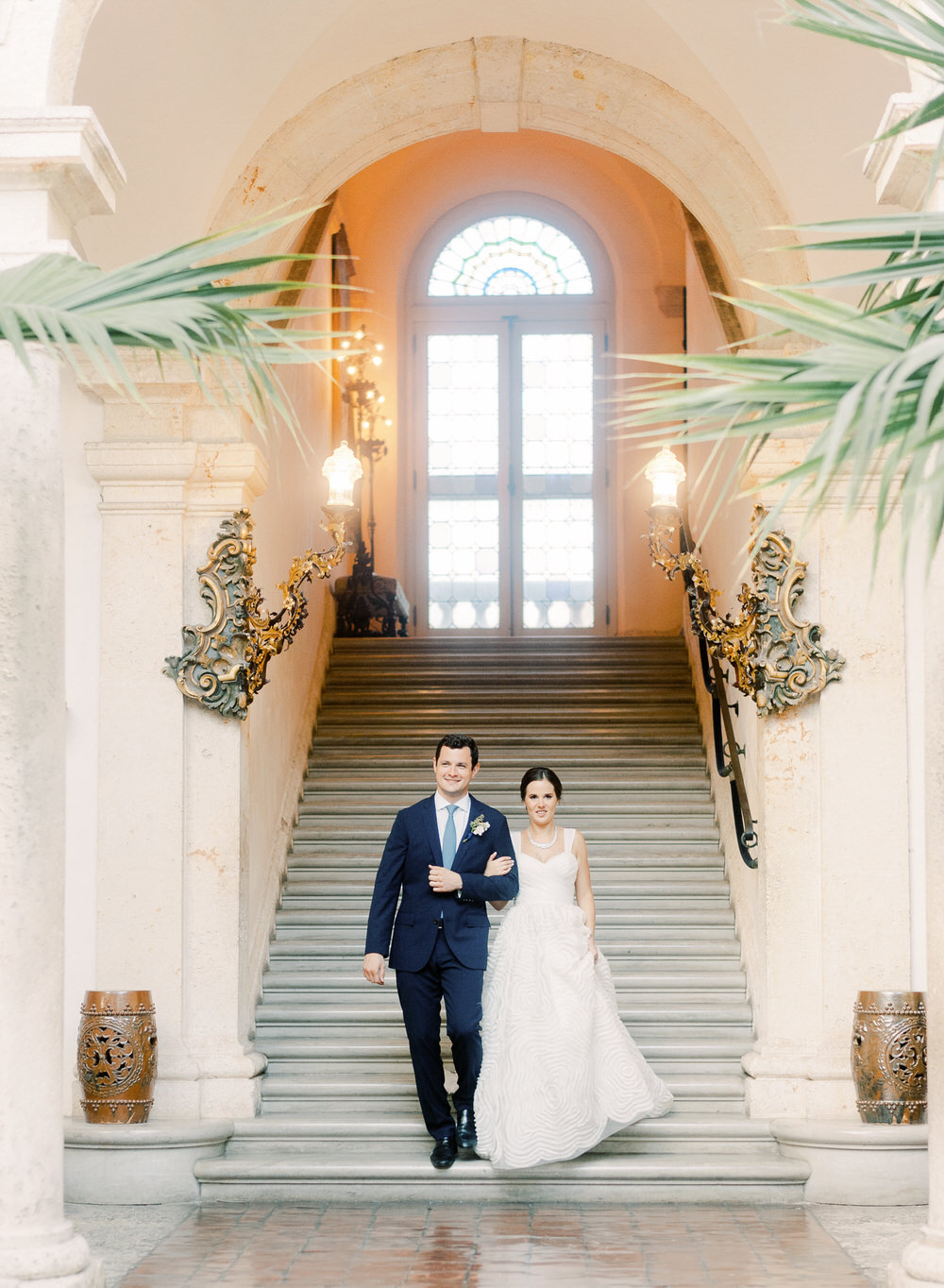 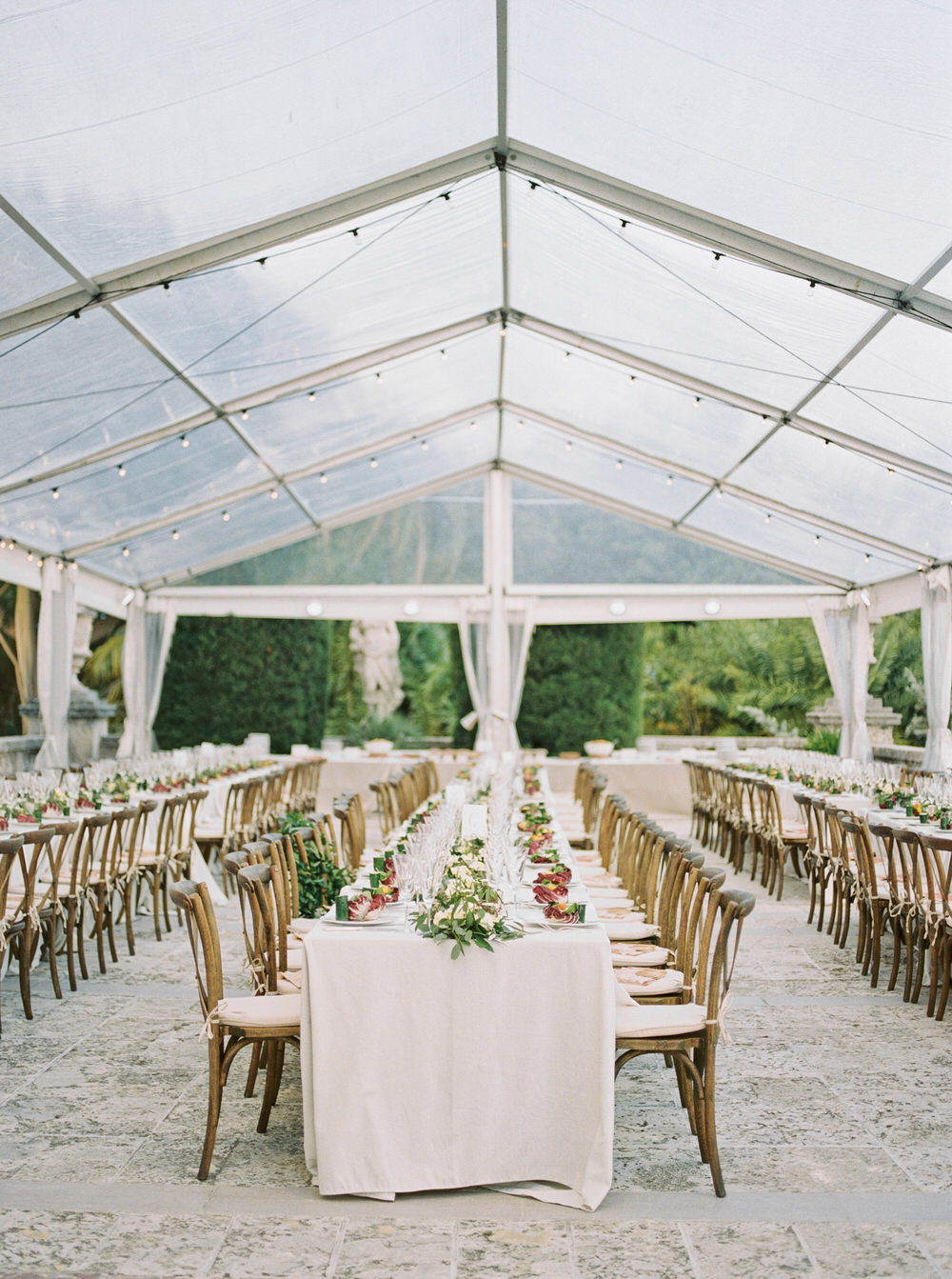 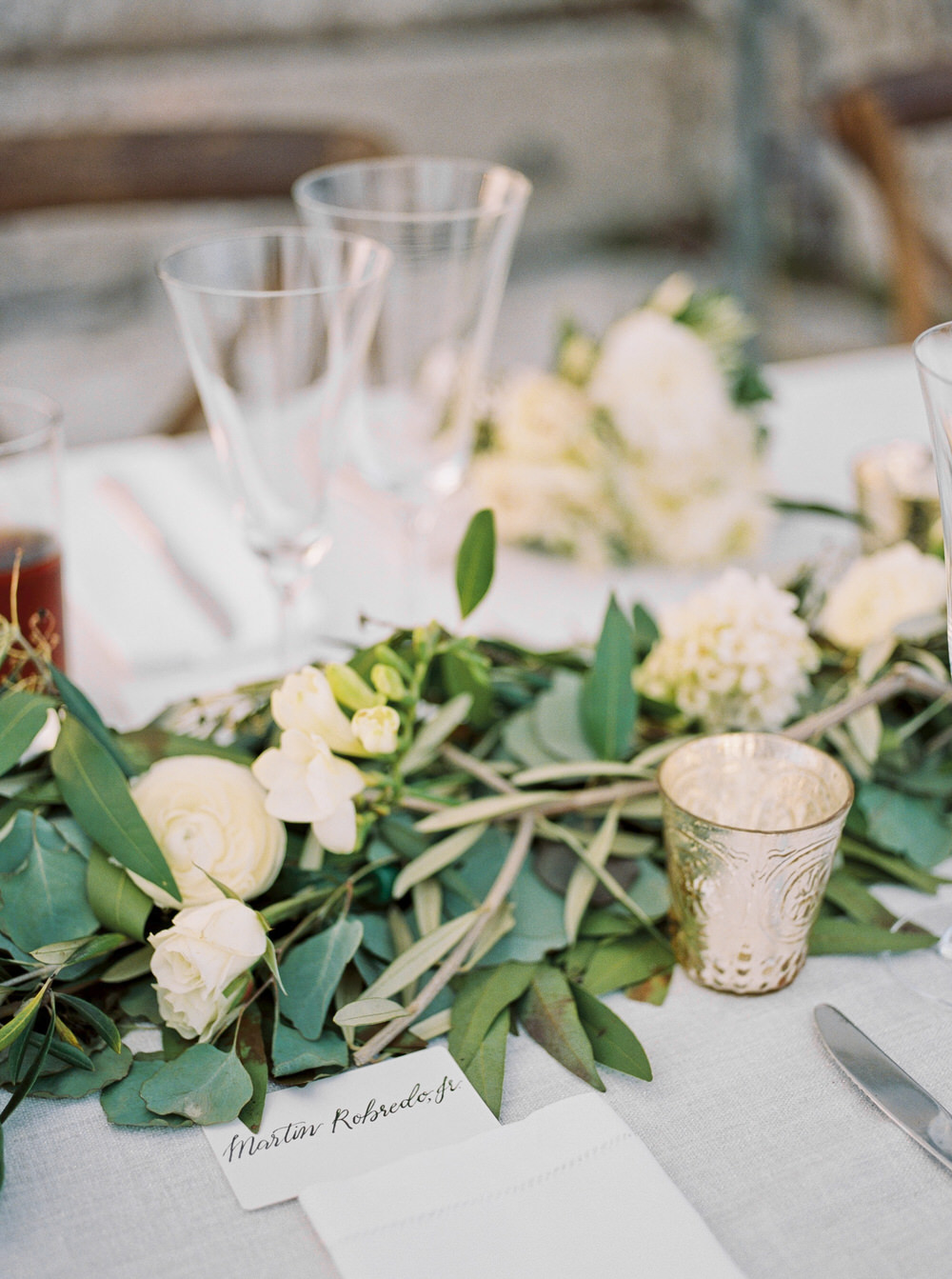 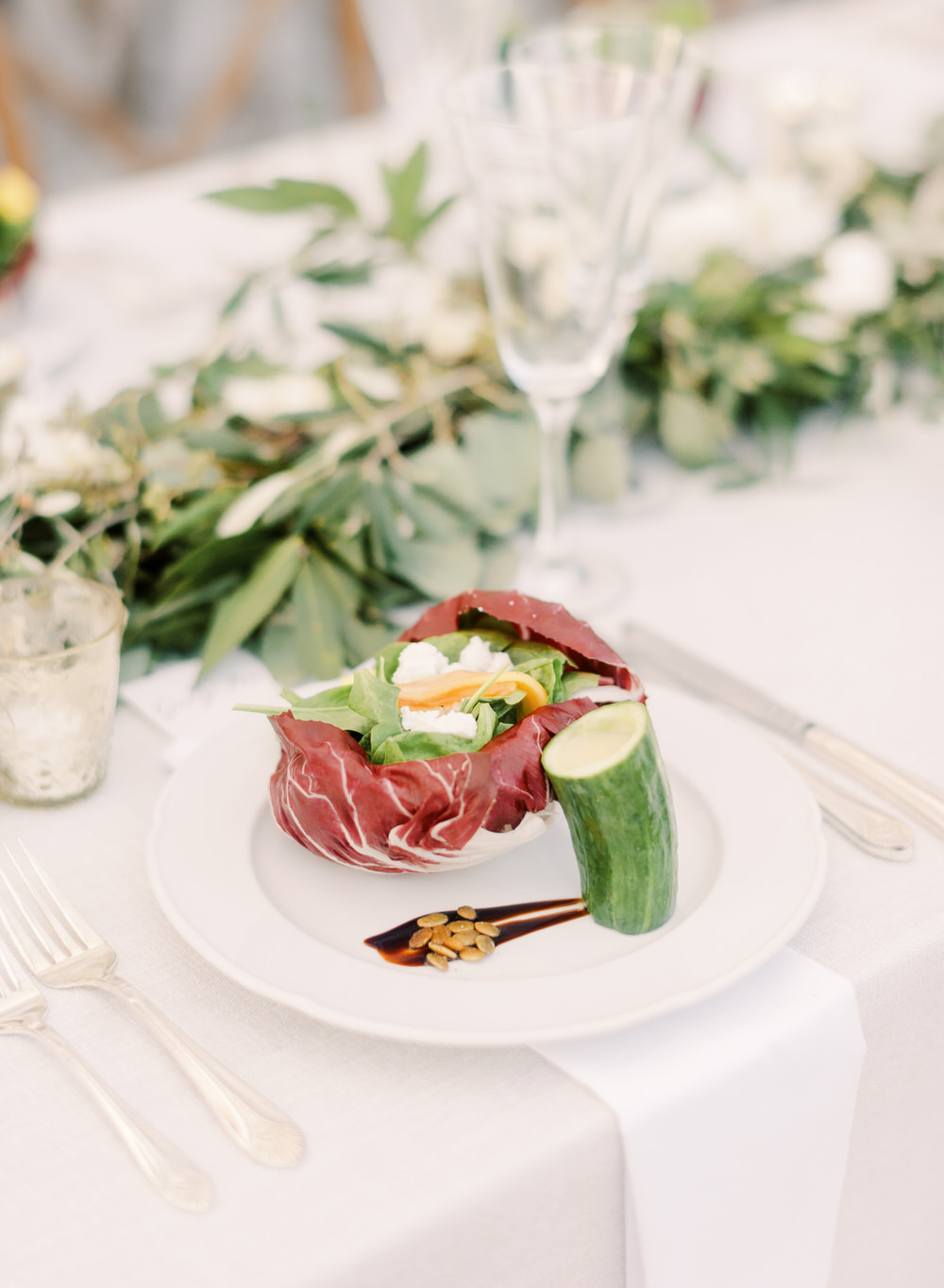 The reception had several Latin American details throughout. Empanadas and arepas were served as appetizers, while tres leches and alfajores were given out as treats. Their wedding cake was a rum cake from Edda’s, a Cuban bakery, while a Cuban band played Buena Vista Social Club songs during cocktail hour. But the best part of the night happened when guests enjoyed the traditional “hora loca,” which gives guests the chance to dance and let loose with fun props including flowers crowns, beachcomber hats, pineapple sunglasses and orange espadrilles for the girls. They finished the long night of dancing with a fun send-off right at the stroke of midnight, starting a new day and a new life together. 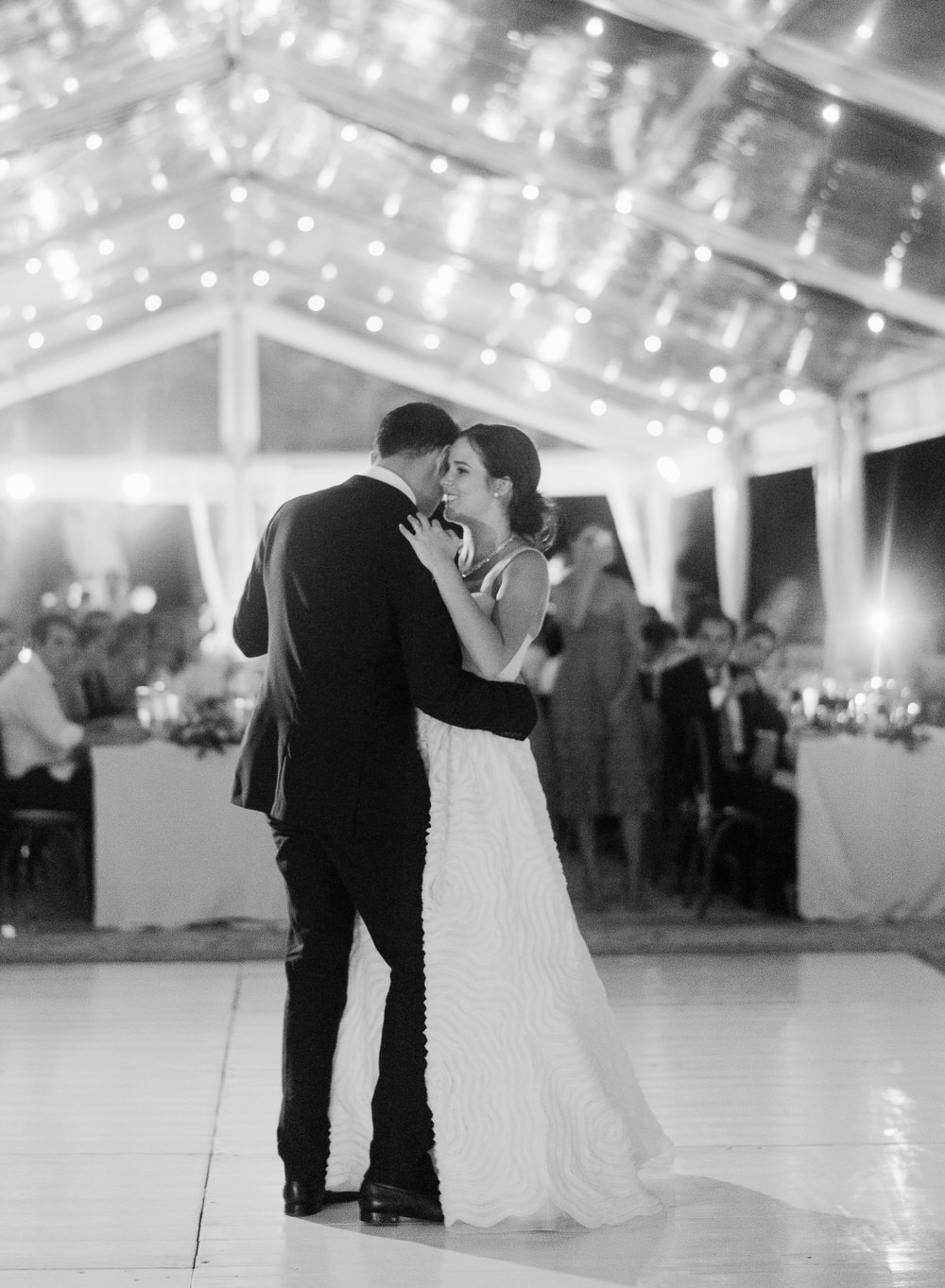 This ultra chic wedding in Vizcaya Gardens is absolutely gorgeous and something like this takes a lot of planning! So while you’re going through your wedding checklist, here are 6 tips to help keep you sane.