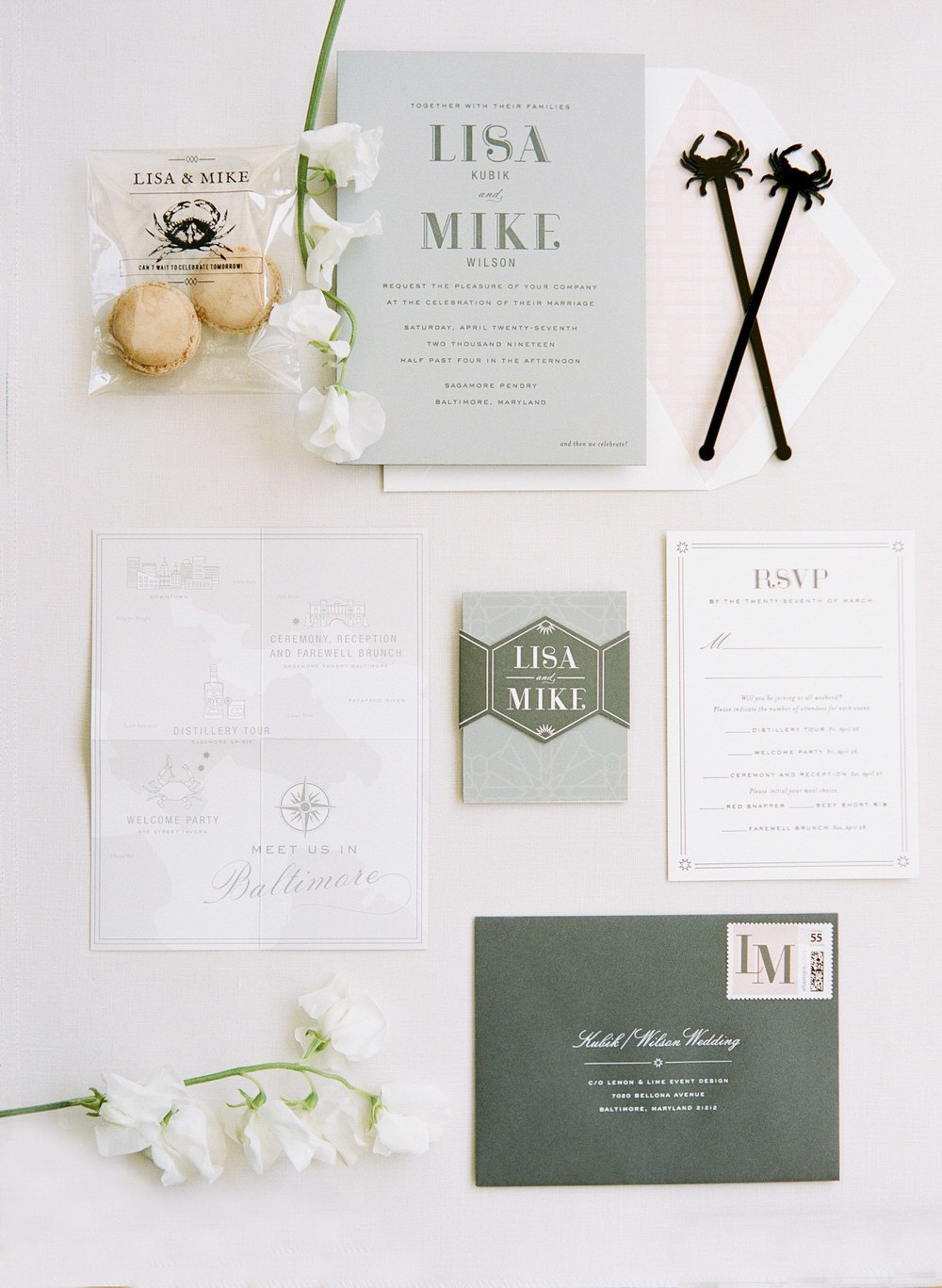 This modern and sophisticated monochromatic wedding in Biltmore’s Sagamore Pendry Hotel is our new obsession. Because when your guests fly from all over the world you know you’re throwing one incredible party thanks to the detailed planning of Lemon & Lime Event Design! Filled with thoughtful touches from their hometowns, Lisa and Mike’s wedding day is one for the books. We’re especially loving the massive bow detail on the bride’s dress and the geometric wedding arch dripping with white hydrangeas and orchids. So if you’re in need of some modern wedding inspo then look no further than Lisa Blume‘s stunning photos below. #droolworthy 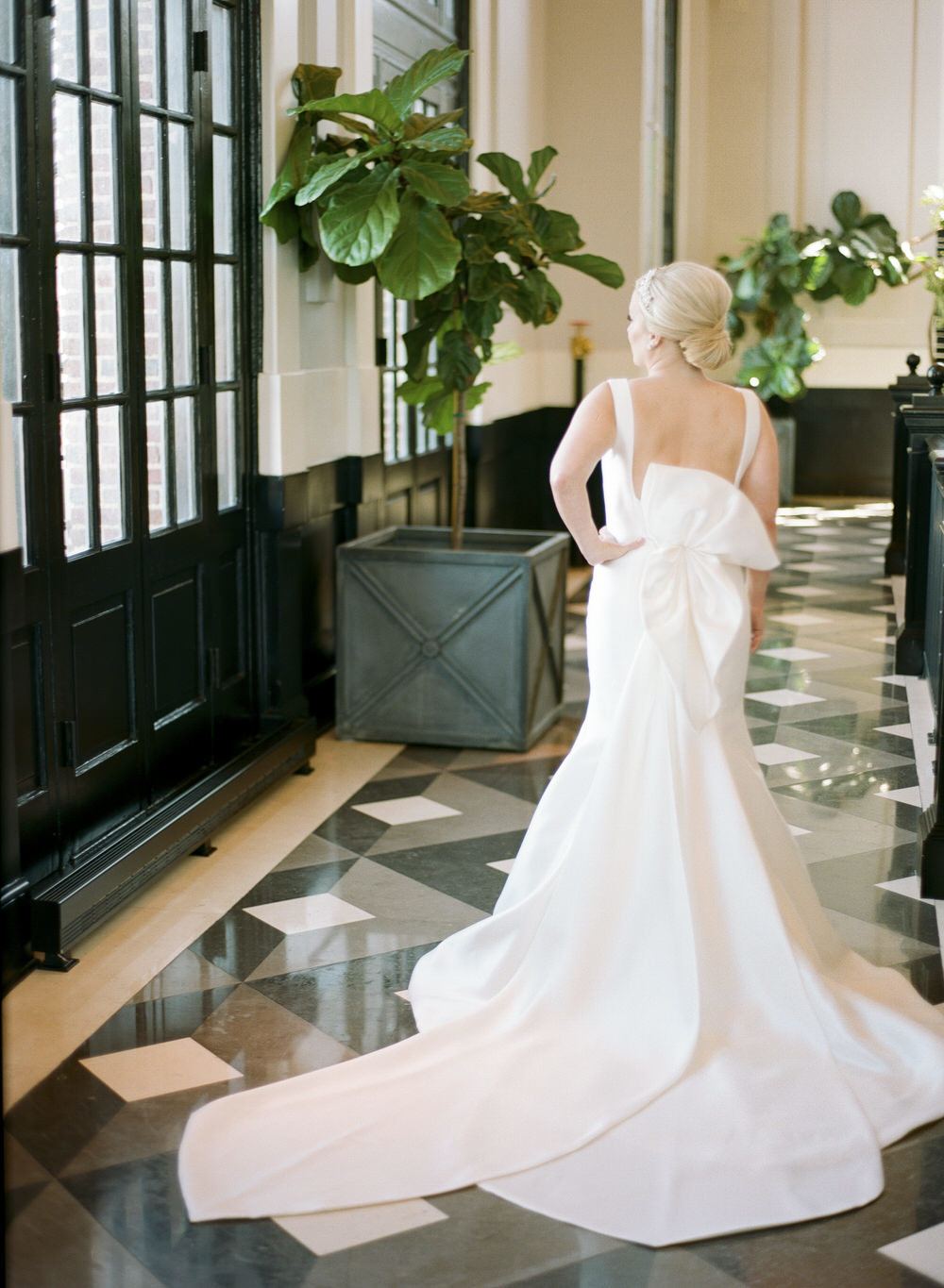 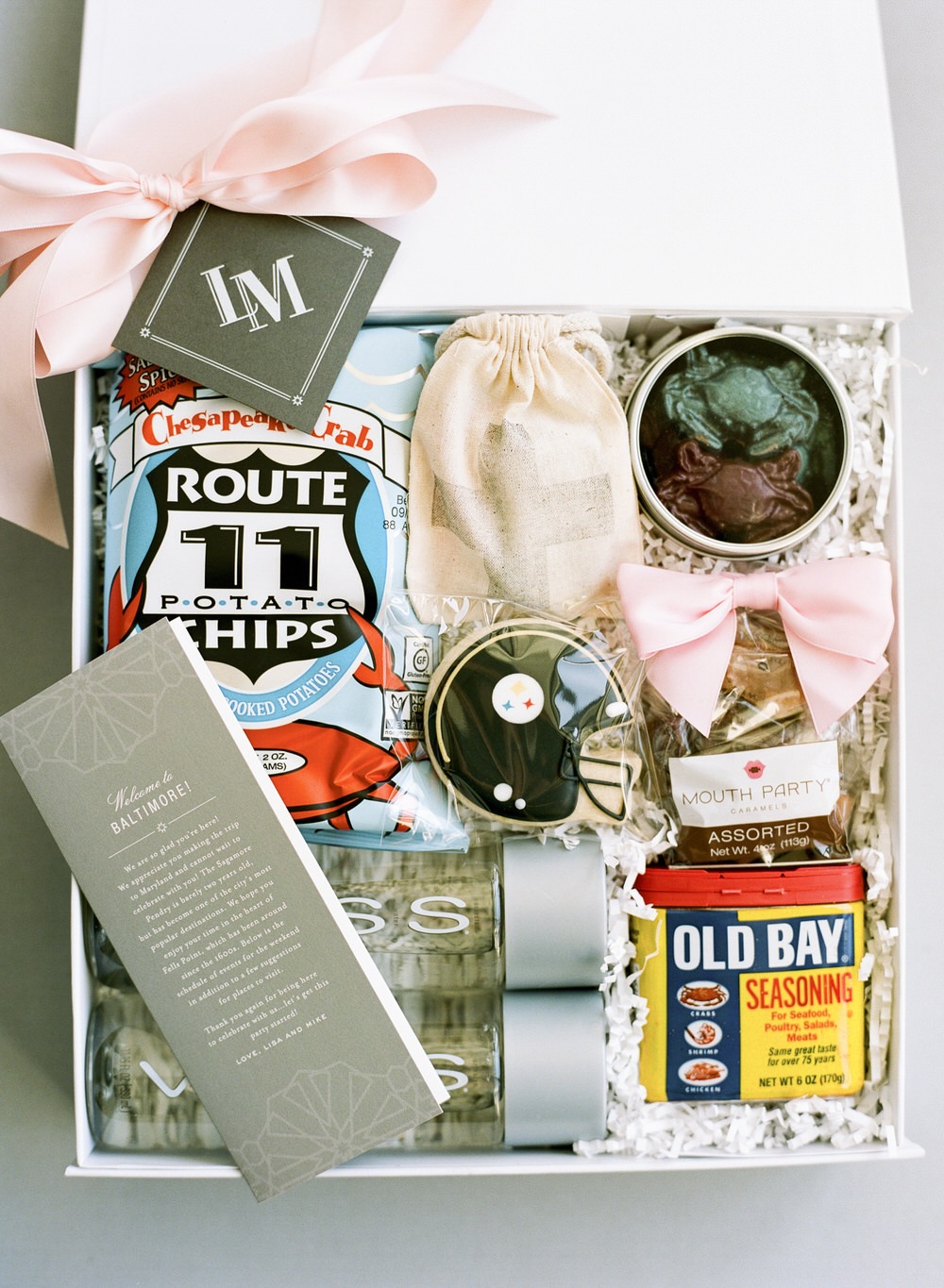 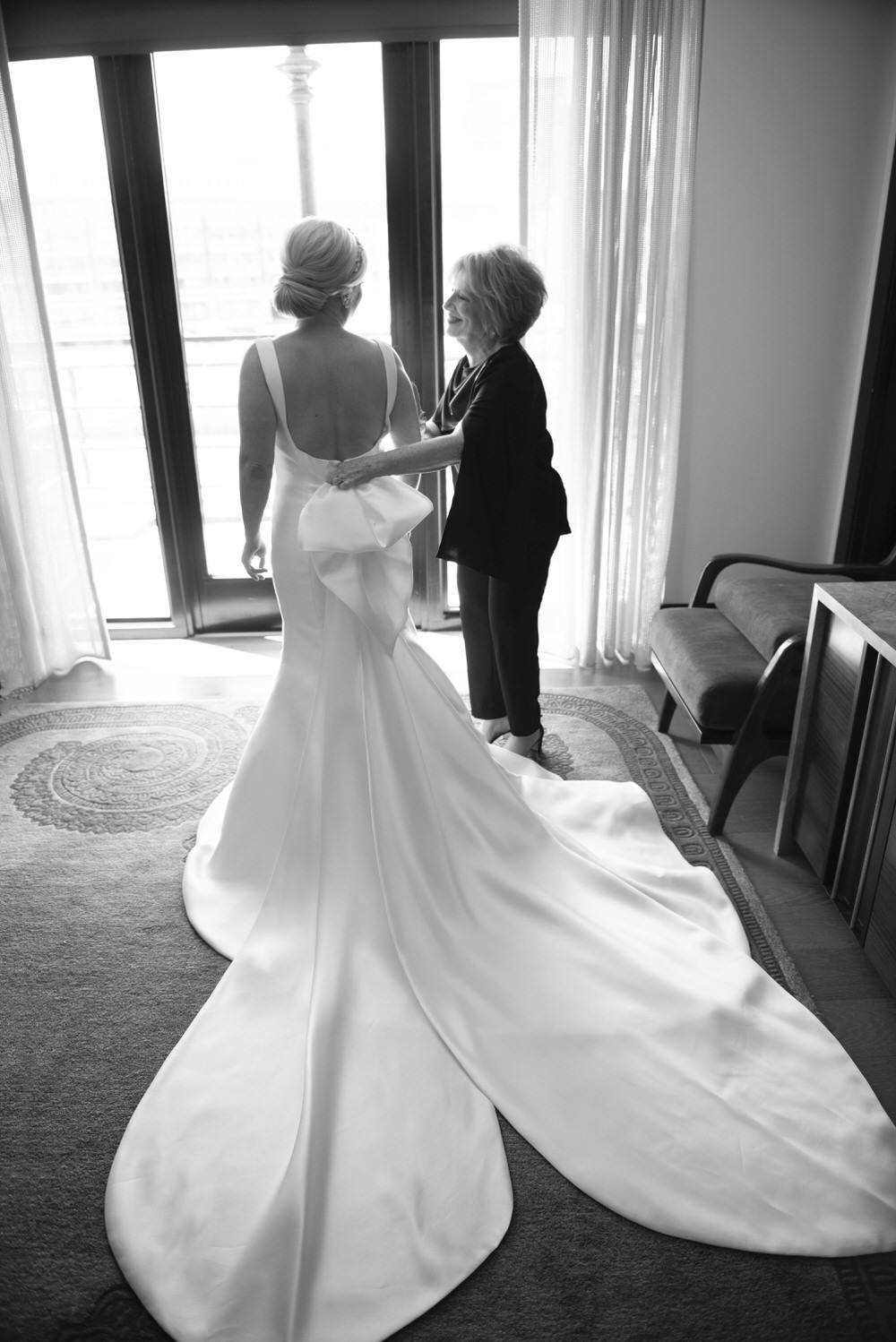 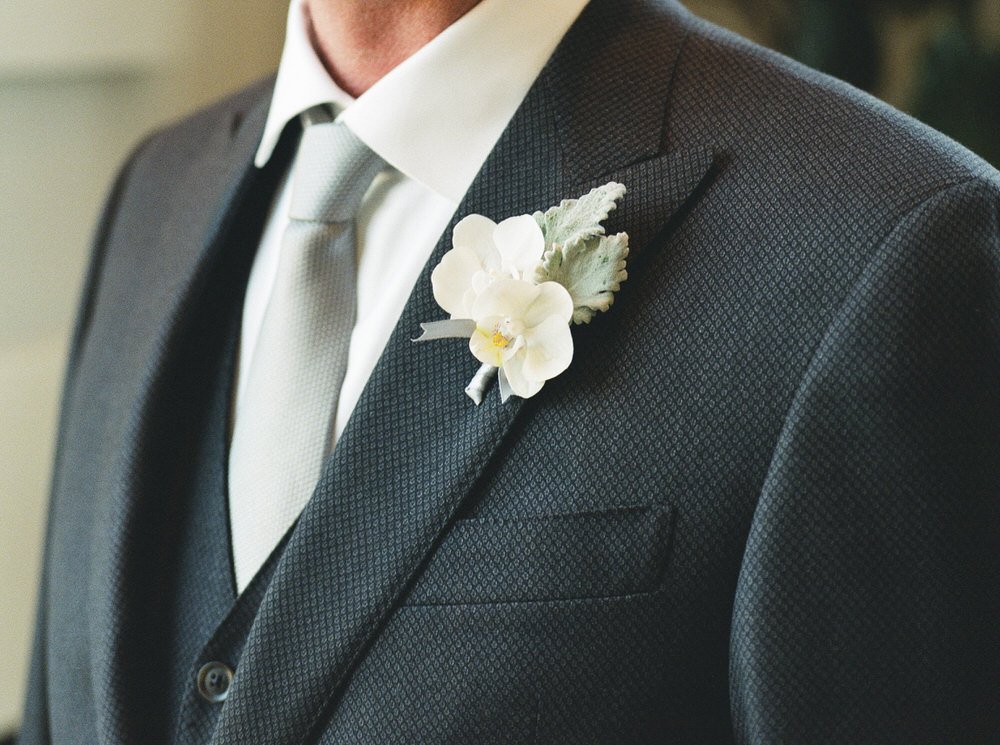 From the photographer, Lisa Blume: Lisa and Mike were friends at a younger age, but it wasn’t until later in life when they reconnected that their love story began. Mike’s two sons took part in the ceremony; they all lit a 4-wick unity candle symbolizing officially becoming a family. Lisa’s tears as she walked toward Mike and the boys left everyone a little emotional. Mike’s company makes the barrels that Sagamore Spirit is distilled in, so it made sense for this Pittsburgh-loving couple to travel to Baltimore to get married. They brought touches of their hometown (Pittsburgh) into the weekend via items in the welcome box (Steelers cookies) and the late night snack (perogies). Other items like crab chips and Old Bay seasoning highlighted their wedding city, creating a fun mix of Pittsburgh and Baltimore for each guest. 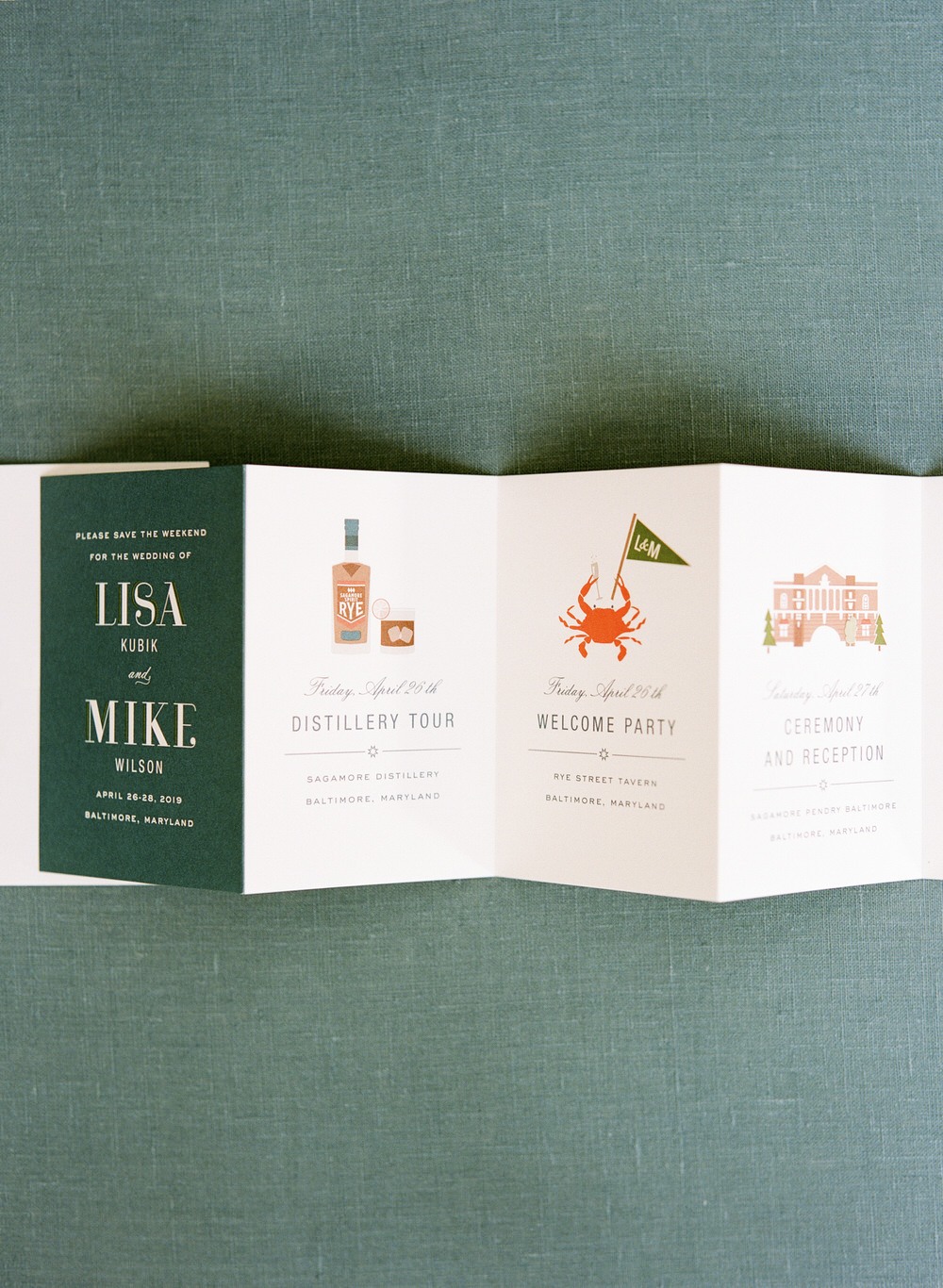 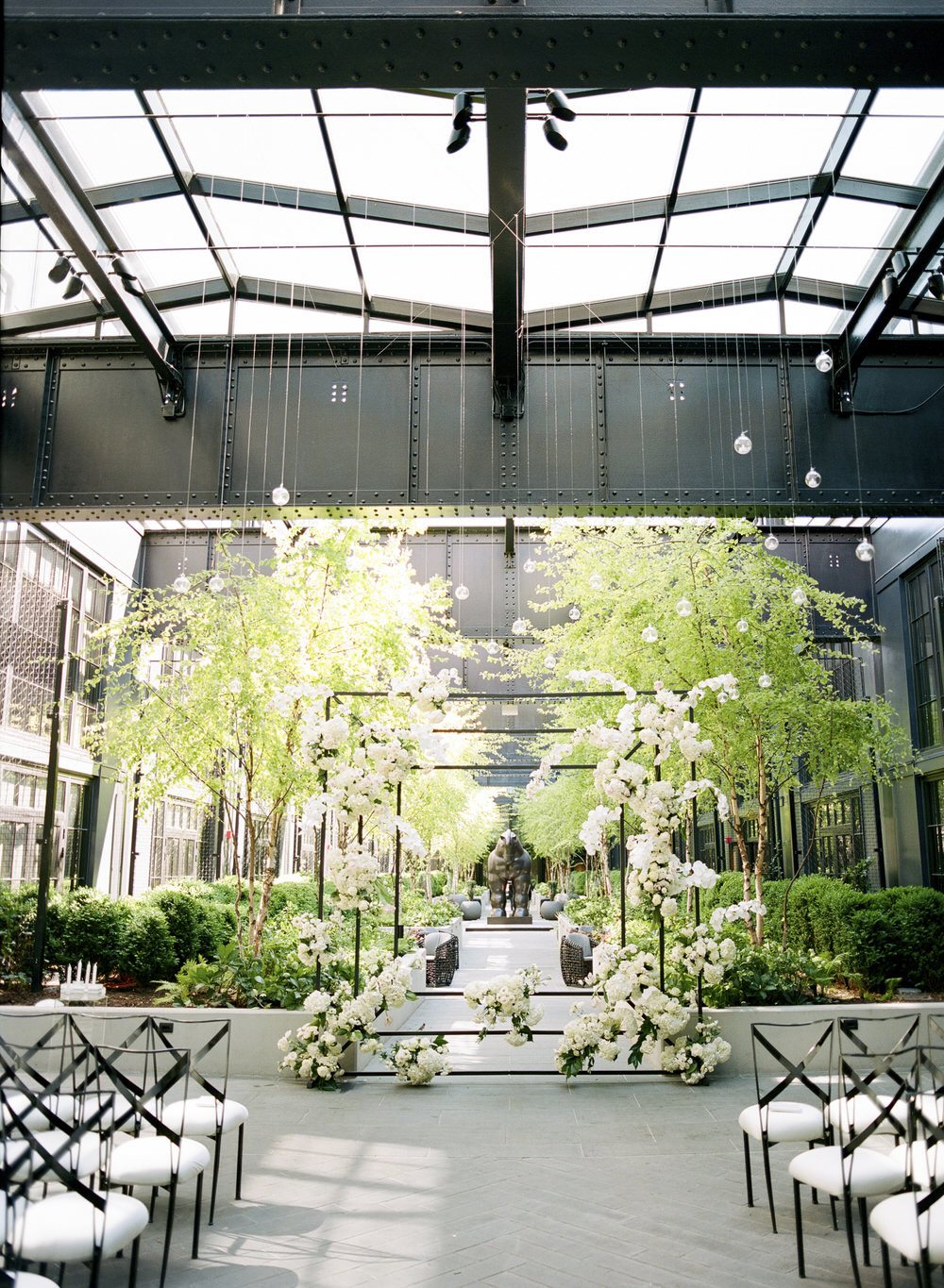 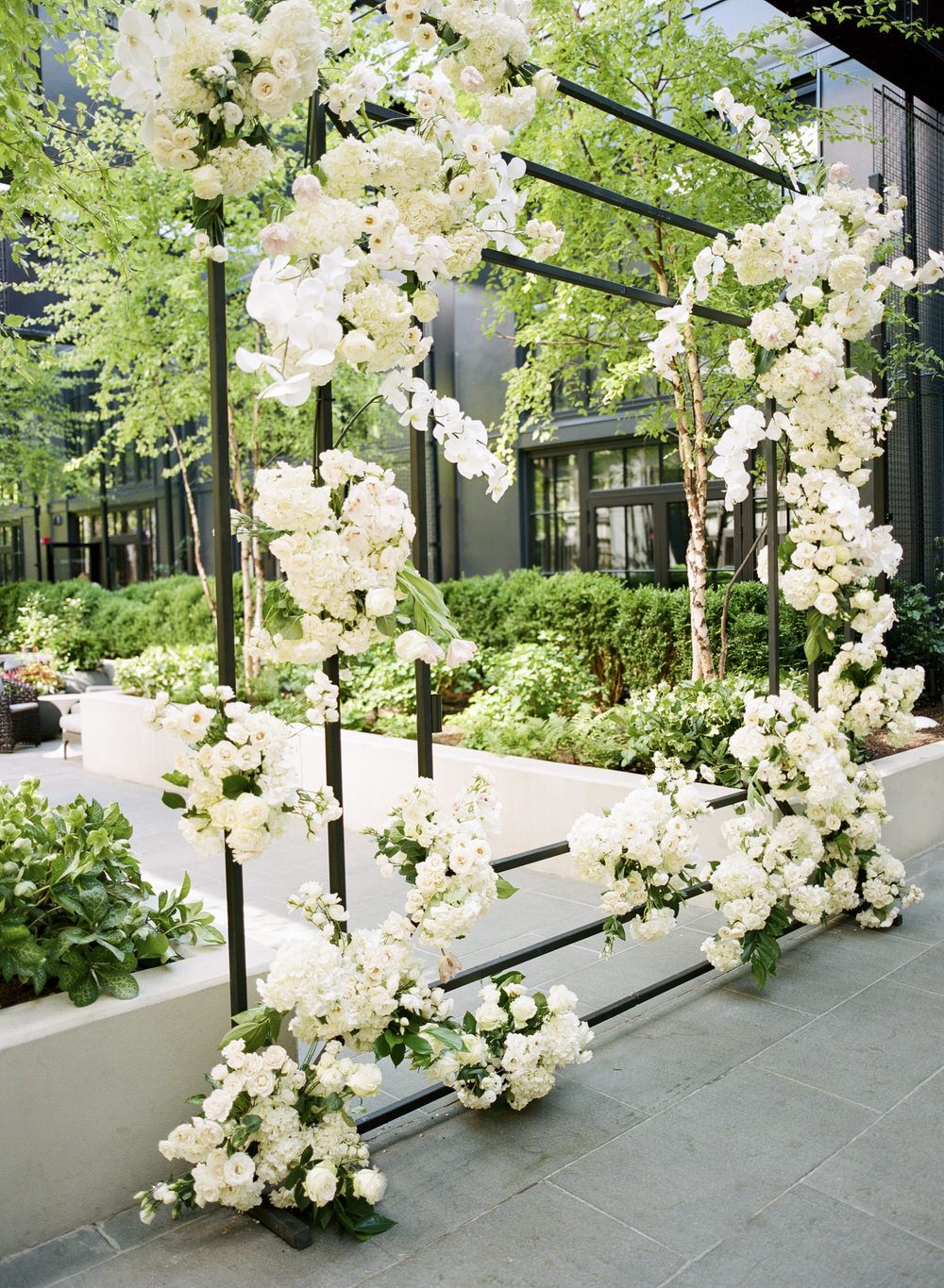 Since all of their guests were from out of town (some as far away as Australia), Lisa & Mike really wanted to treat them to a special weekend away from home. Everyone enjoyed a 3-day celebration around Baltimore, including an afternoon spent at the Sagamore distillery. After arriving via water taxi, guests enjoyed tours of the distillery as well as a waterside whisky tasting. A tornado warning forced everyone to stay a little longer, but no one seemed at all concerned about the tornado while surrounded by whiskey. 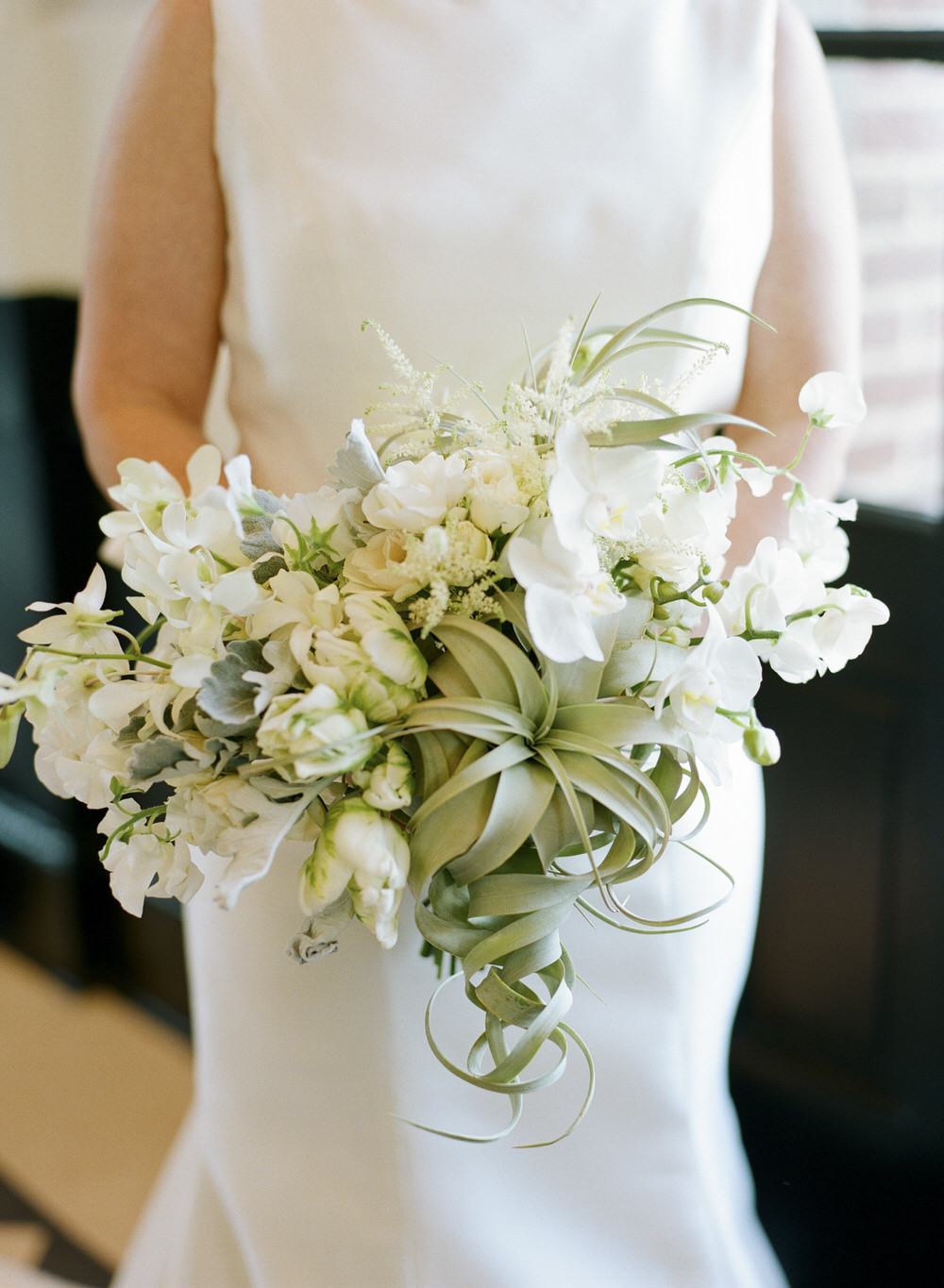 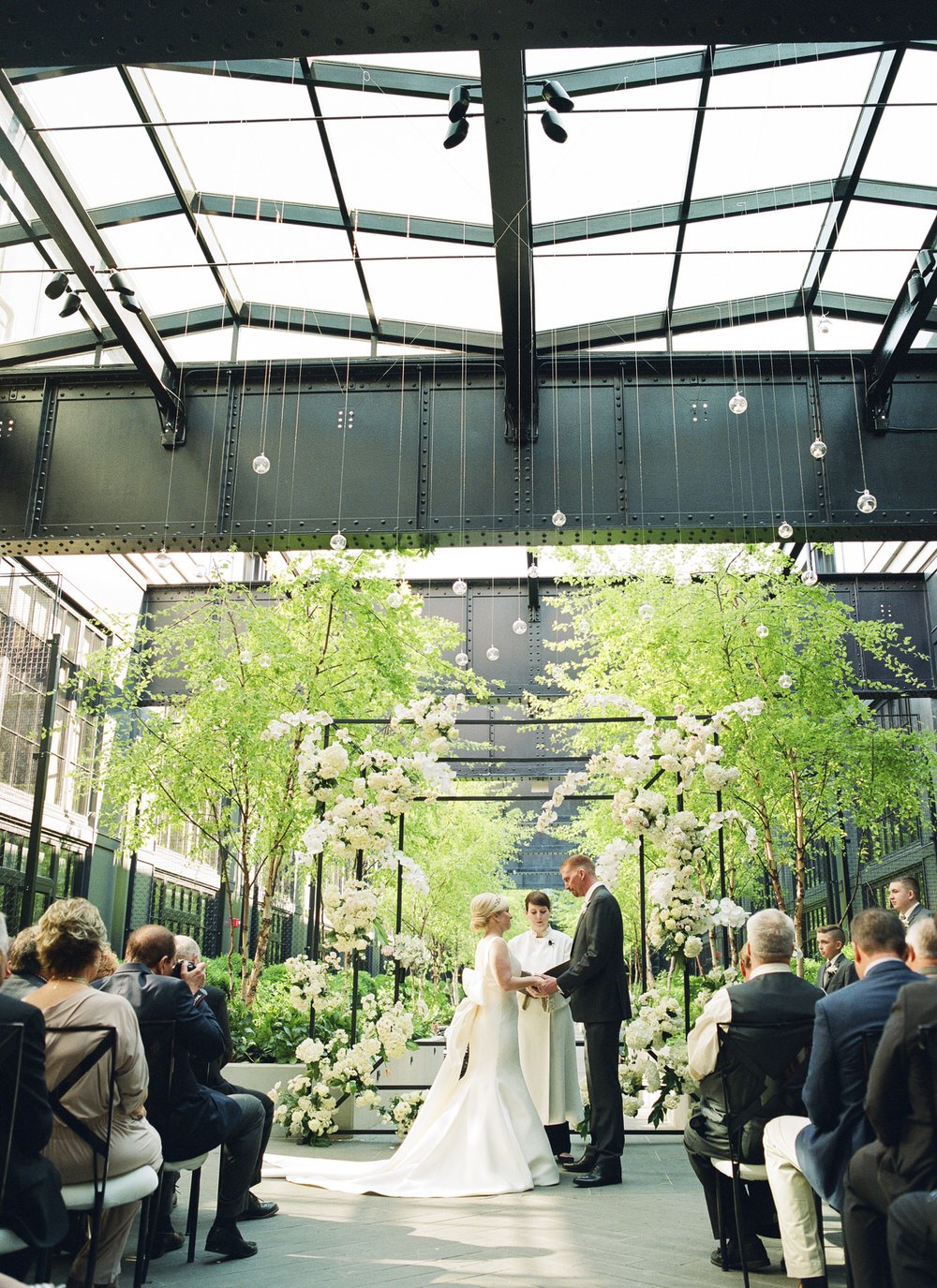 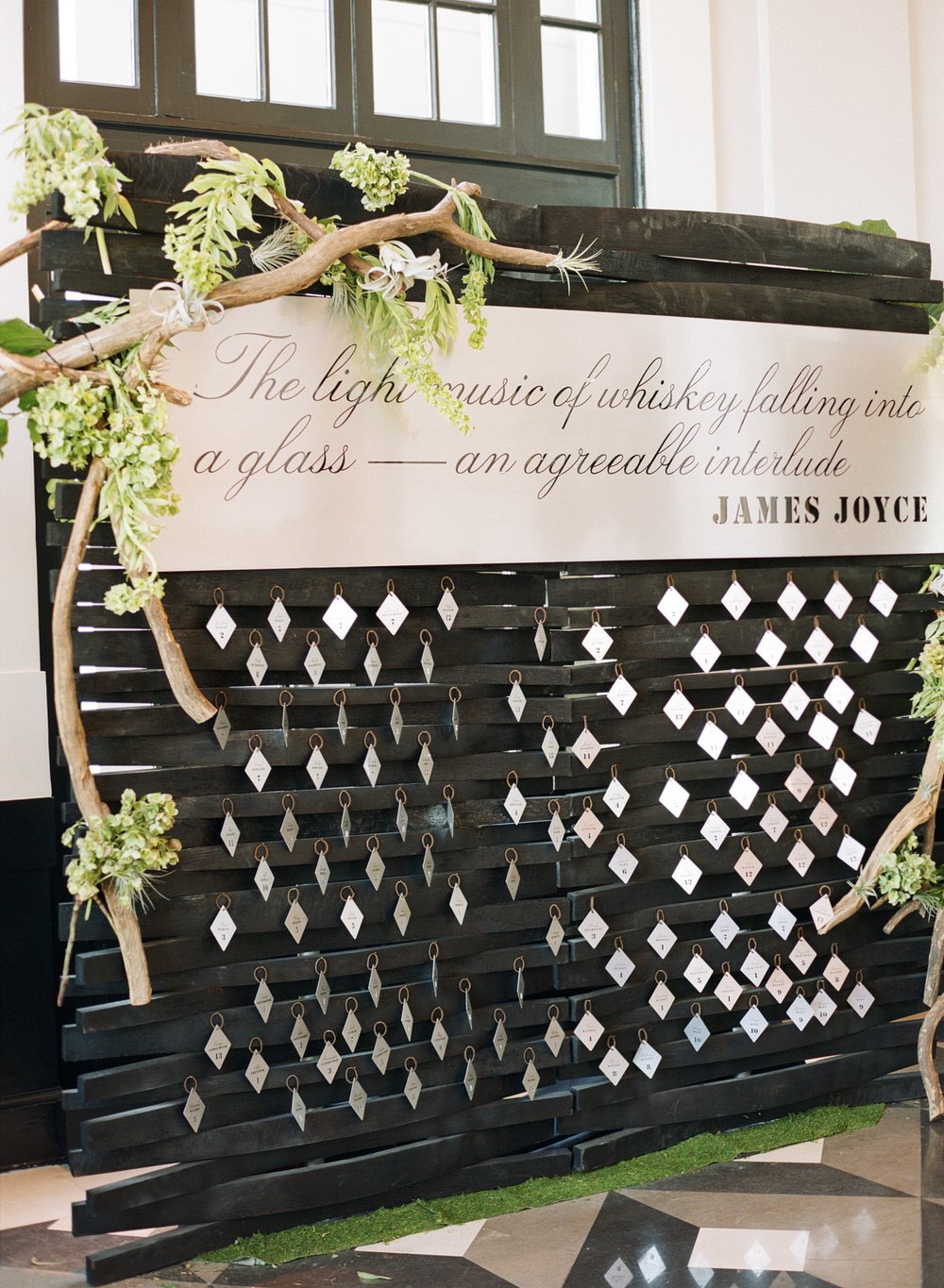 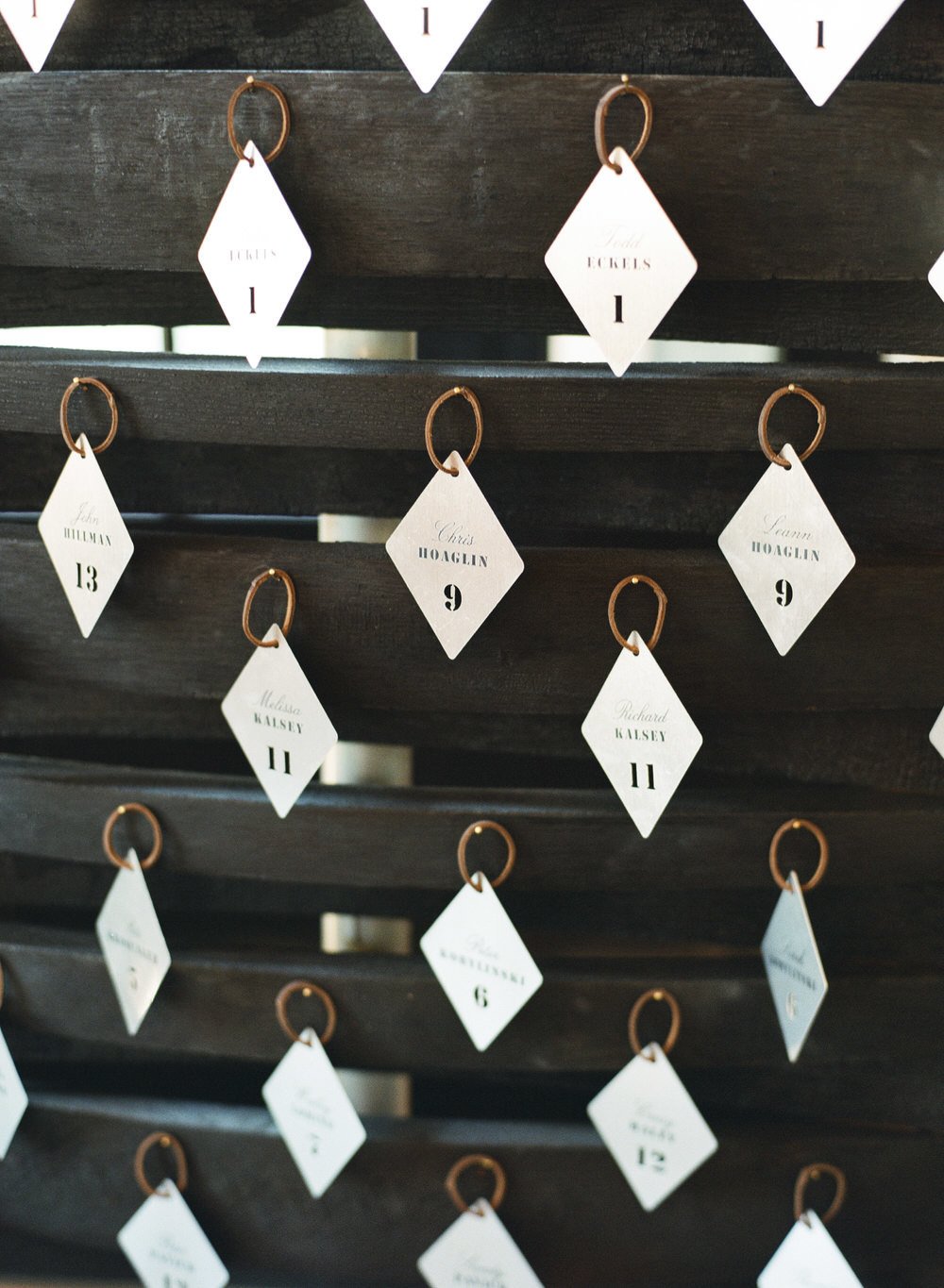 The Sagamore Pendry Hotel, built on a site dating back to 1914, has a rich history redone with a modern flair, and was a defining source of inspiration for the wedding design. Everything from the bride’s gown and hairdo to the tablescape exuded a modern sophistication. The pattern and shape of the windows in the Sagamore ballroom were used in several places throughout the wedding: the invitation liner, the dance floor design, and the menu. It was such a unique + lovely visual, and worked well with their modern romance meets industrial vibe. 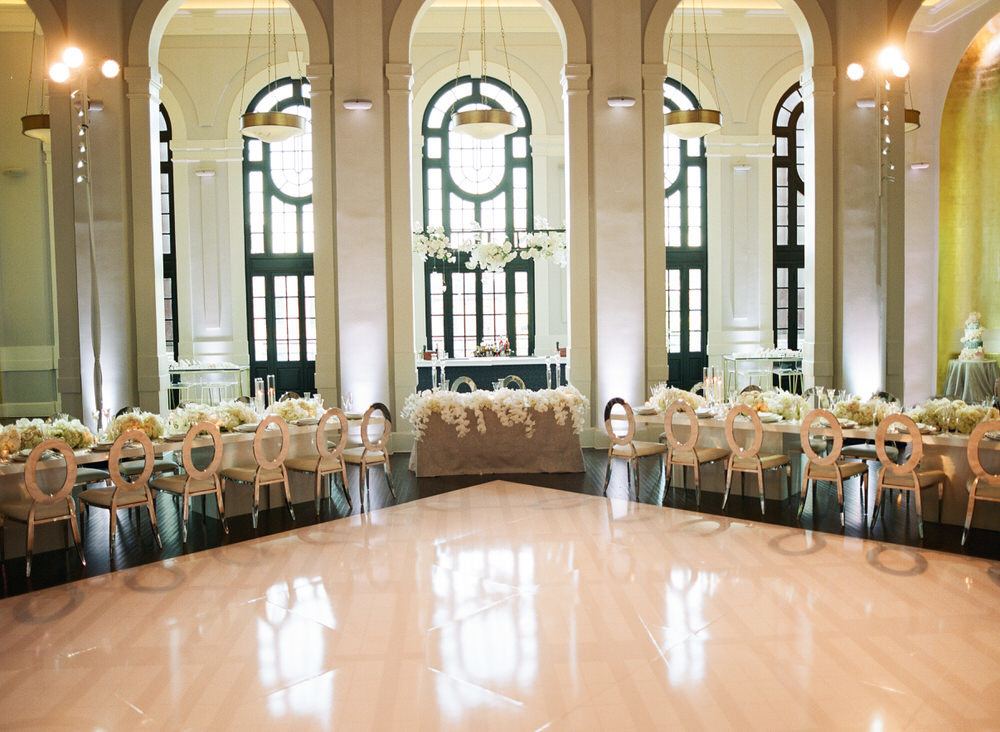 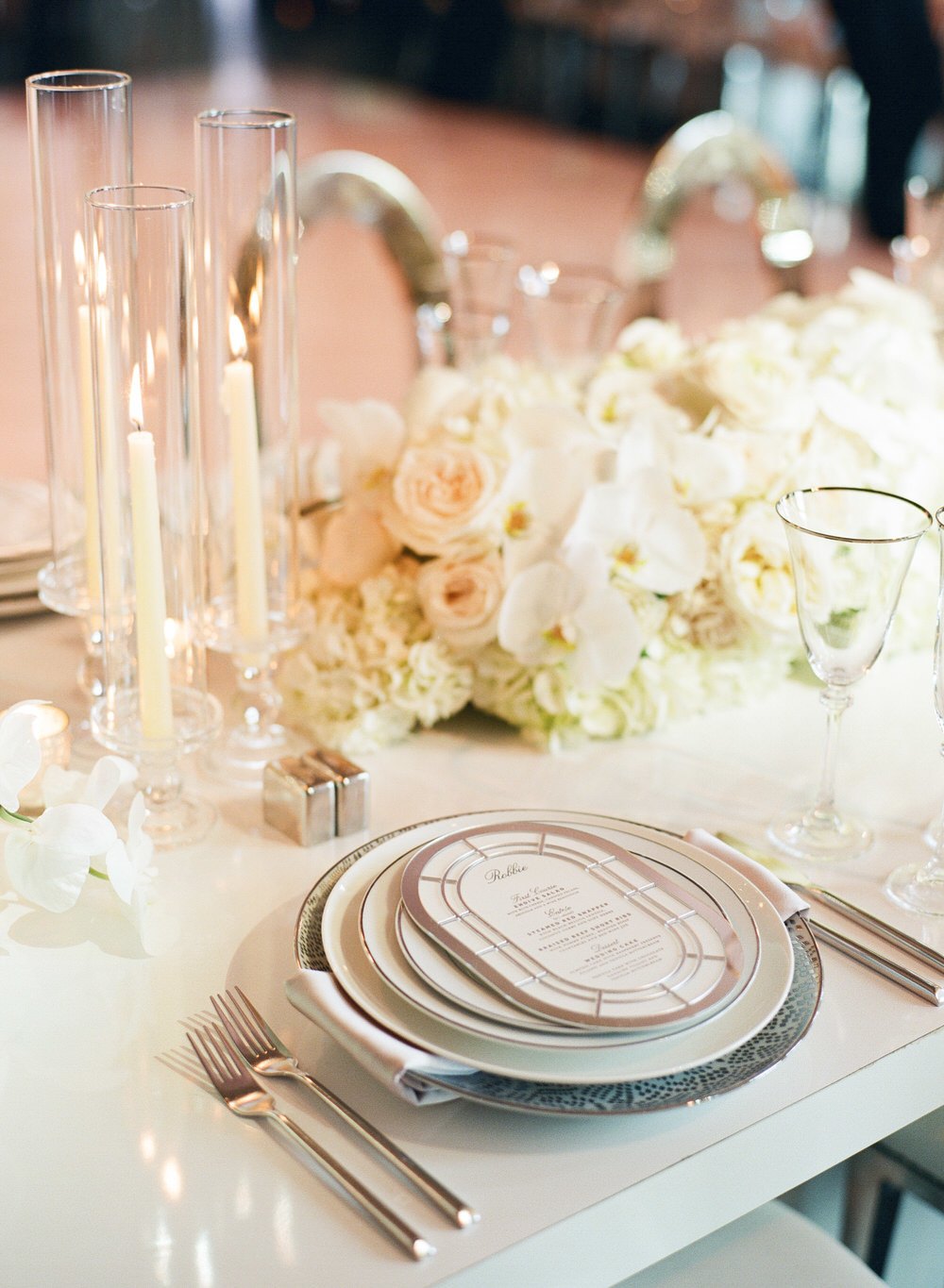 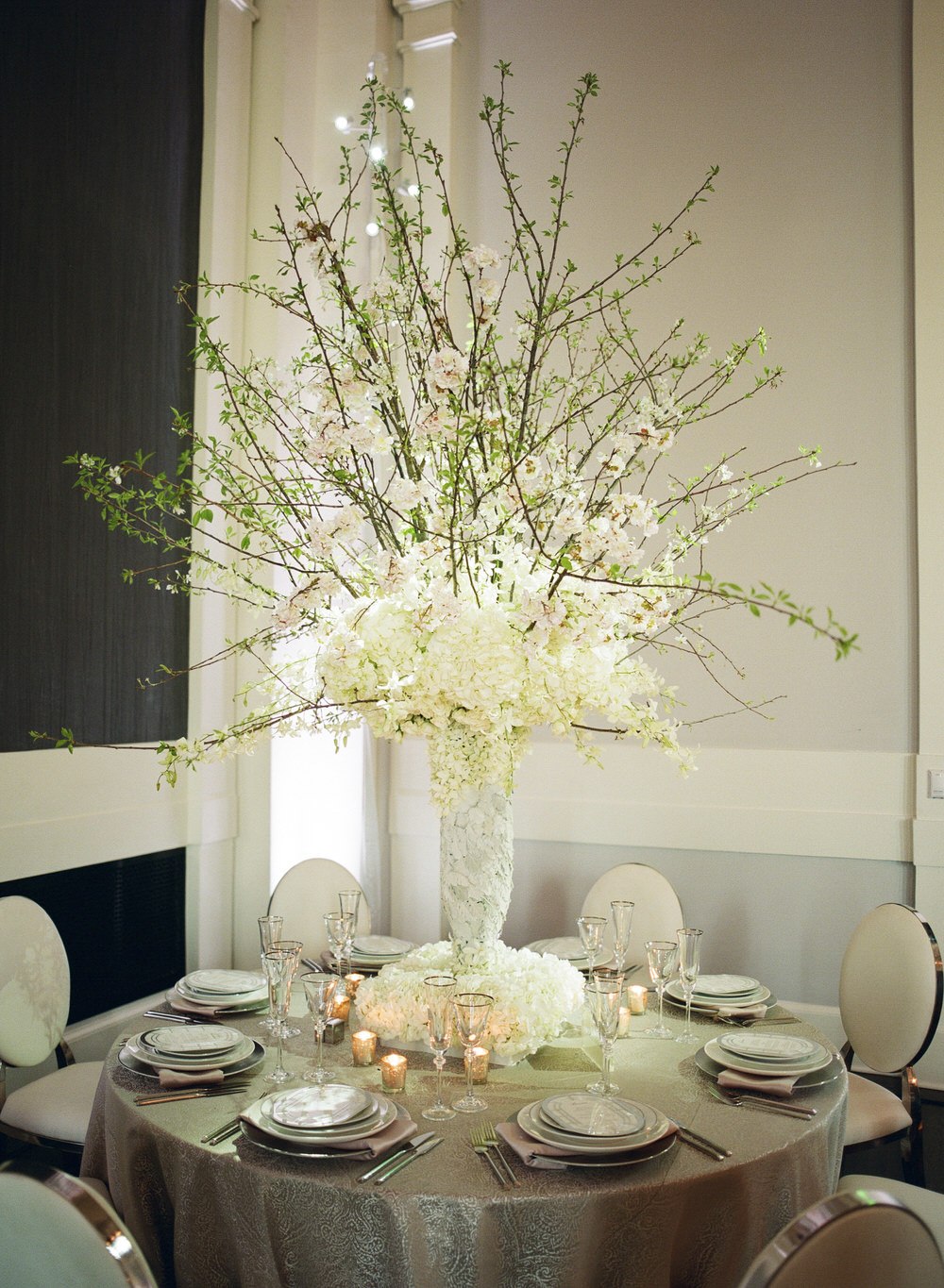 Geometric patterns, metal, lush but neutral flowers, layers of greenery, and sleek lines defined the space. BD3 Design used Mike’s companies actual barrels to create the escort card wall. We made the escort cards diamonds to incorporate the sleekness of the Sagamore Spirit logo. We dreamed up a triangular “pac-man” like stage to create some visual interest and surround the dance floor. 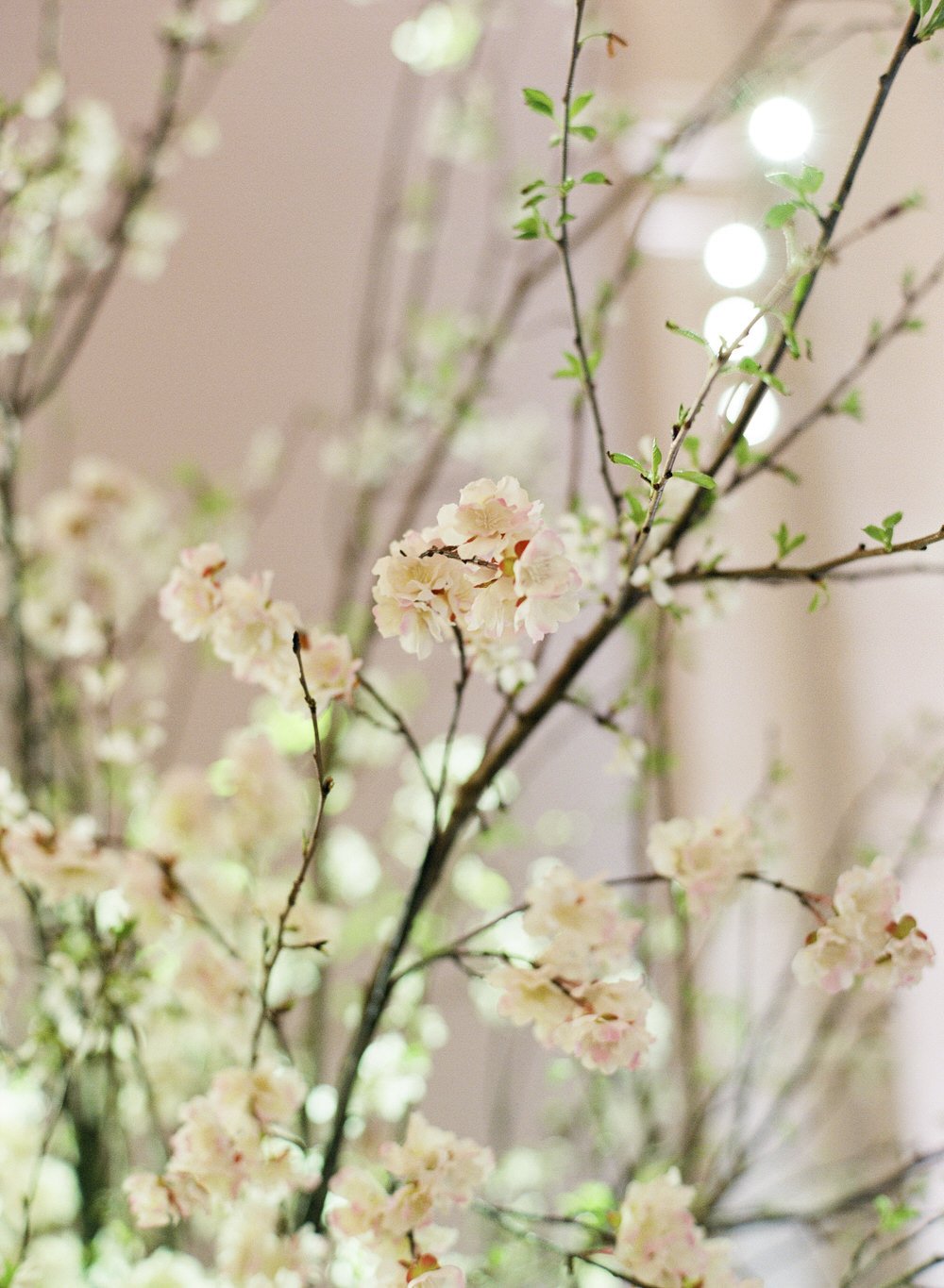 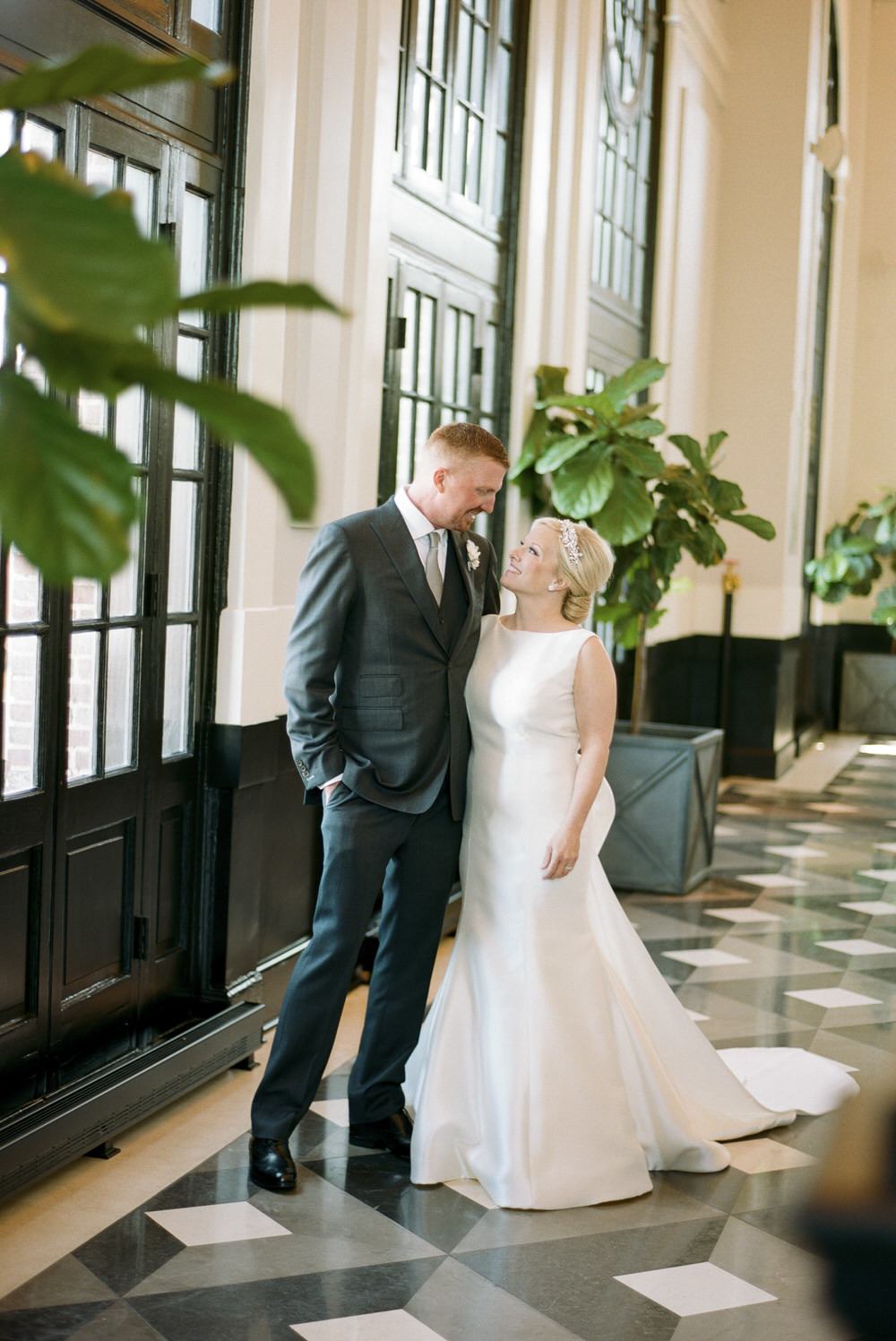 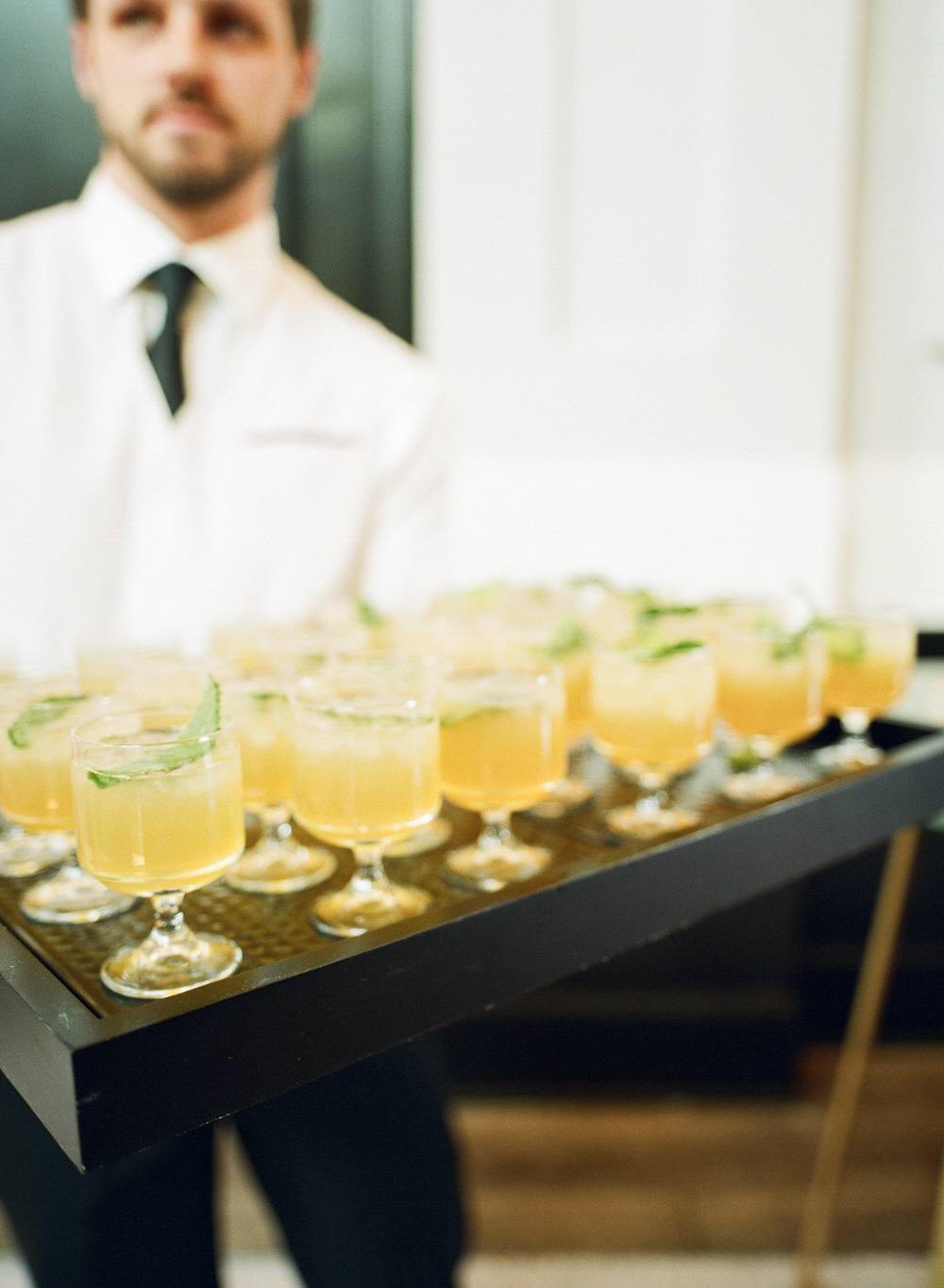 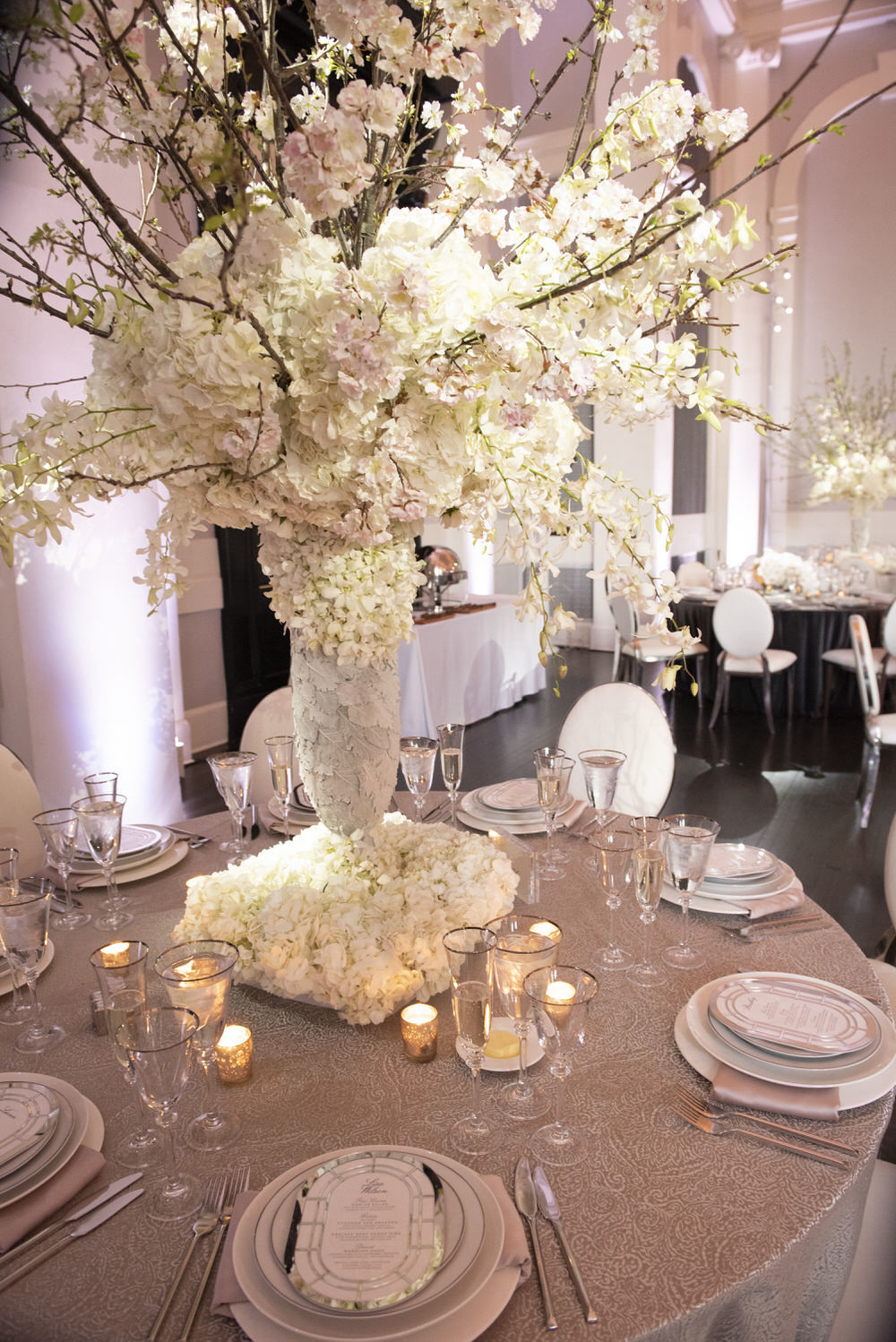 To truly celebrate the couple as a whole, we made sure to incorporate design details geared toward the groom and his tastes as well. The cocktail hour had a masculine feel to it with a custom whisky barrel wall and dark lounge furniture, while white and green floral details added some softness to the space. Guests signed well wishes on a whisky barrel for the couple. Lisa and Mike never expected so many people to travel so far for their wedding; it was an amazing weekend together celebrating two families becoming one. 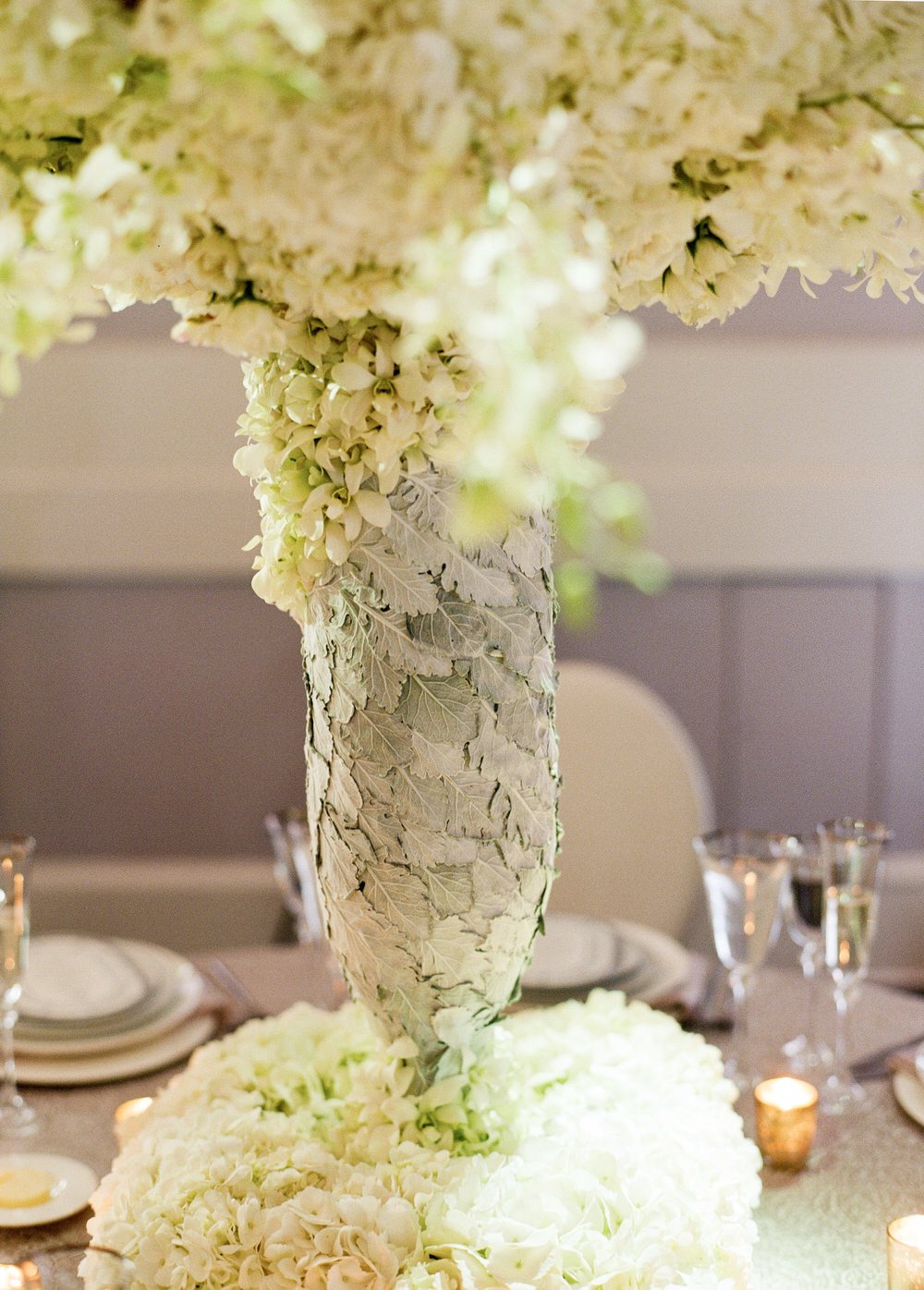 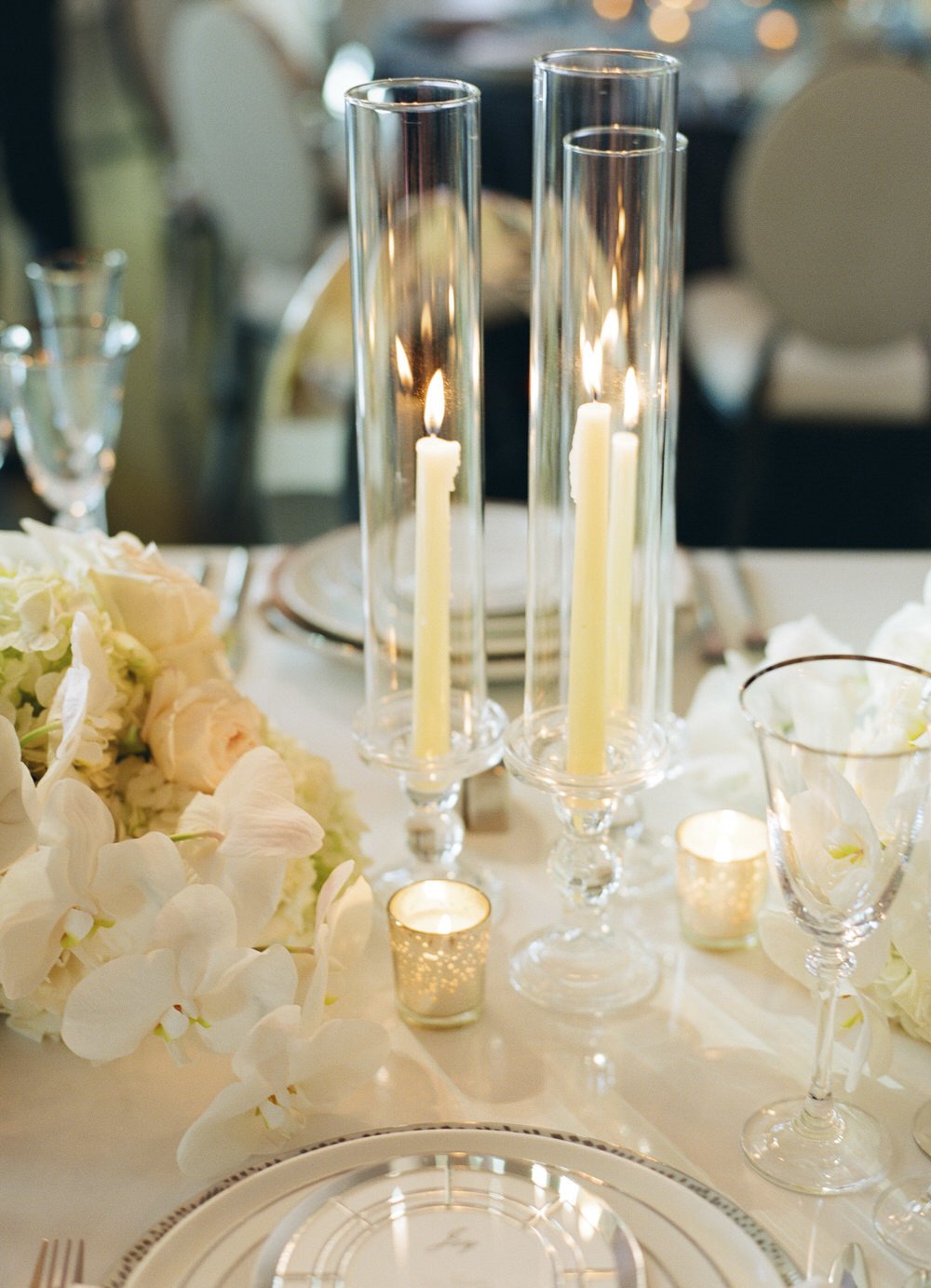 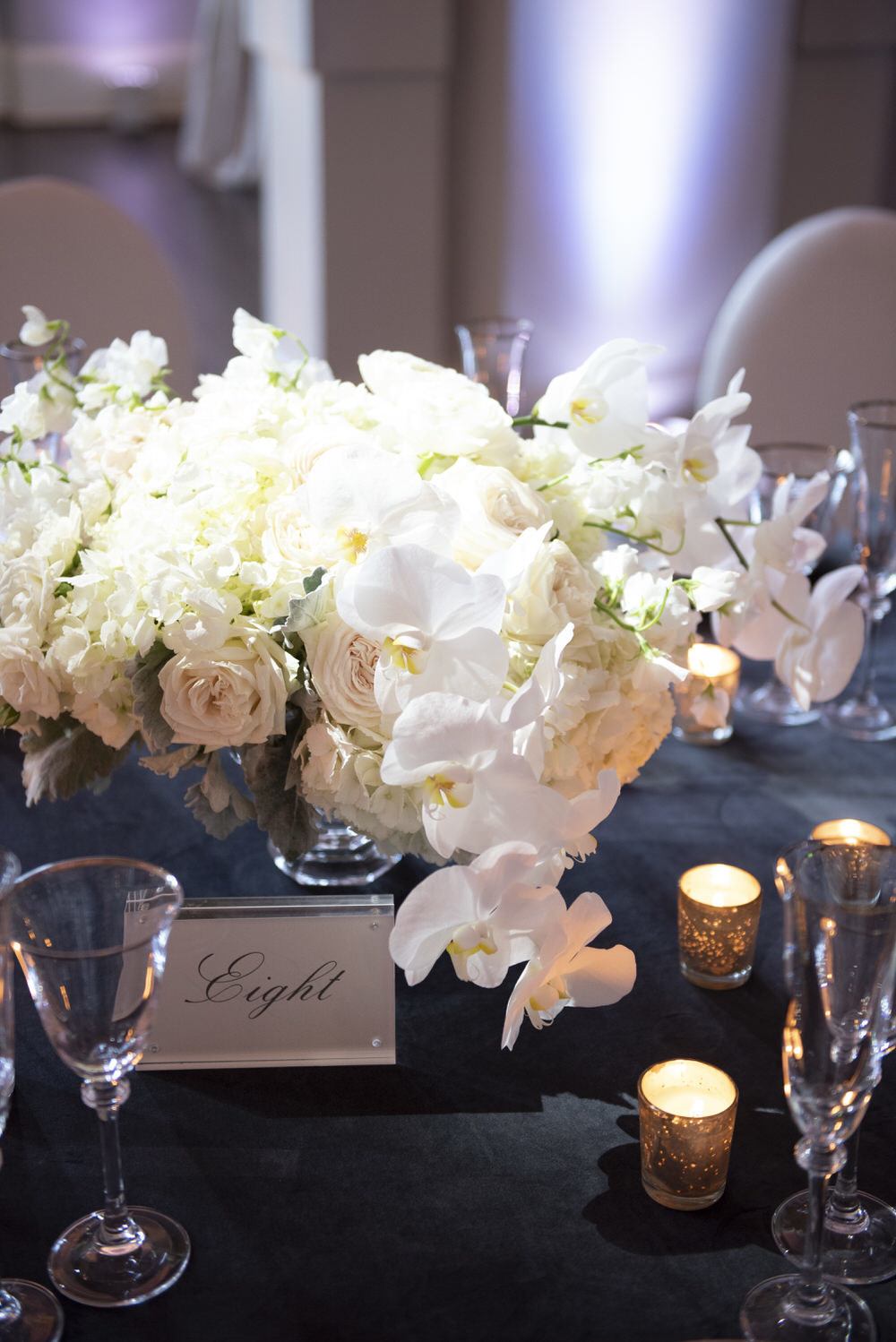 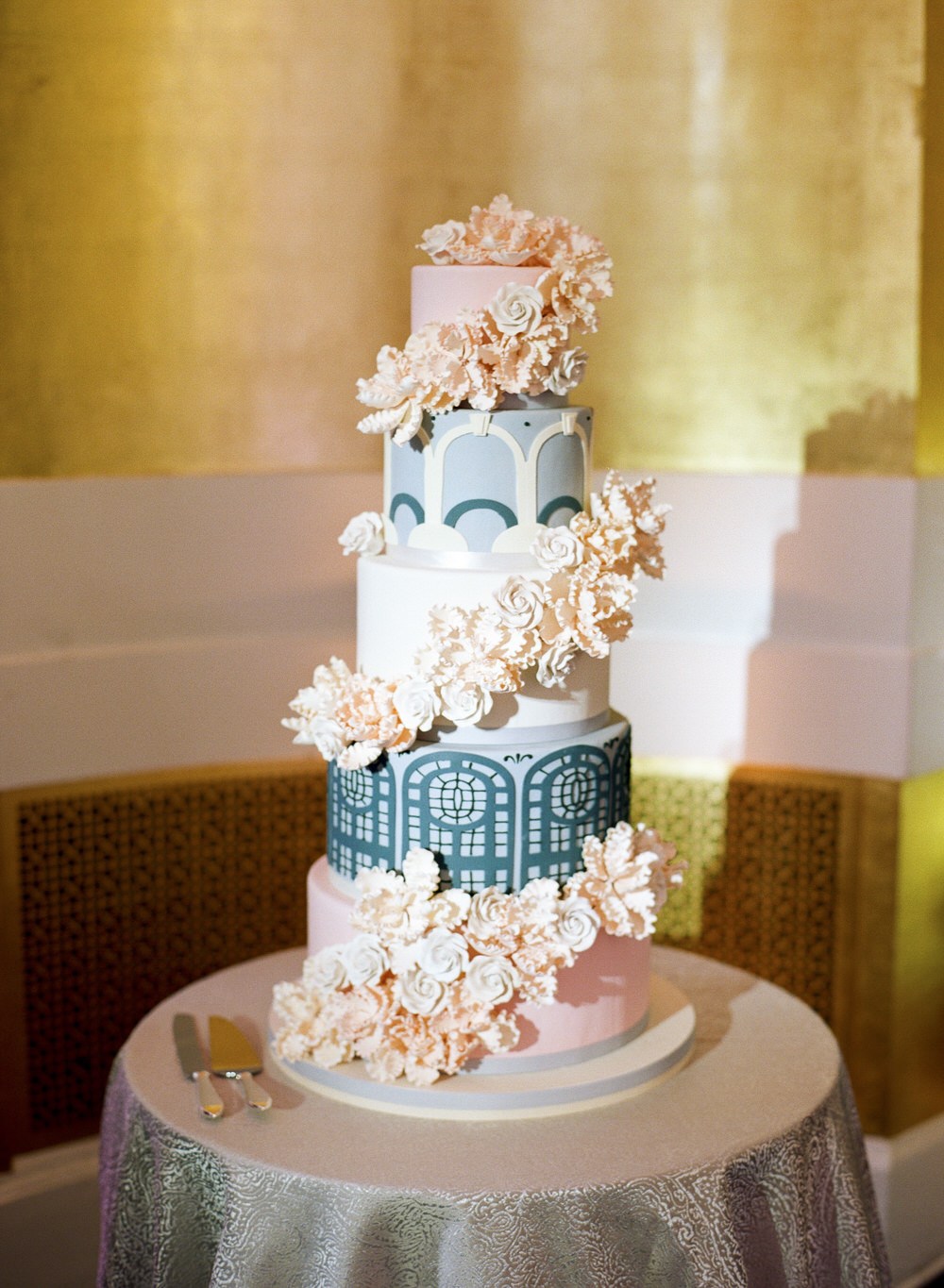 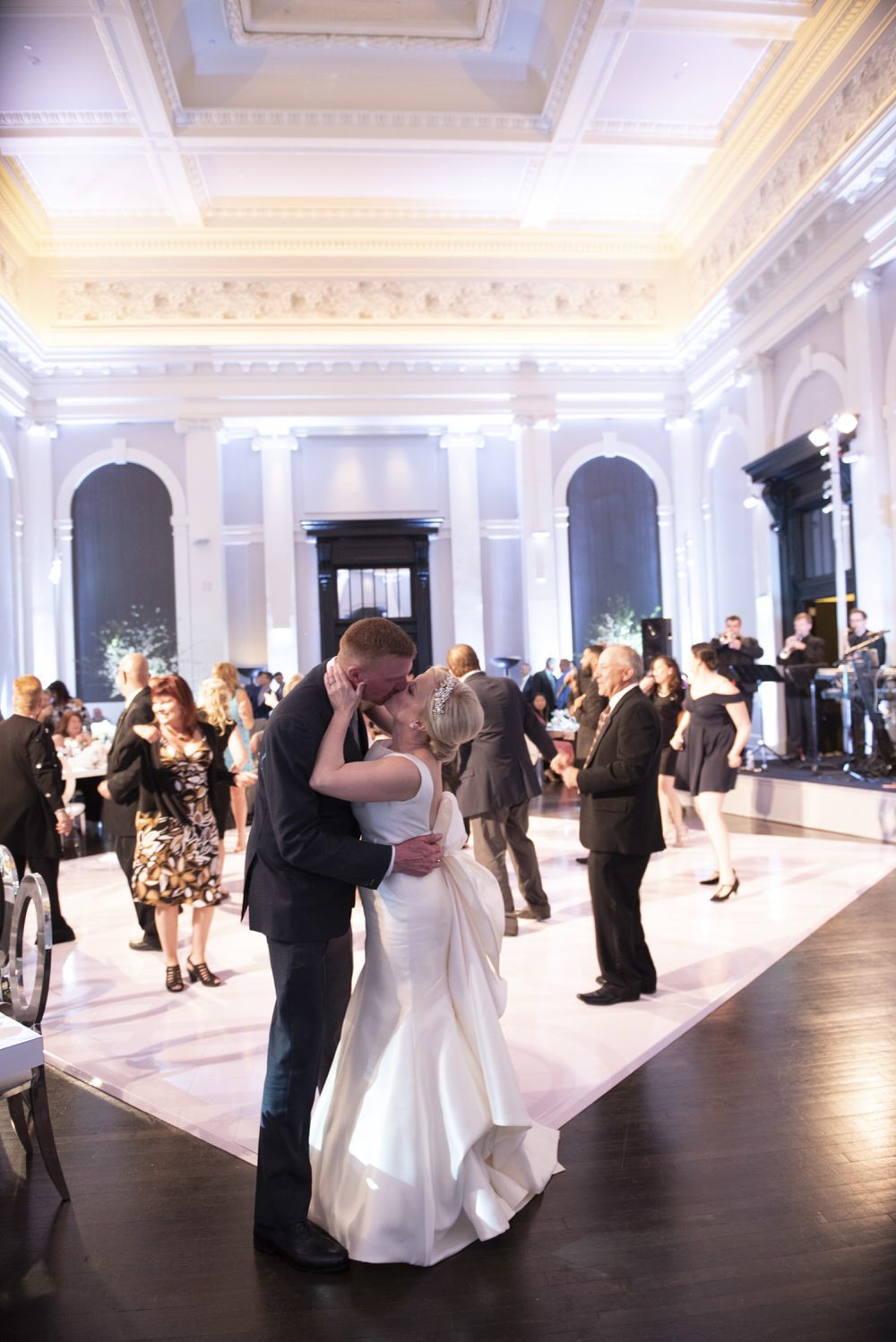 How epically gorgeous was this modern monochromatic wedding at the Sagamore Pendry Hotel? If you’re loving the modern vibes as much as we are then this industrial wedding inspo is just up your alley.

Tropical Wedding in Southern California with a Modern Twist

A Vibrant Destination Wedding on Kona Beach in Blue & Gold

Feminine Meets Modern for a Moody Wedding in an NYC Loft

An Ethereal Elopement at the Bonneville Salt Flats