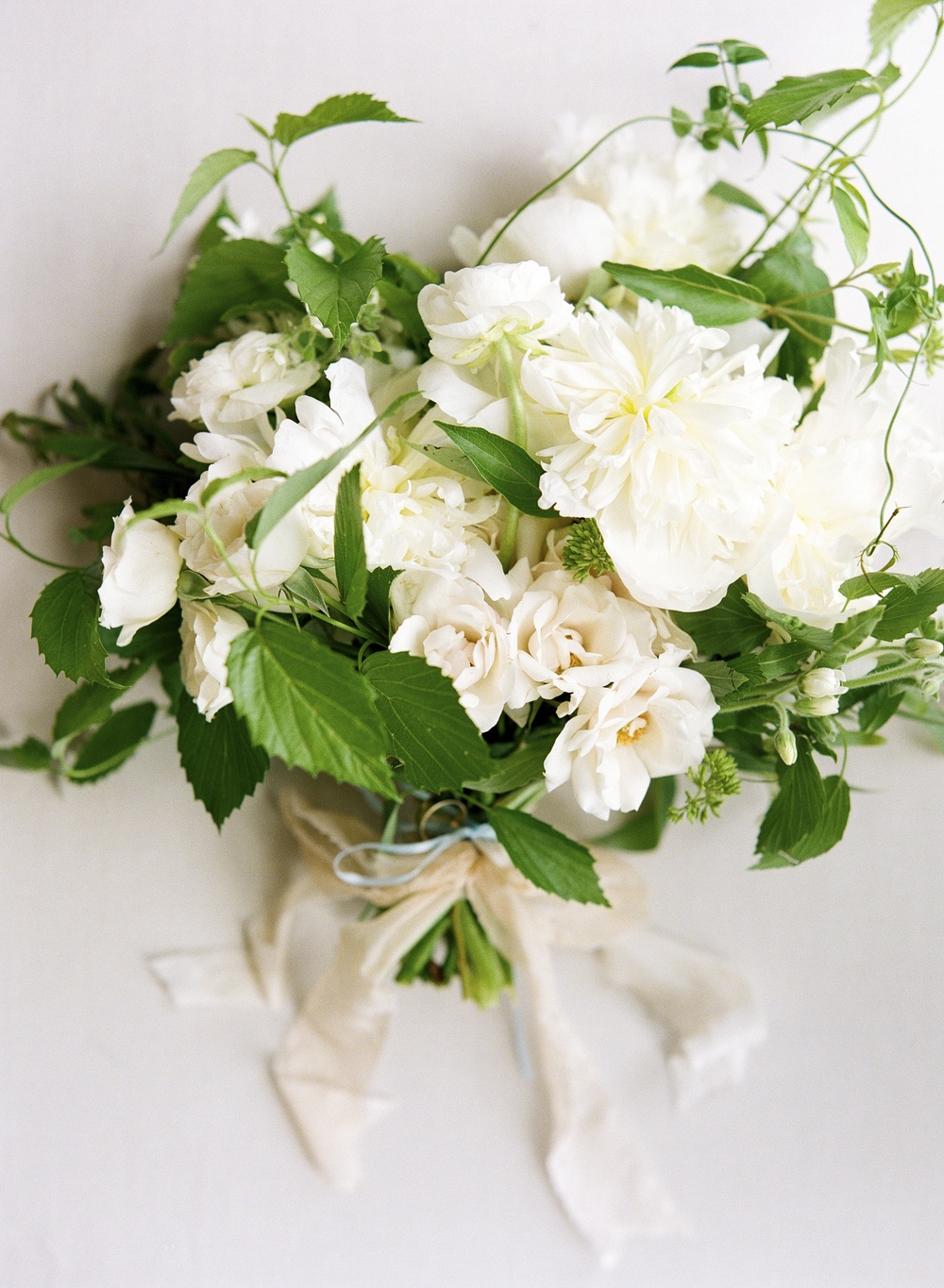 5 Reasons You Need An All-Inclusive Honeymoon

This Washington DC wedding is pretty much everything we dream of when we think real weddings. Filled with personal touches and beautiful florals throughout, Anna and Jordan not only blended heartfelt details with stunning event design but also combined both of their religions and traditions. They honored both of their Catholic and Jewish upbringings into one stunning day! 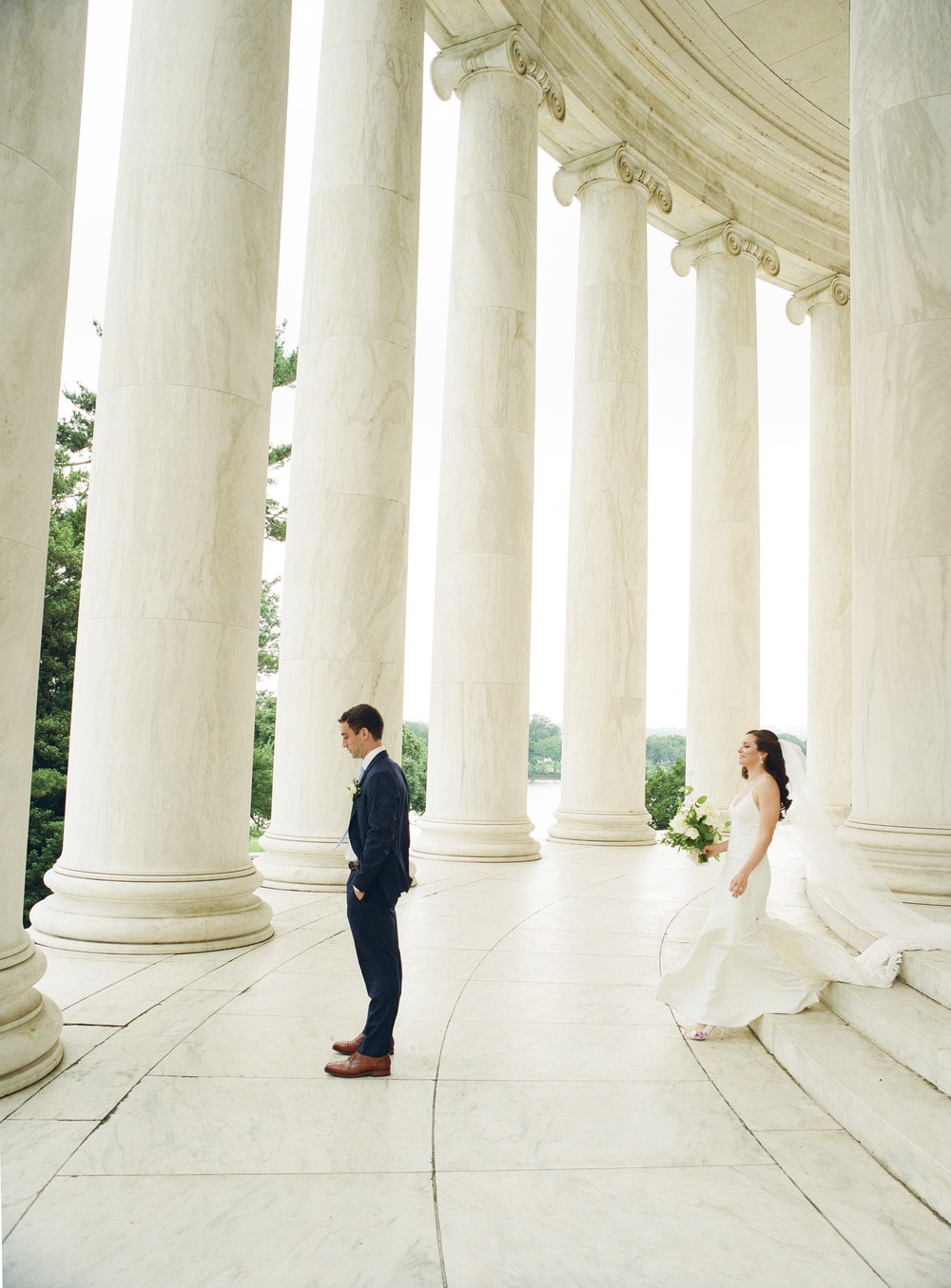 So much sweetness in these images from Lisa Blume Photography! A white and green palette never looked so good. If you’re craving more of Lisa’s awesome work, check out this haute couture fashion inspired wedding inspiration that’ll blow your socks off.

Rain served up some good luck on this wedding day, and Cheers Darling Events was a champ moving the outdoor ceremony in without a sweat. Every inch of the celebration was still stunning! 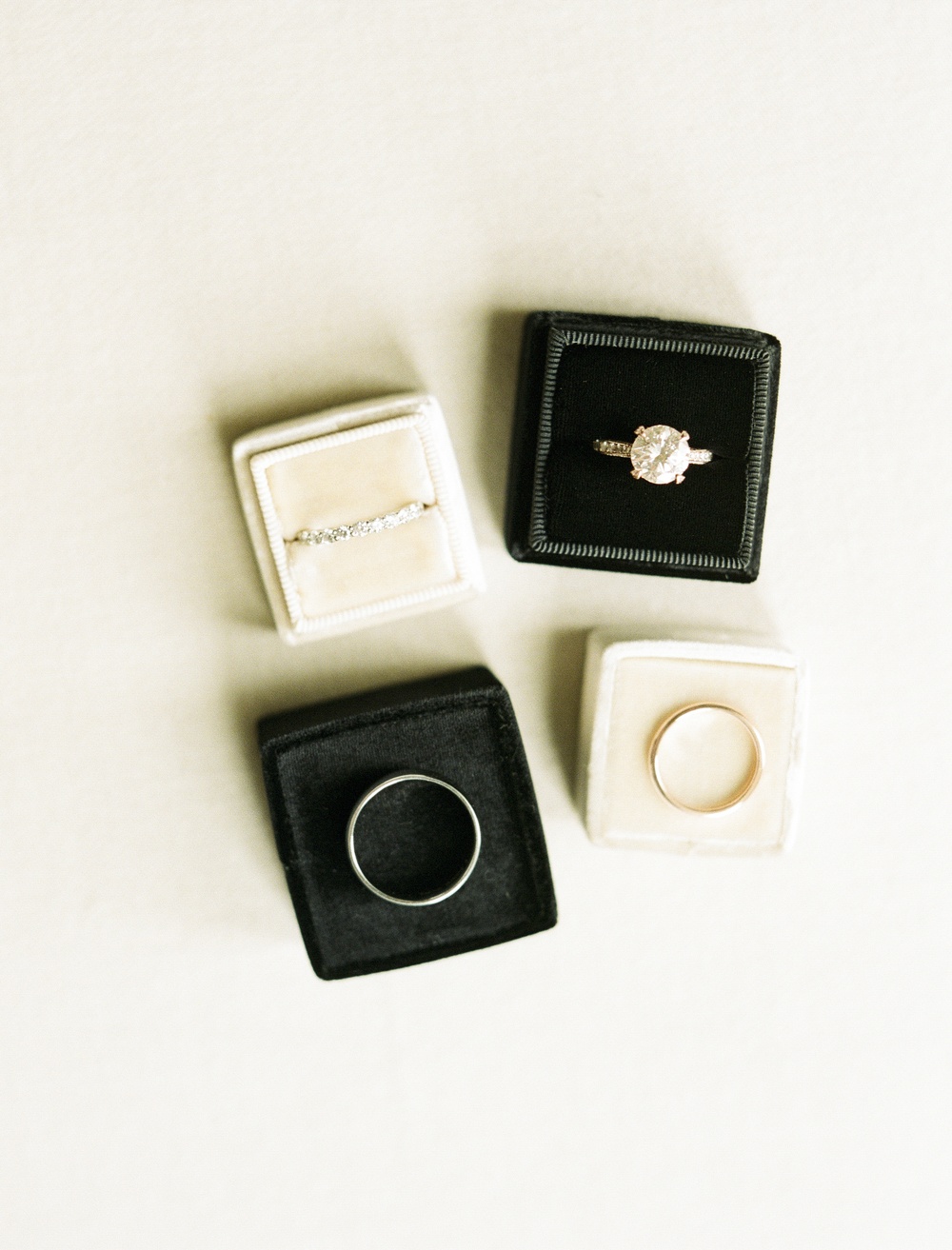 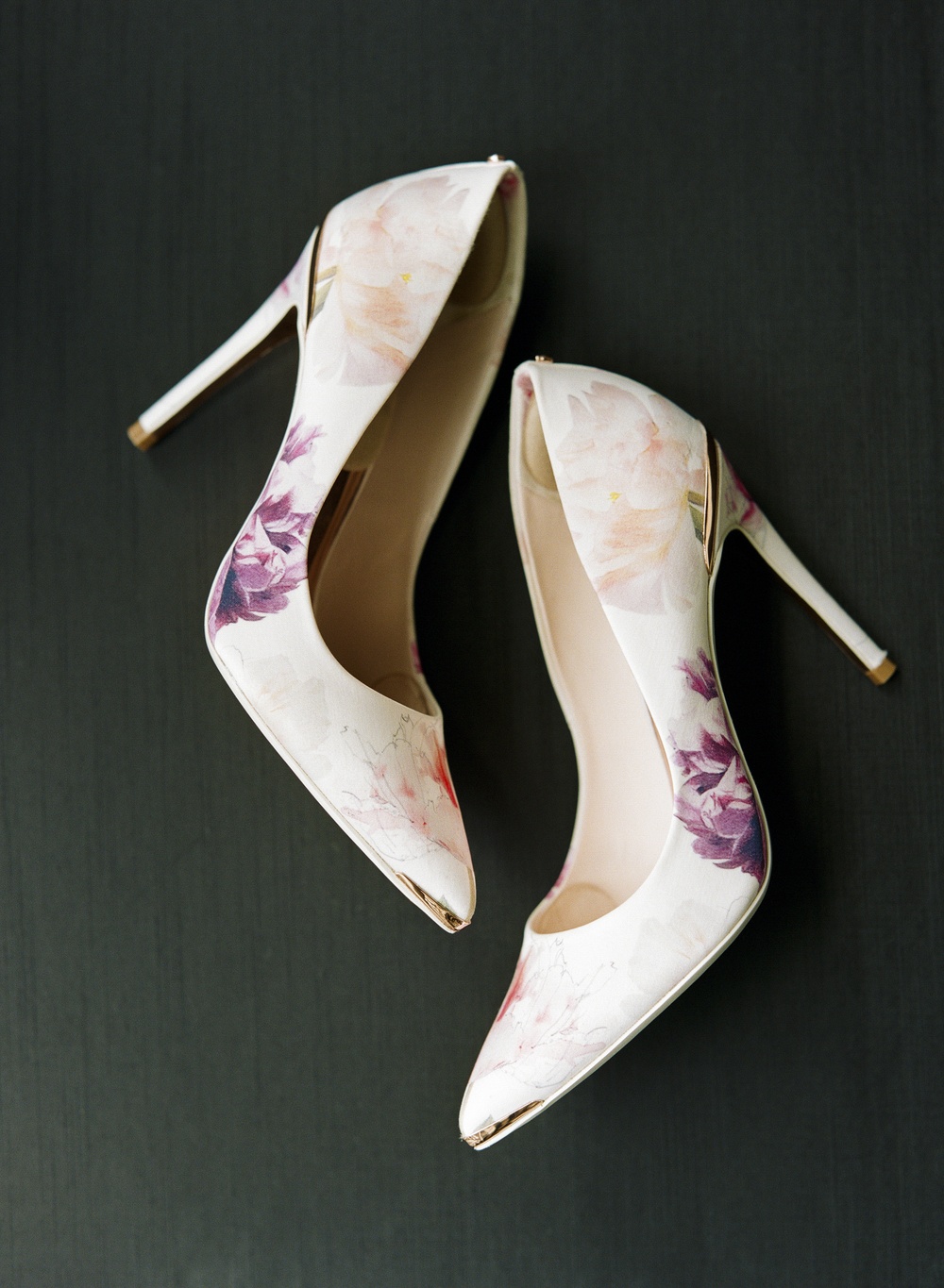 Here is a story of two attorneys who meet on the the Red Line at the Tenleytown Metro and found themselves falling in love.
From Anna: It was late at night, we were the only two people in our train car, and the metro broke down between stations. Jordan struck up conversation and we talked for about 15 minutes before he got off the train without asking for my number! About two months later we ran into each other at a bar. I marched up to him called him “Metro Boy” (he responded with “hi, Metro Girl!”) and I said something creepy along the lines of “I’ve been searching for you everywhere.” He suggested we hang out sometime but still didn’t ask me for my number so I took matters into my own hands, grabbed his cell phone, and put my number in his phone. He texted the next day and we’ve been inseparable ever since! 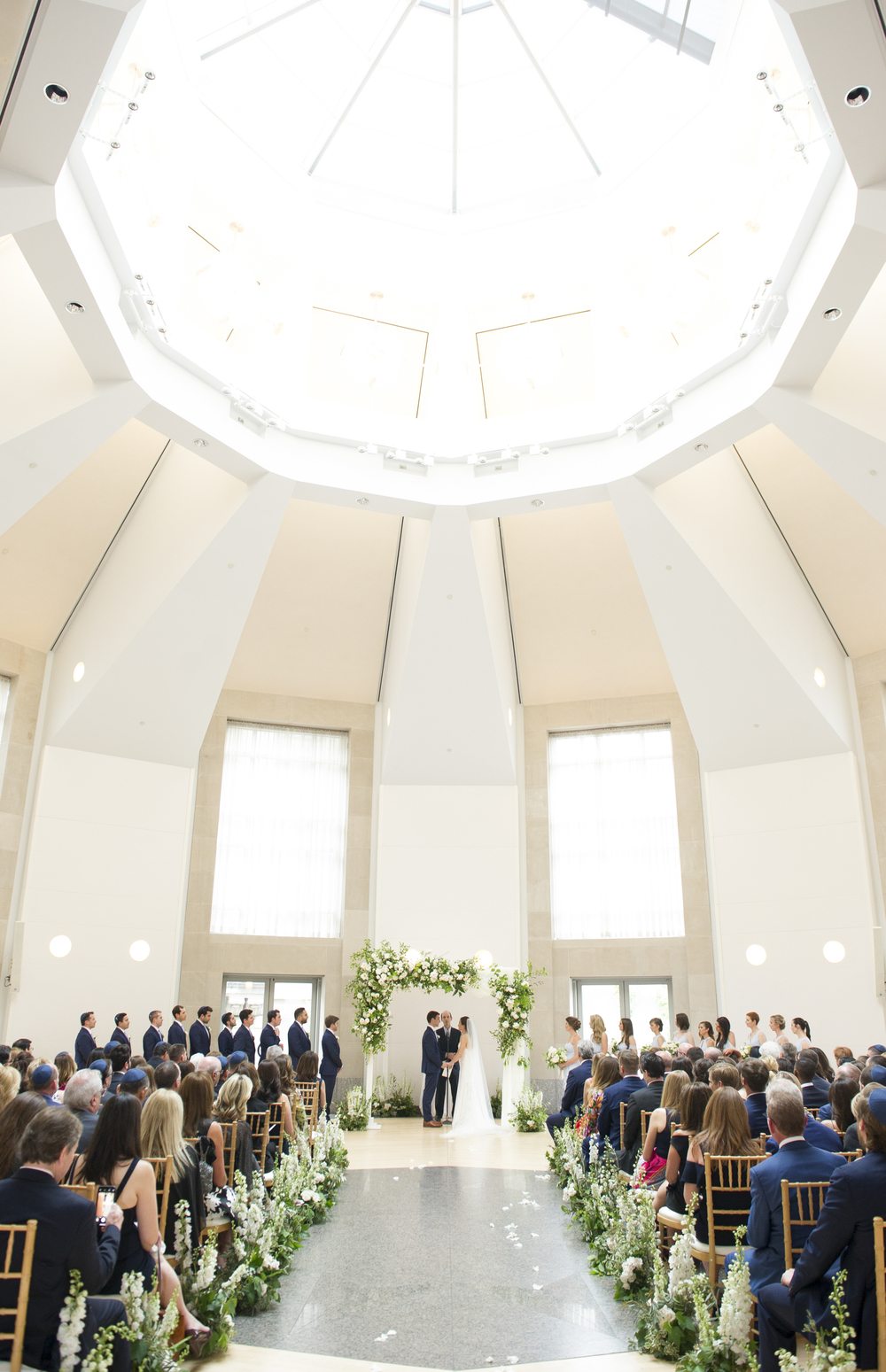 Our first date was at a mussel bar in Cleveland Park. After dinner neither of us wanted the date to end so we went next door to Atomic Billiards and played shuffleboard. I bet Jordan a second date if he could beat me, and then I let him win! 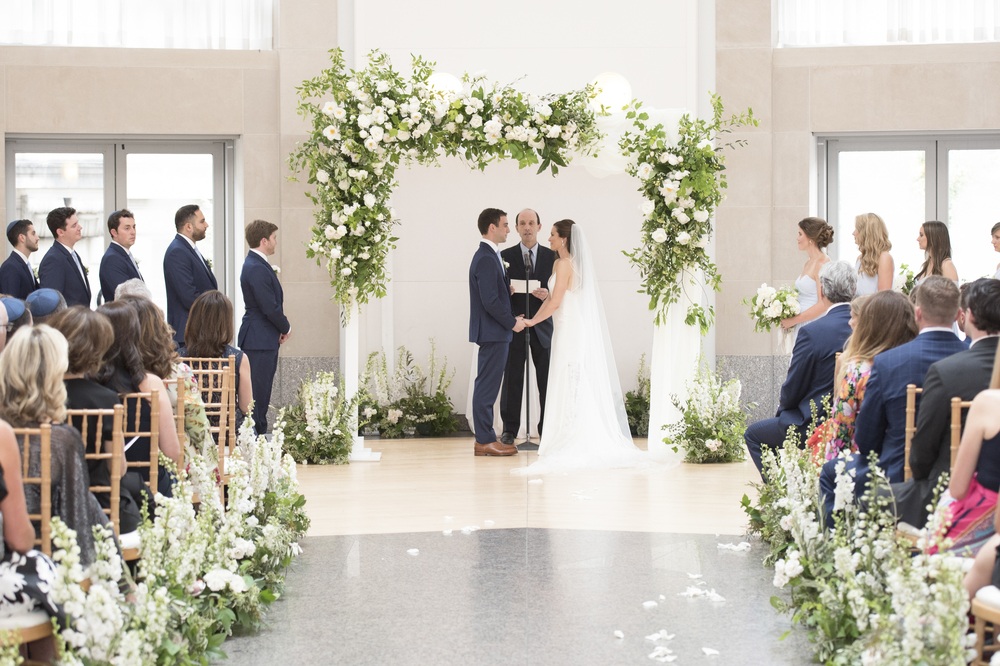 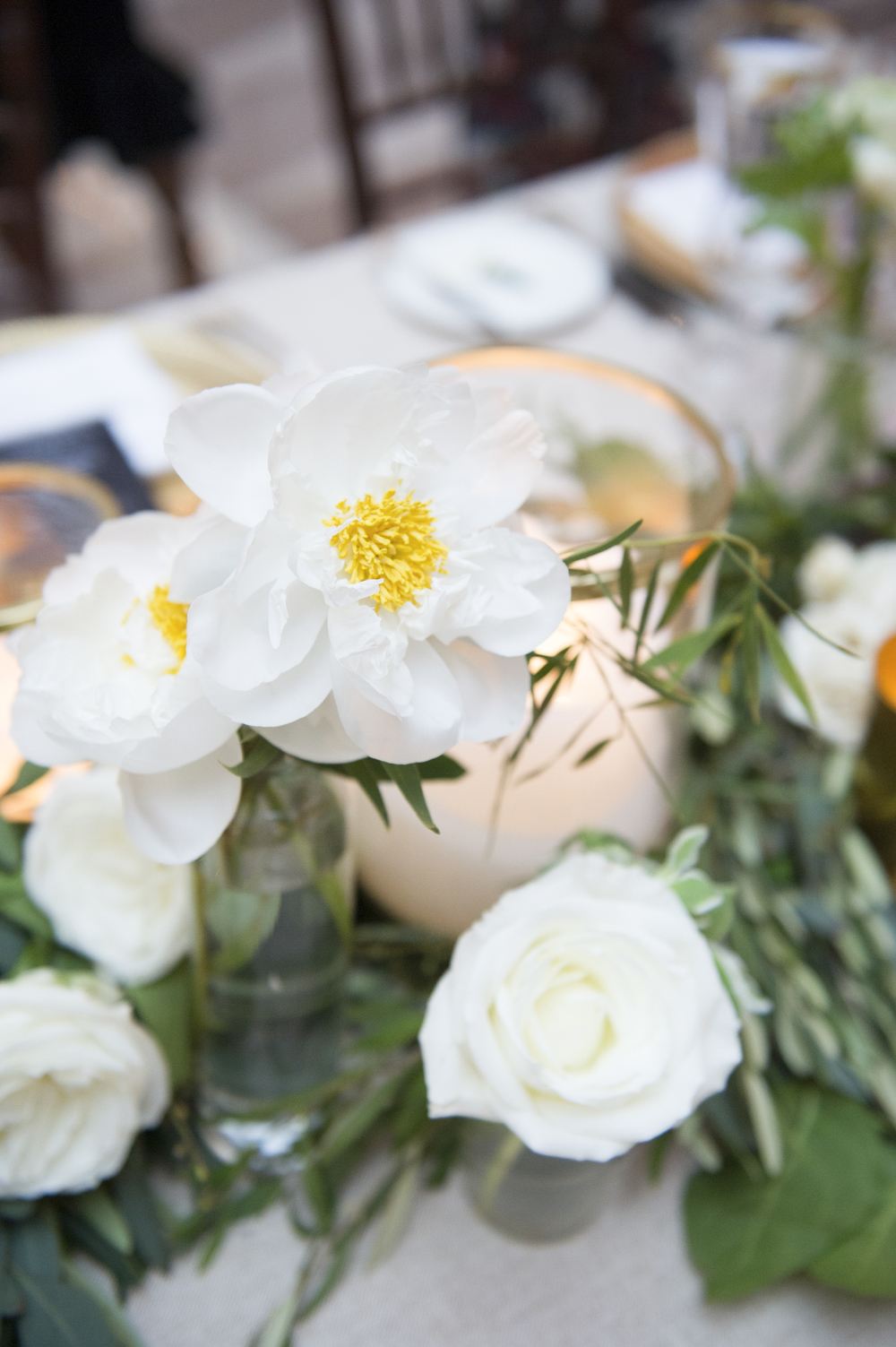 The proposal: Jordan planned a scavenger hunt around DC for me. Each card contained clues to a location and a time that I needed to be there. Jordan had arranged for certain friends to be at each location to do an activity with me — for example, one card lead me to a nail salon where my two best friends who live locally were waiting, and another card lead me to Dry Bar where my two childhood best friends were waiting. The last card lead to the St. Regis Hotel where Jordan was waiting with a photo book he had created with pictures from our five years together, and at the end of the book it said “Will you marry me?” The next day, Jordan took me to brunch where we were surprised by dozens of our closest friends and family members — Jordan made sure that my parents came into town and had invited many our close friends from out of town to celebrate. It was the perfect weekend! Jordan proposed the weekend of our 5 year anniversary. 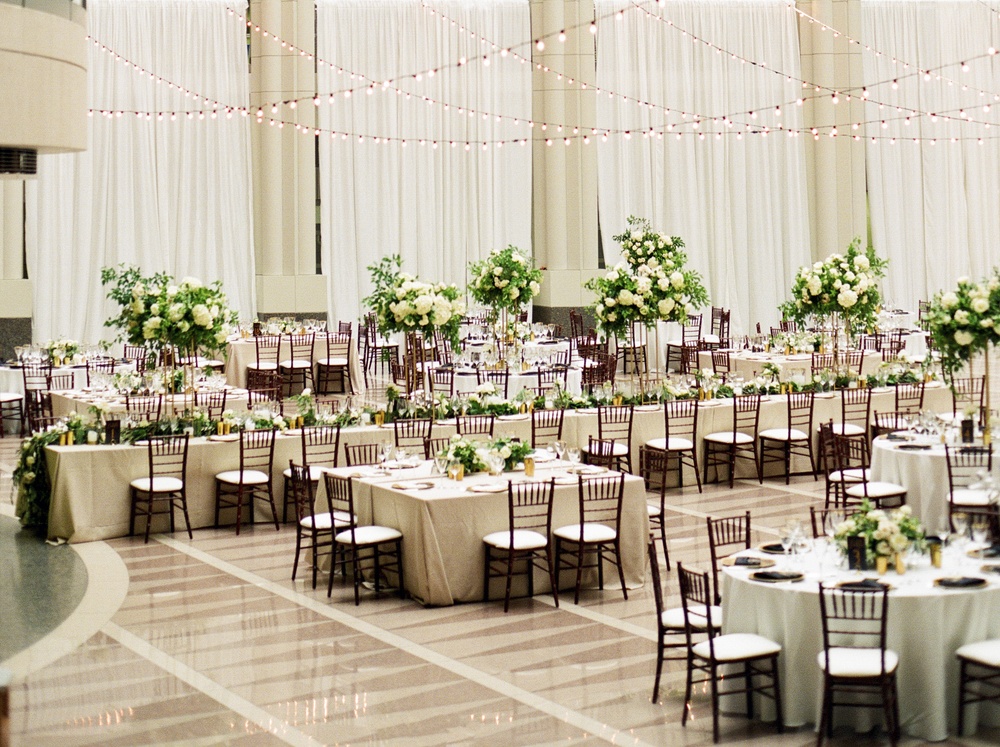 We had three basic requirements for our venue: 1) it had to be in downtown DC; 2) it had to fit over 200 people; and 3) it couldn’t be a hotel (we didn’t want a dark ballroom with no windows). It is surprisingly difficult to find venues that meet all three of those criteria. We toured a couple of places, but the Ronald Reagan Building was the first place that we both loved! We loved the fact that it was right on Pennsylvania Avenue and we loved the gorgeous glass ceiling in the atrium. It checked all of the boxes! 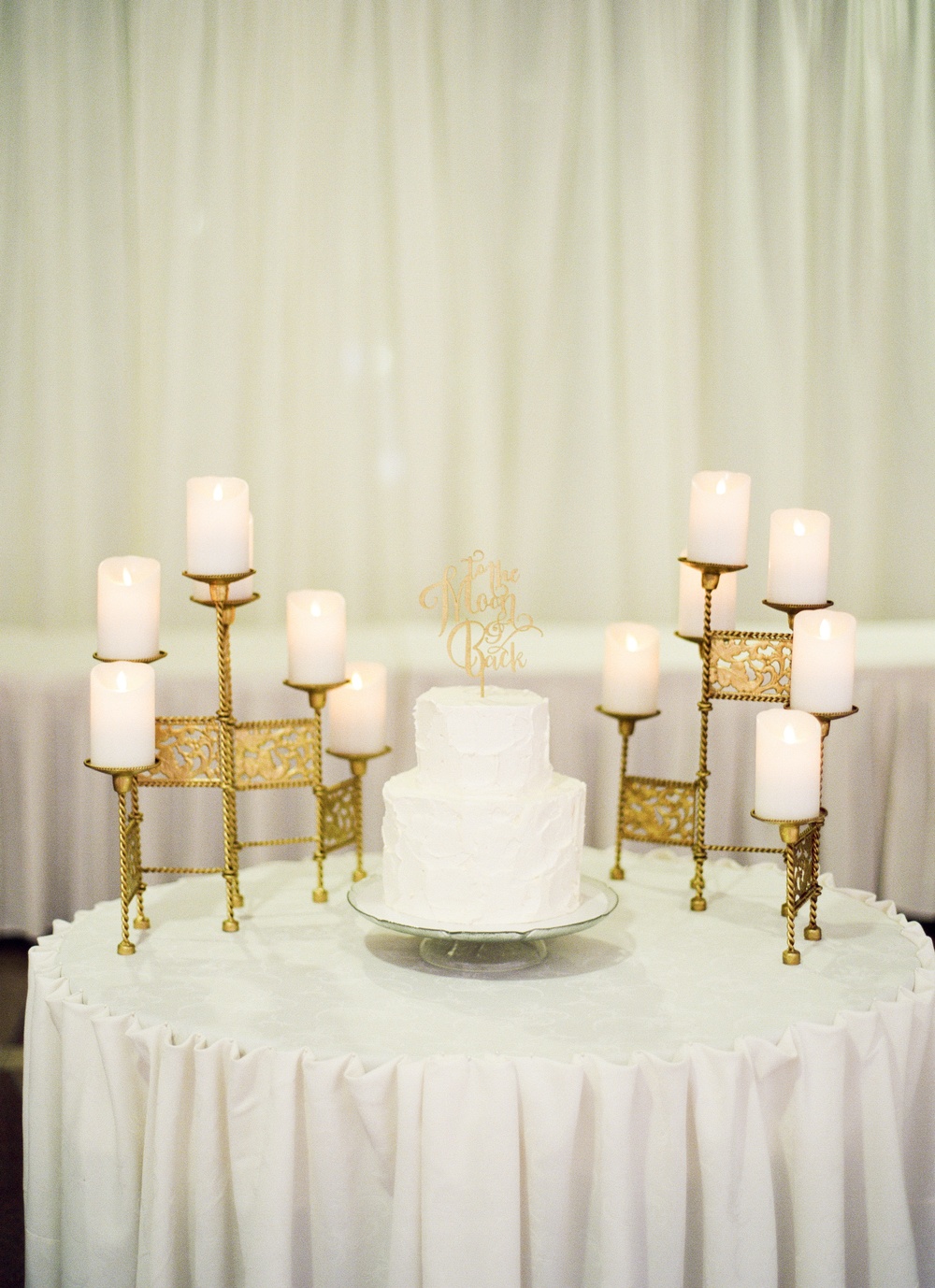 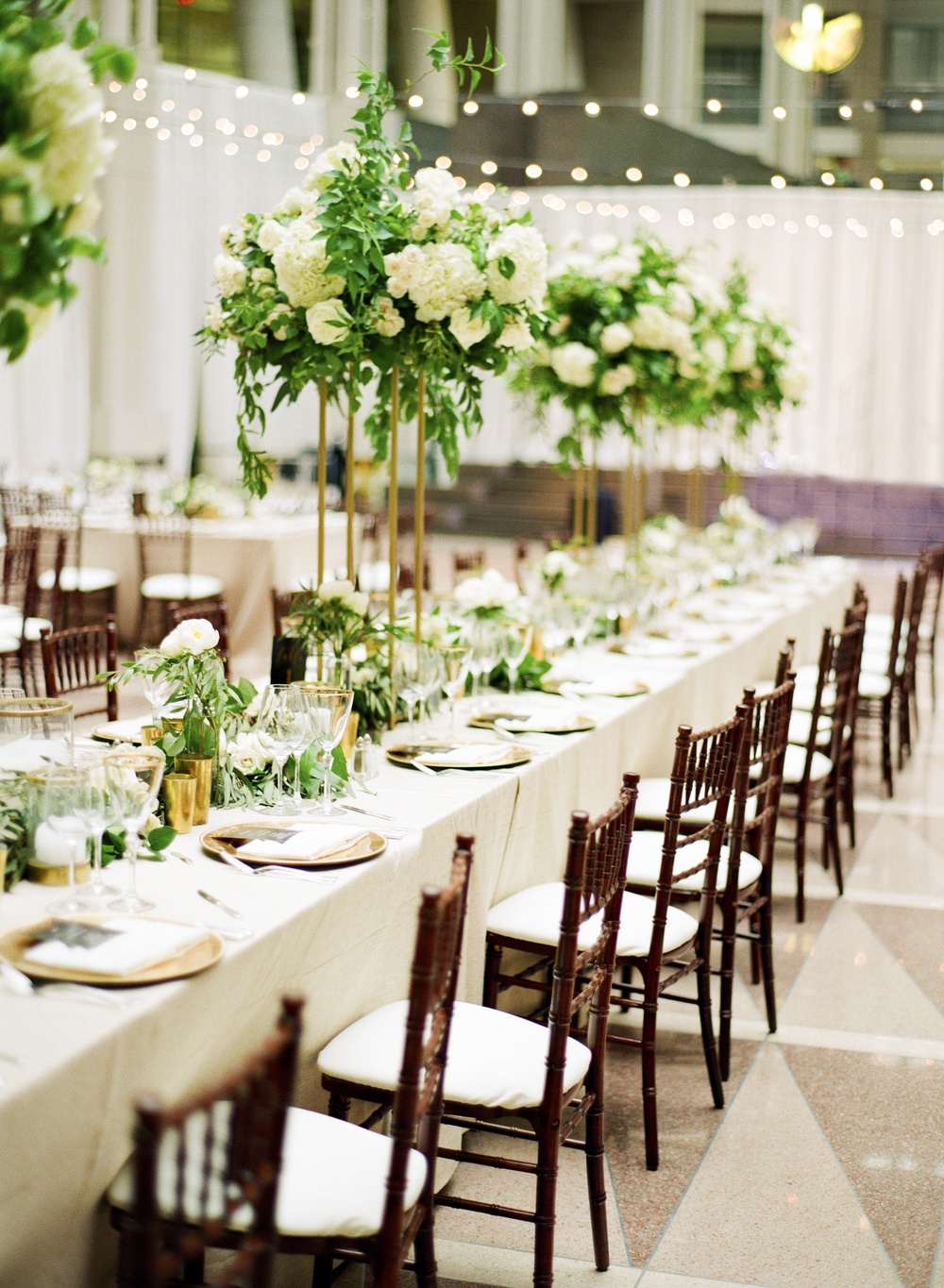 Our favorite wedding detail was our escort card display. We had the escort cards hanging from a copper frame that Anna’s dad built. Next to the display was a table with polaroid cameras and we asked guests to replace their escort card with a picture of themselves and add a note on the back of the picture. It ended up looking really beautiful seeing all of the pictures hung up, and we really enjoyed looking through them the morning after the wedding. We plan to put all of the pictures into a photo book and use it as our guestbook. 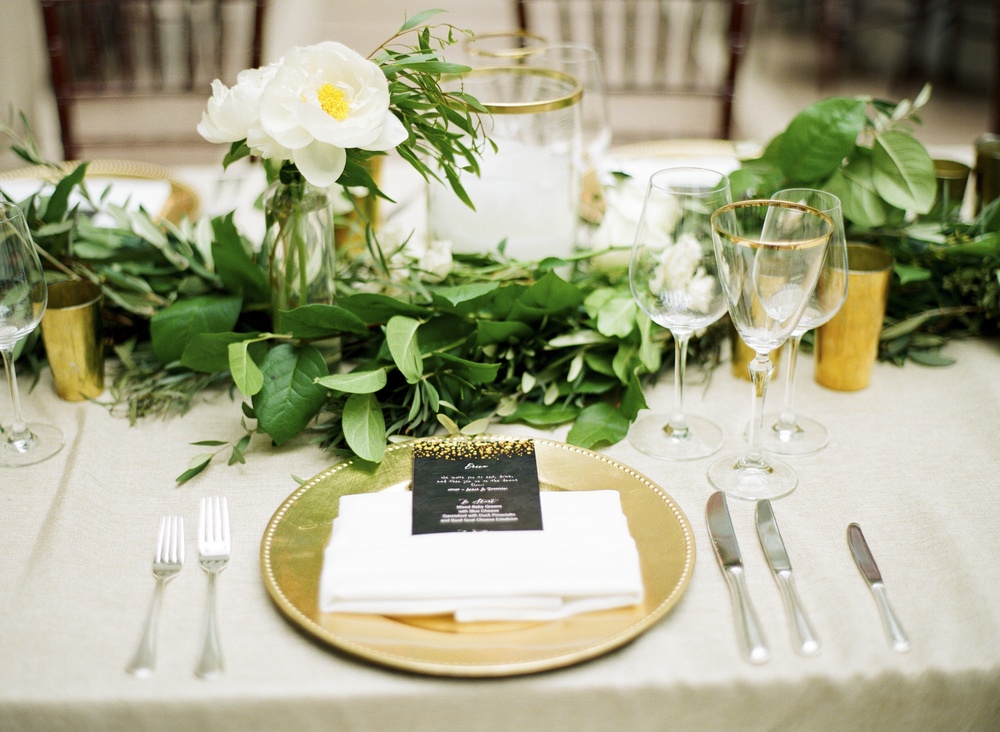 One thing that was important to us was to make sure that our personalities didn’t get lost in the wedding planning, we wanted the wedding to really be symbolic of us. This was especially true with our ceremony, which we both felt was the most important part of the wedding. Every part of that ceremony was so personal, so unique to the two of us, and it made it so special. We wanted an officiant who knew us and could speak about the two of us from his experiences, so we asked the judge who I (Anna) clerked for out of law school to marry us. He said so many kind things about each of us individually and as a couple that someone who didn’t know us would not have been able to include. We also wrote our own vows, each of us letting our emotions out without holding back. Even the ceremony music felt personal and unique. Jordan is a classic rock fan and we sing “All of my Love” to each other all of the time, so when he said that was the song he wanted to walk down the aisle to it seemed perfect! For my entrance, I asked my aunt to sing the song that I danced to at my late grandparents’ 50th wedding anniversary. My grandparents taught me what true love is, and to have my aunt sing that song felt like they were there with me and that I was bringing all of the love and happiness from their marriage into my own. 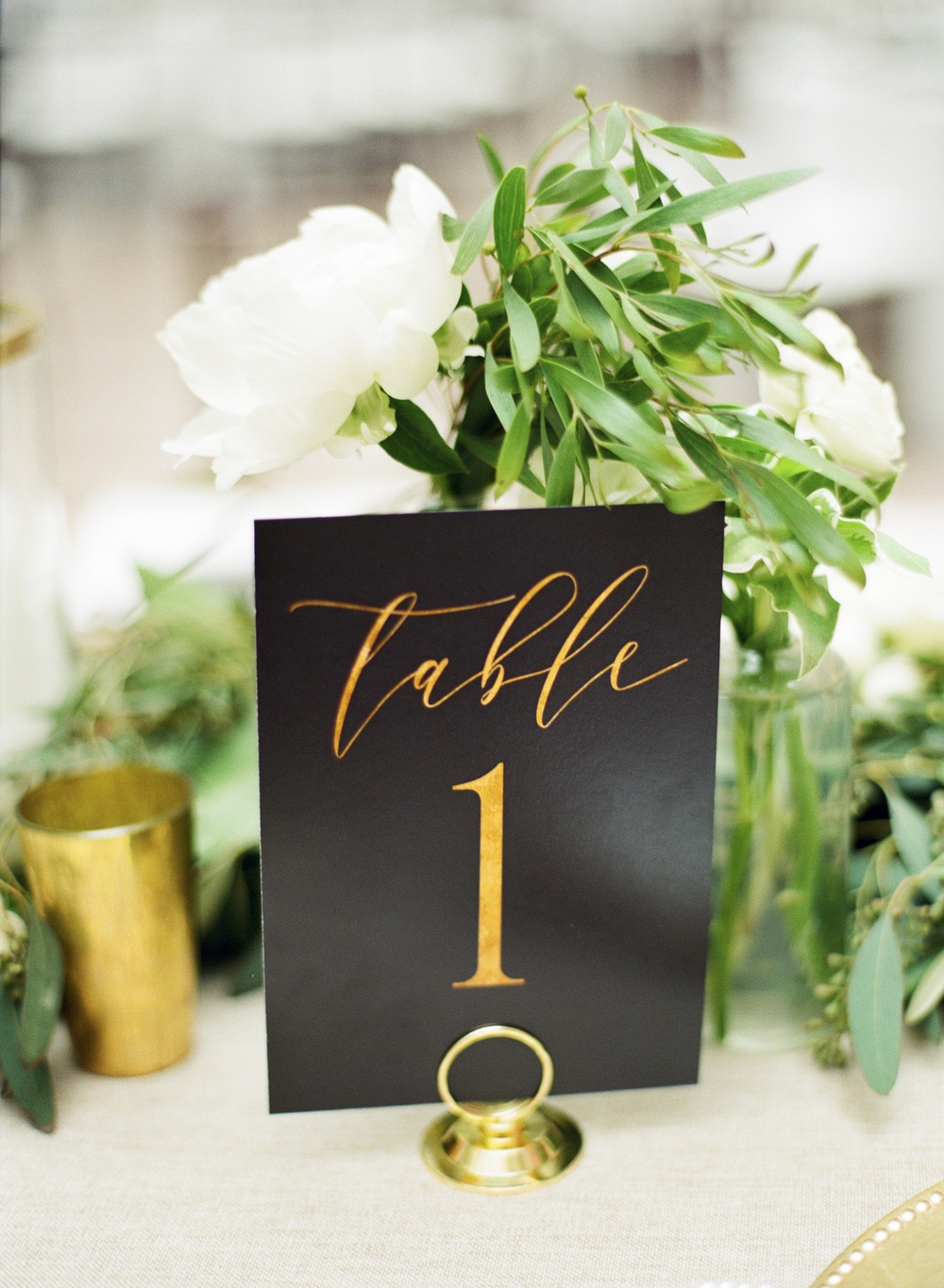 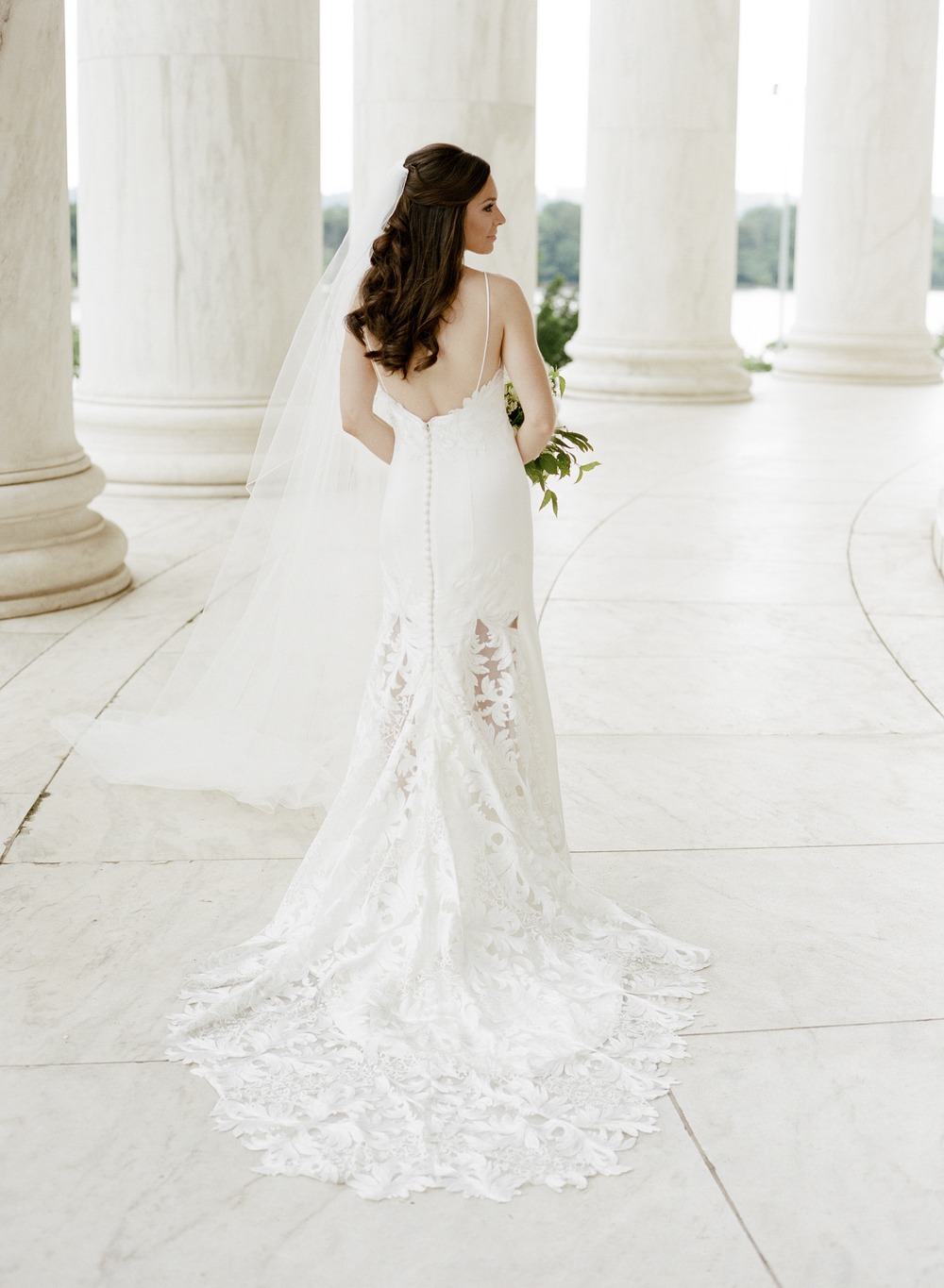 Another thing that we were conscious of when planning our wedding was trying to blend our families. Jordan’s family is Jewish, Anna comes from a large mostly Irish-Catholic family. Neither of us are particularly religious ourselves, so we didn’t want a religious ceremony, but we did want to include some Jewish traditions on our wedding day. One of the best parts of the entire night was the Horah. The majority of Anna’s family and most of her friends had never been at a wedding where they danced the Horah, so they weren’t sure what to expect but Anna had assured them that they would love it. As soon as the music began Jordan’s family and friends grabbed hands with Anna’s and showed them what to do. It was so wonderful to see everyone come together in a circle, dancing and singing and laughing! It was truly an amazing display of families and friends joining to support us and give us their love. Being hoisted up in chairs and seeing everyone we love below us is something we will never forget! 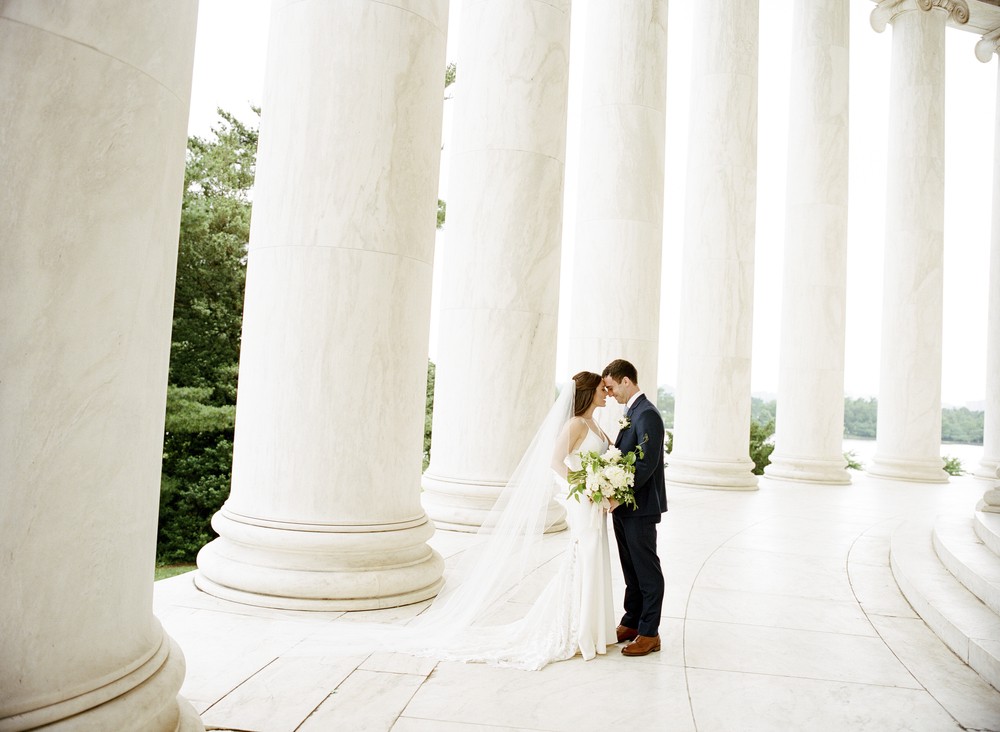 We loved ALL OUR VENDORS! Sweet Root Village did an unbelievable job with the flowers. We had a rainstorm force us to move the ceremony and cocktail hour inside, but they were able to turn an indoor ceremony space into what looked like an outdoor flower garden despite having learned about the space only a day before the wedding. The band we had, Free Spirit, was also amazing! Jordan rarely dances but he was on the dance floor the entire night, as were the majority of our guests young and old! The band was one of the most important parts for us, and they really did a great job keeping the party going. 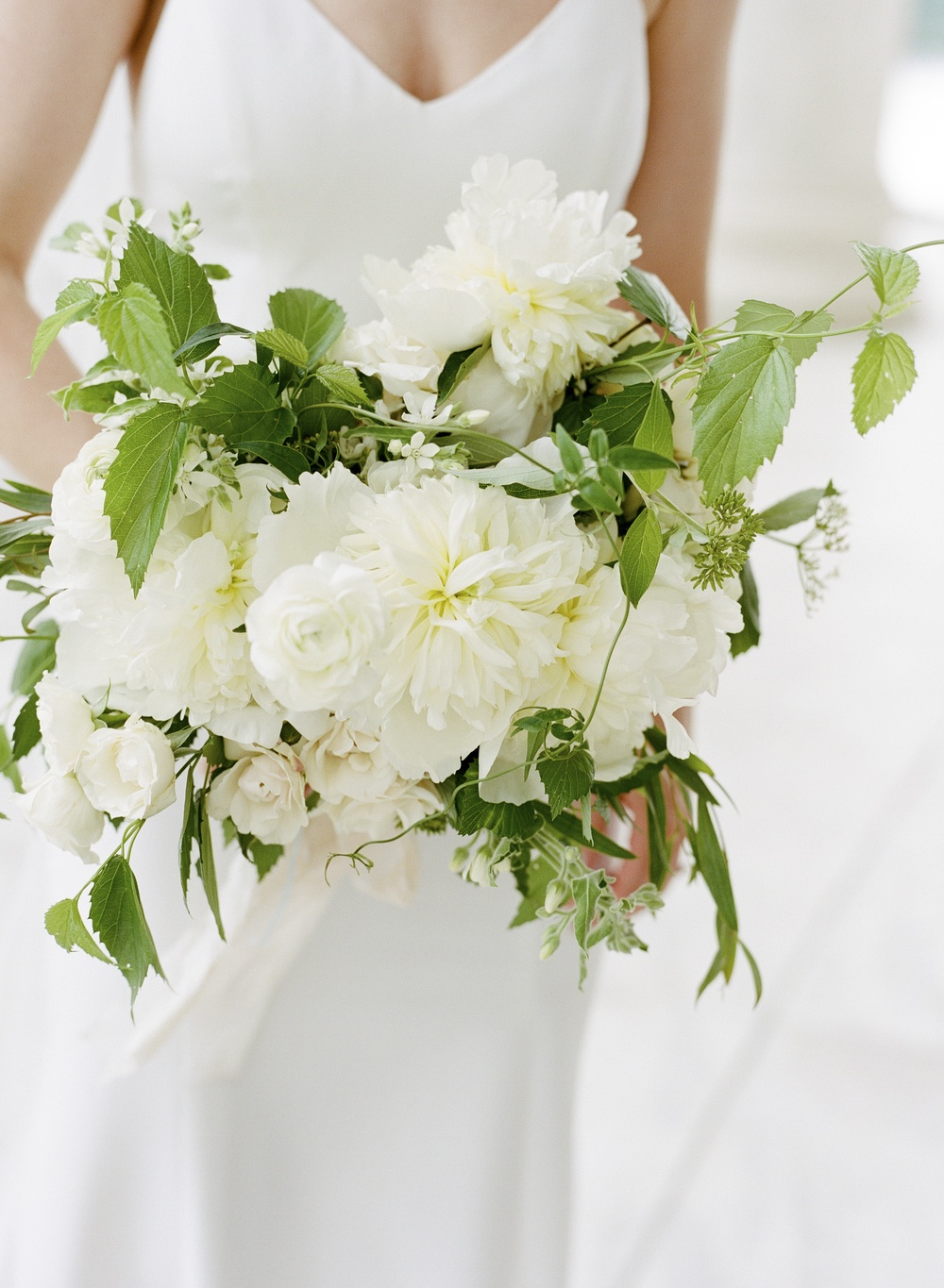 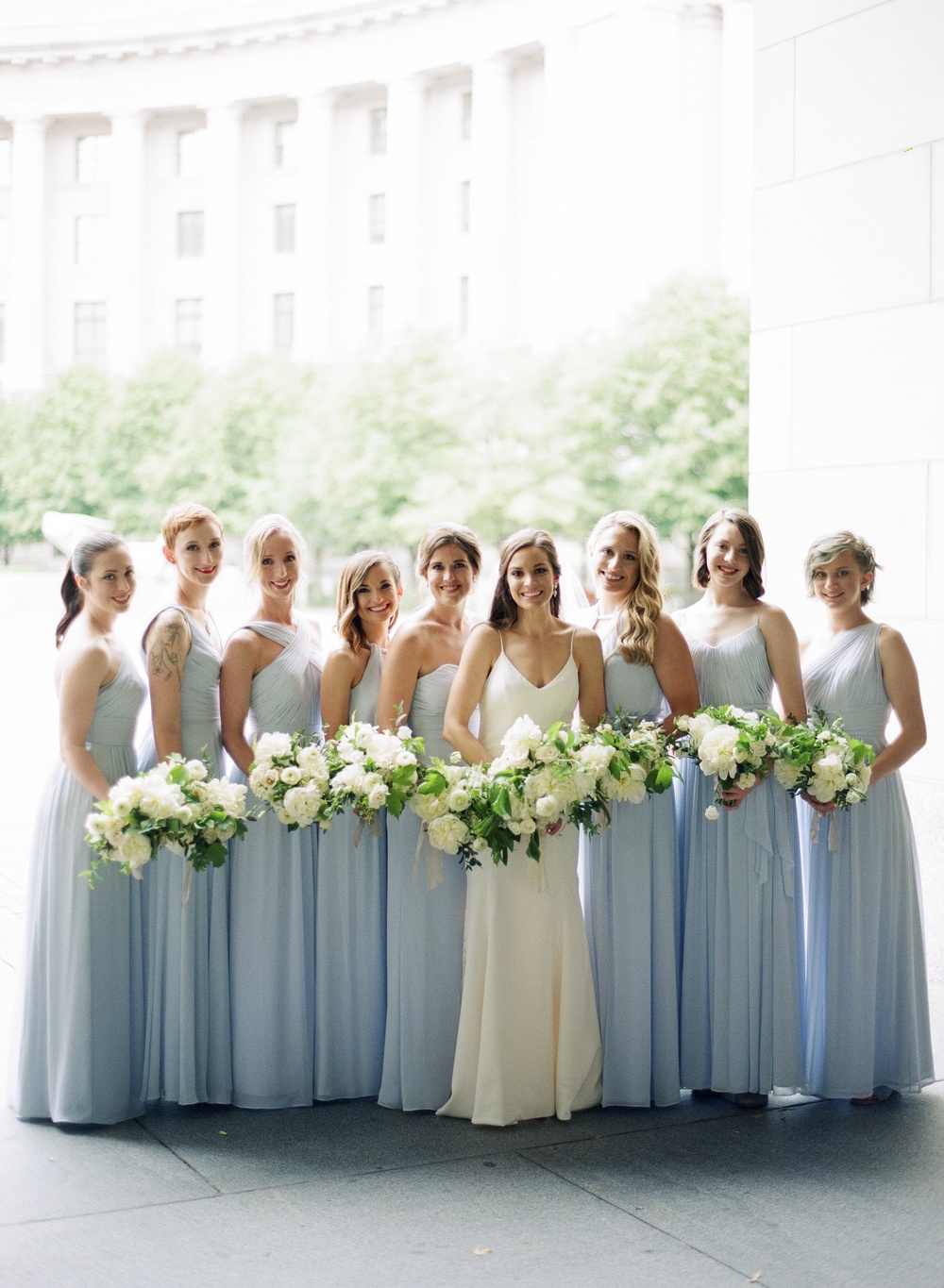 My dress was a custom Modern Trousseau gown. I wanted something simple and elegant, nothing over the top, but with something special. I went to Hitched salon (now a Modern Trousseau shop) and the wonderful Callie Tein happened to be in the bridal shop that weekend. I tried on several gowns and ended up falling in love with the back of one dress but preferring the front of another dress. Callie suggested combining the two dresses so that I got the parts I liked of each, and I actually ended up putting both dresses on at the same time so we could get an idea of what it would look like. With Callie’s help, we designed the dress so that it was simple in front but had the most gorgeous lace back and train that I’ve ever seen! 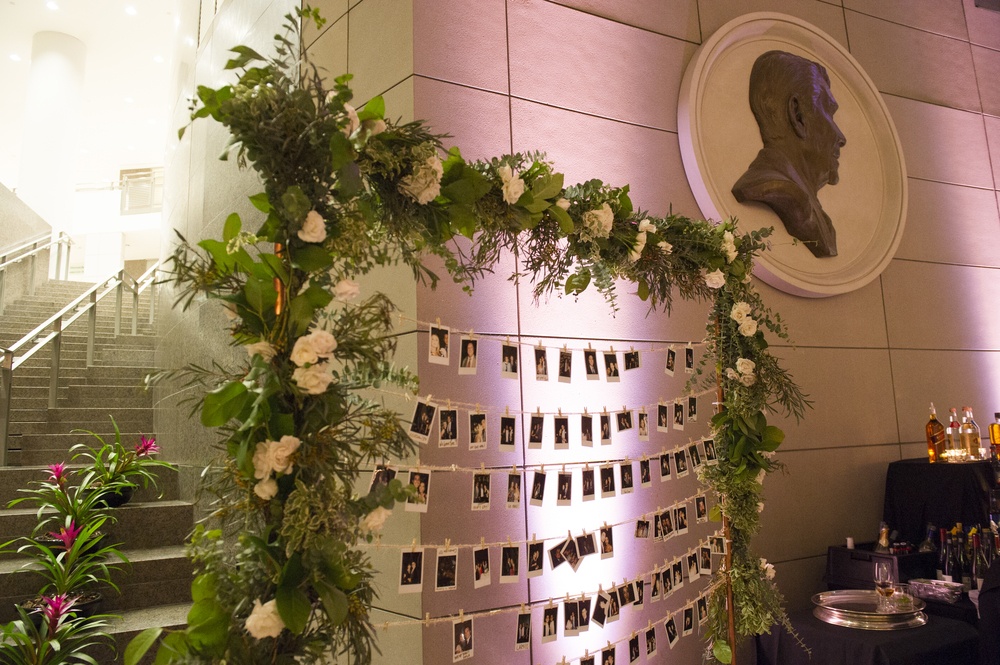 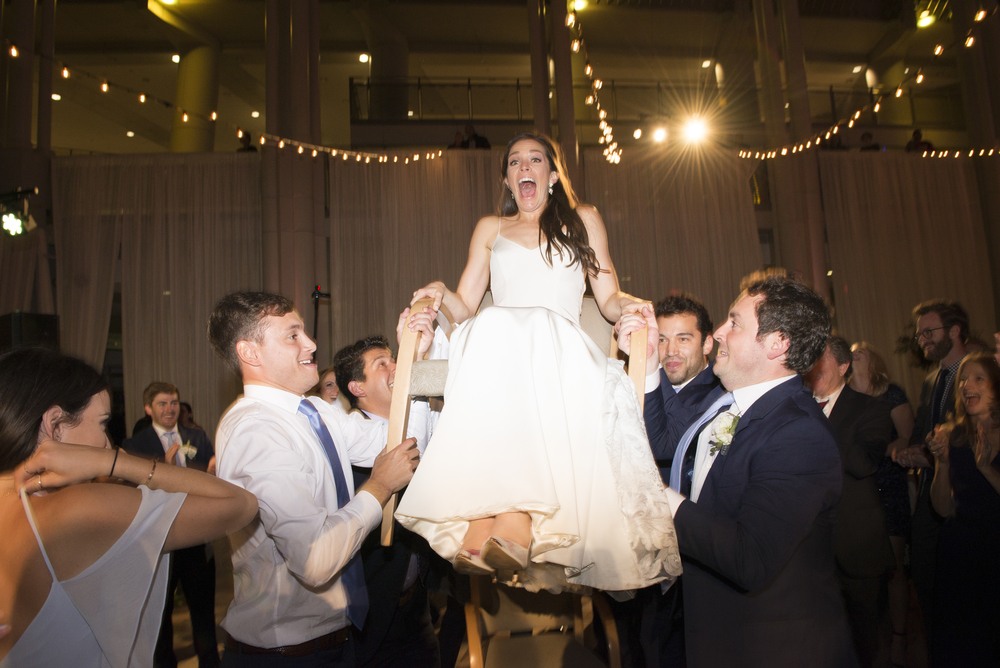 Now THIS is How You Have a Classic Vineyard Wedding