Sunset Romance at an 18th Century Wine Cave in California

Villa Cimbrone and weddings are a match made in dream wedding heaven. I mean, take a quick look below and you’ll know why. Gianni Di Natale captured Arla and Art’s wedding filled with greenery and white florals, with a giant flower arch designed by Exclusive Weddings in Italy that we’re obsessed with.

From Gianni Di Natale, the photographer: One only needs a peek into Arla and Art’s wedding at Villa Cimbrone to think “how did they pull off such a dream day so effortlessly”? Well, truth be told, Exclusive Italy Weddings’ Laura Frappa and Armando Malafronte waived their magic wands over this fabulous affair, but before we jump into the details let us say it all began with a dream. 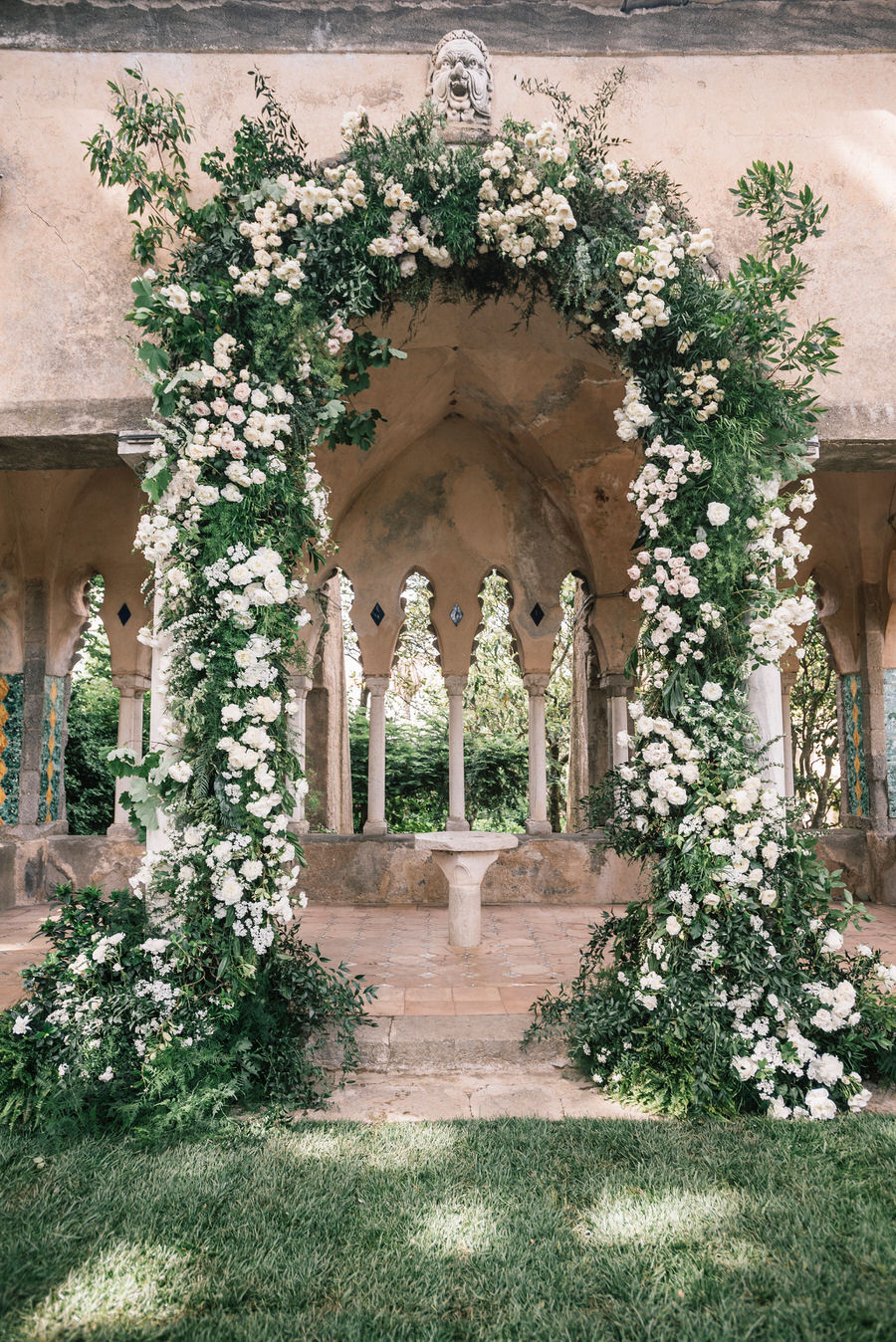 We are lovers of pleasures and splendor when they are shared, and Villa Cimbrone is definitely the setting for a fairy tale, fantastical or actually true. Richard Wagner declared he had seen his vision of Parsifal mirrored in the promontory’s dramatic scape. 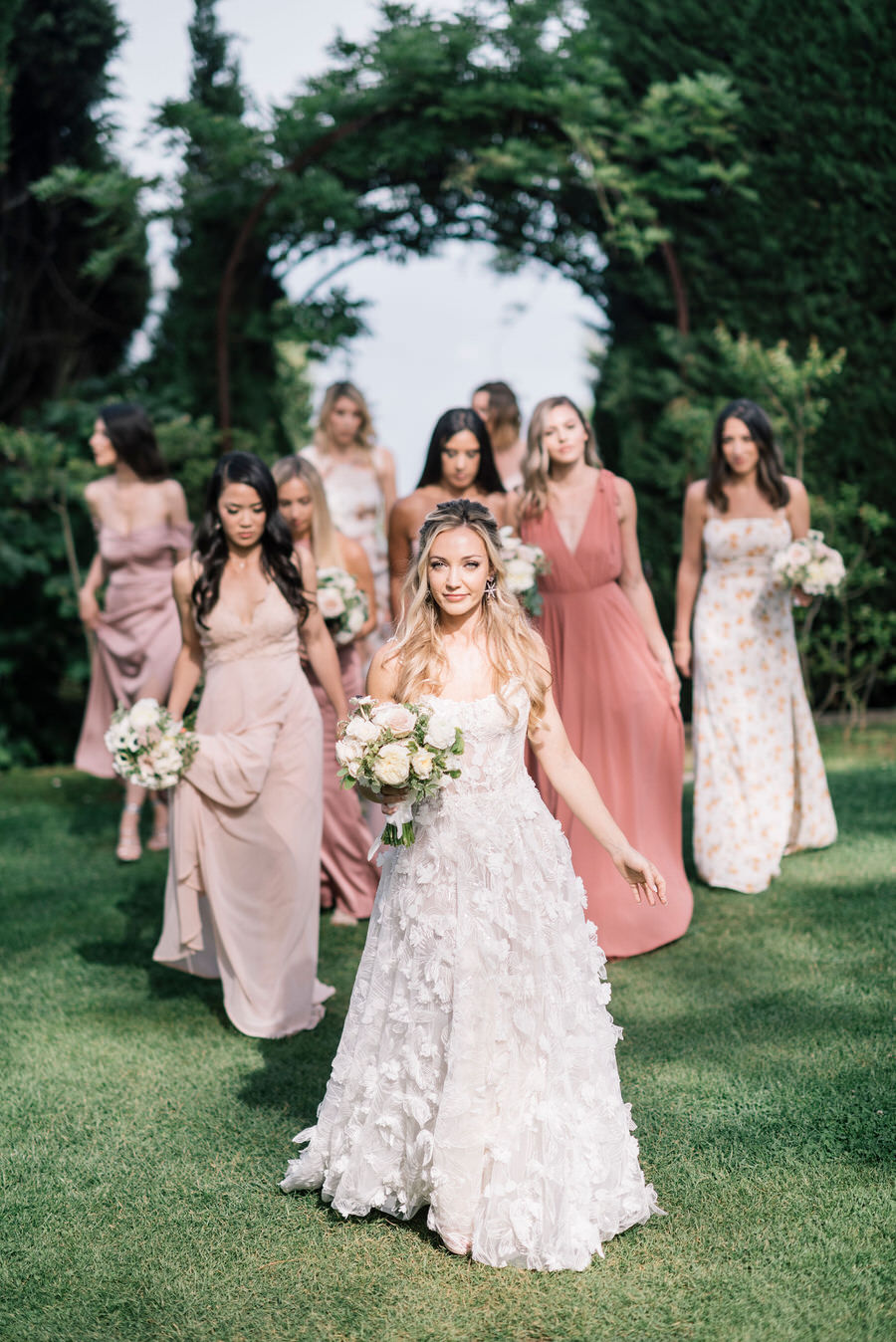 The towering cliffs overlooking the Tyrrhenian Sea, the sparkling waves reaching out to the cloud-capped precipices have been inspiring writers, artists, musicians and heads of state -Virginia Woolf and D.H. Lawrence, to Piaget, Moore, Giovanni Boccaccio, Gore Vidal, Churchill and the Clintons among them – for over seven centuries now. Arla and Art knew they have found the perfect haven to exchange their vows. 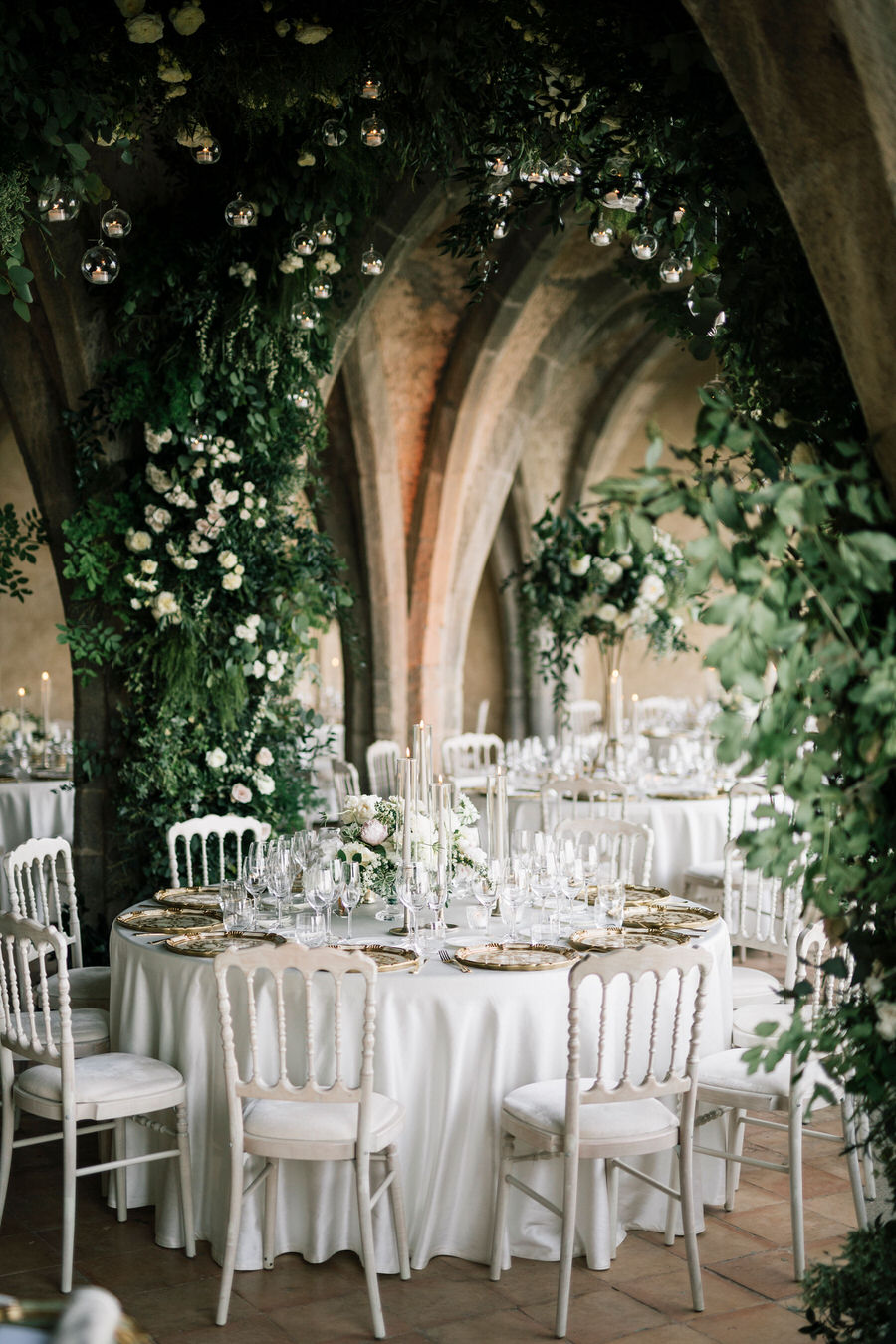 Early morning preps in two different suites of the villa meant bride and groom squads enjoying some bonding time with family and close friends surrounded by Villa Cimbrone’s infinite Vietri ceramic floors, frescoed ceilings, and Italian antiques. We found the opportunity to “steal” Arla’s Galia Lahav gown, Prada shoes, and Sparklers & Confetti invitation suites for a session of their own, before our bride’s boudoir styled shoot with her bridesmaids. Art and his lads teamed up to groom one another and toast on Amalfitan vino, and we had a special family shoot with his parents at the infinity balcony before heading to the ceremony. Art, dressed in Brunello Cucinelli was escorted by his parents and as bridesmaids and groomsmen paired up Arla appeared on her mother’s side. 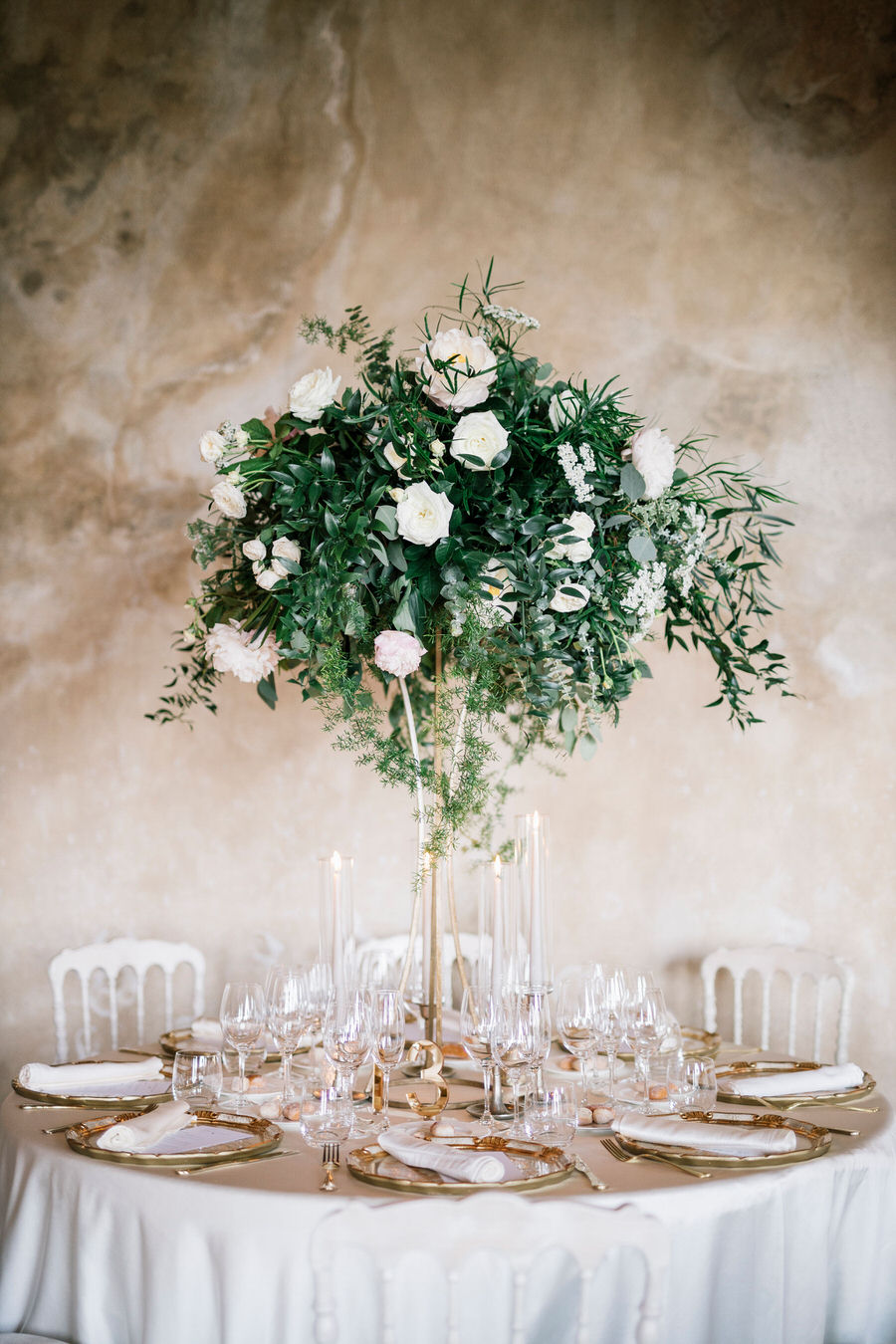 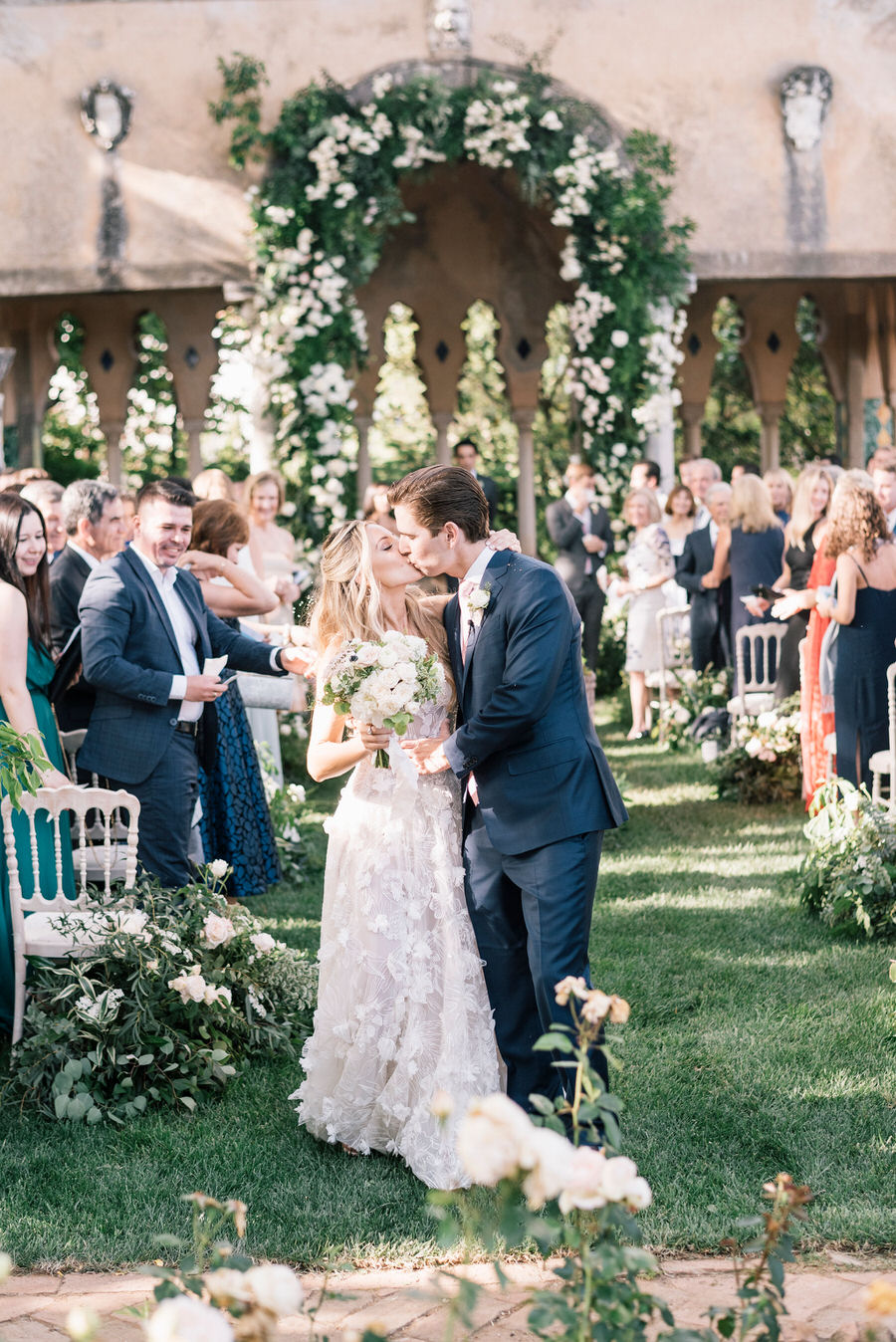 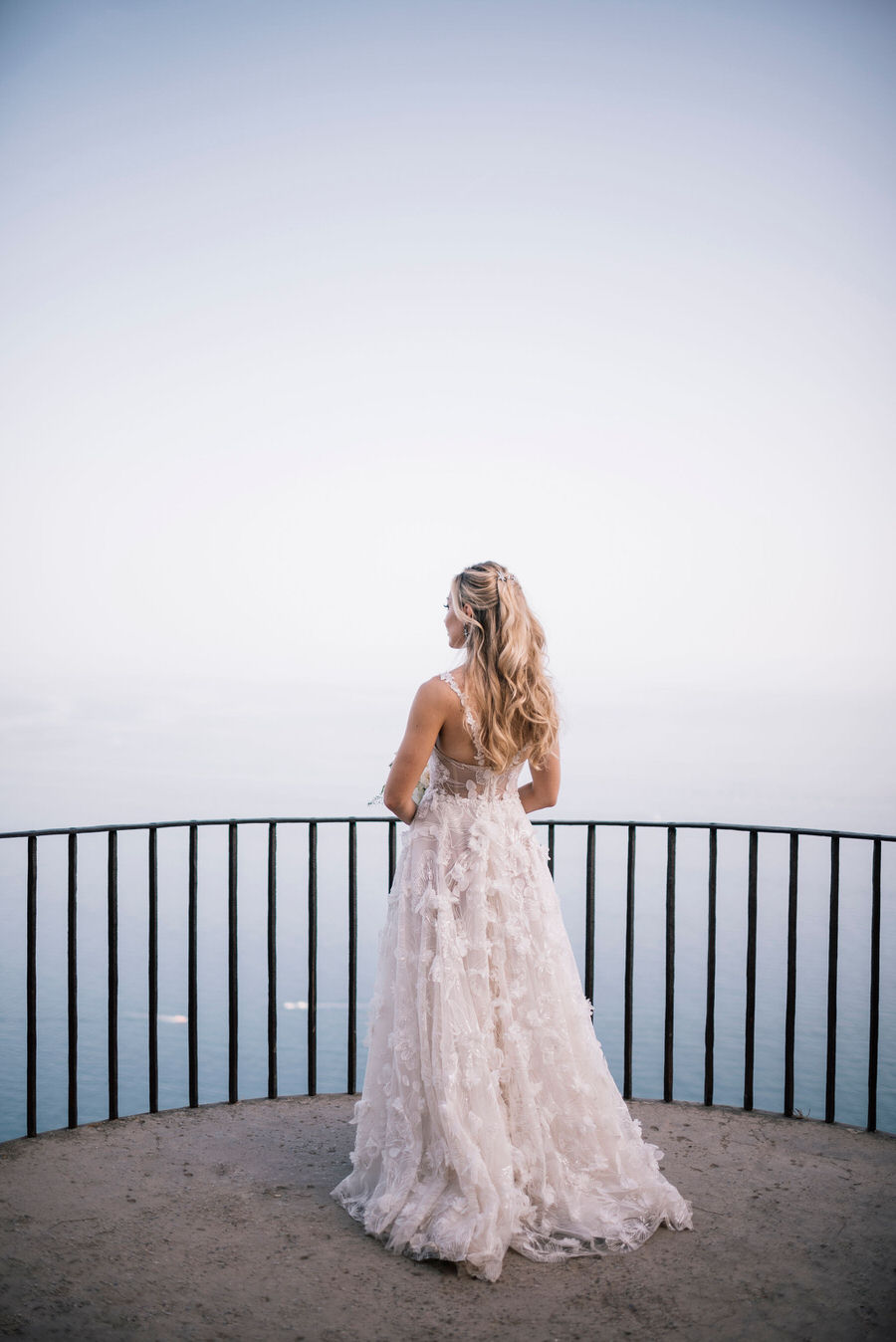 It proved quite the task to hold a teary eye as the couple read their vows (one look at Arla’s sparkling eyes will tell you so much), but it all soon gave way to confetti toss, sweet kisses, and a proud walk down the aisle as Mr. and Mrs. At around midnight we packed up our gear and said our goodbyes, allowing the merry parties to go on. But unlike the statue of Eve, trapped in her cage on the far edge of Cimbrone, we can at least dream of returning here, to savor again Ravello’s whispering promises of heaven on Earth. 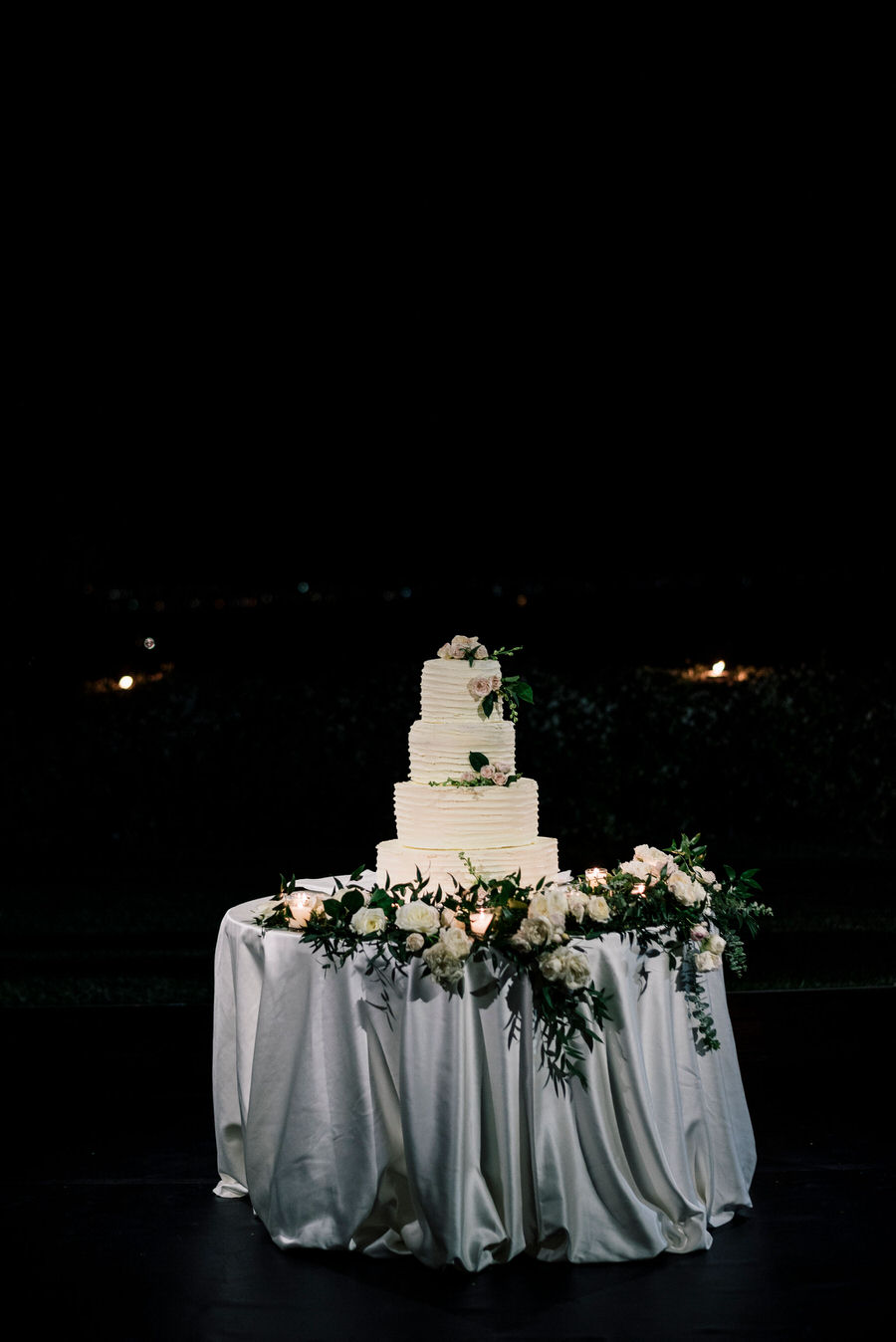 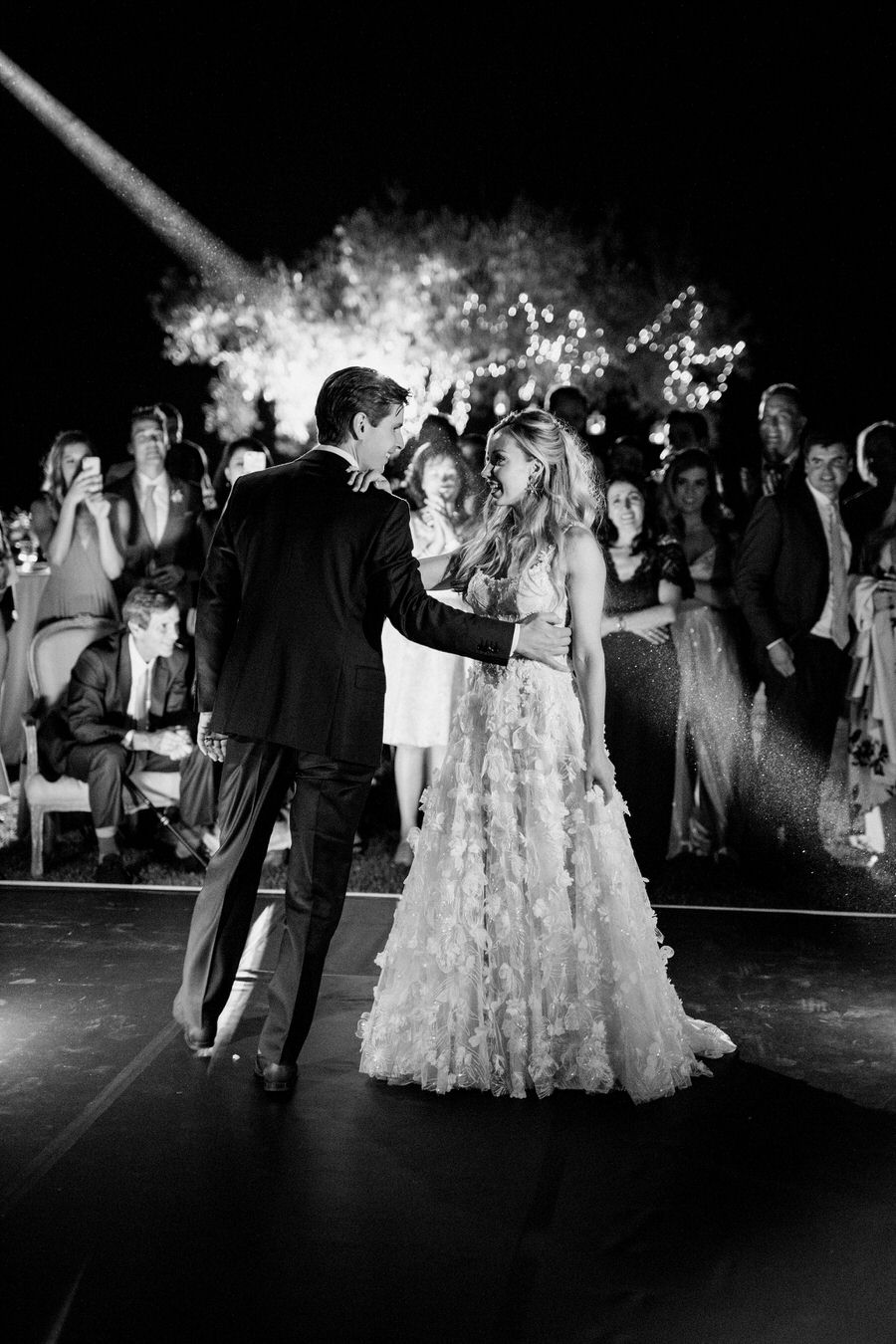 Check out our Wedding Venue Guide for Destination Weddings in Italy. If you’re loving this wedding, be ready for more beautiful wedding venues in Italy!

An Elegant Destination Wedding in Ravello with Pops of Citrus