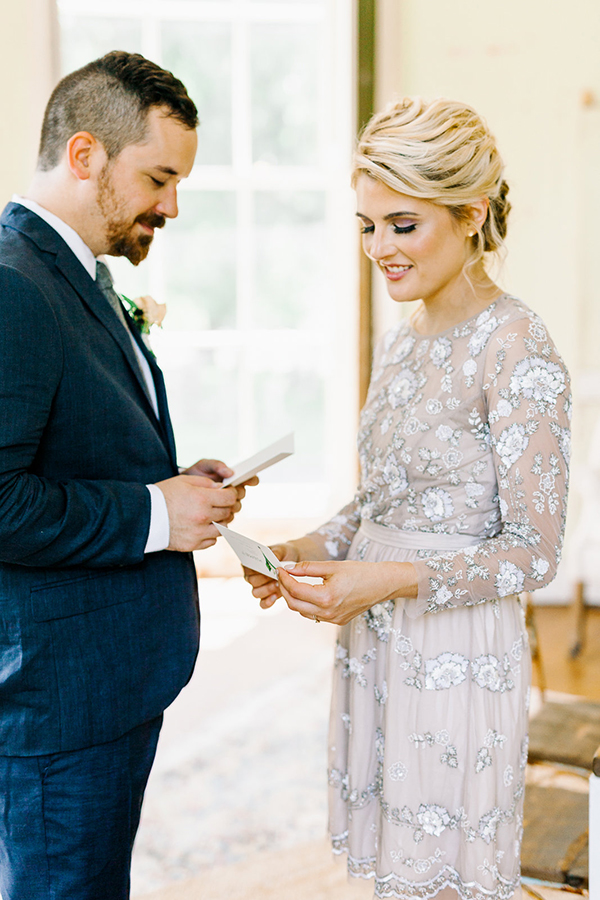 Jump Inside This Millennial Pink Living Room with Wayfair

There is ceaseless beauty in the things that were once “lost.” Executed by a dream team of vendors including Keristin Photo and Rabbit Rabbit Crew, today’s styled shoot is an urban REVIVAL of classic art and beauty. From the bride’s shimmery appliquéd mini dress to the cake display with double the sweets (and triple the color), this elopement could not have grabbed our hearts more. We love the fullness of the blooms with trailing ivy, the natural light in the reception space and their ability to create something open and airy, yet simultaneously defined and unique. And who would have ever thought to suspend an illustrated marriage certificate as part of the decor?! Genius! 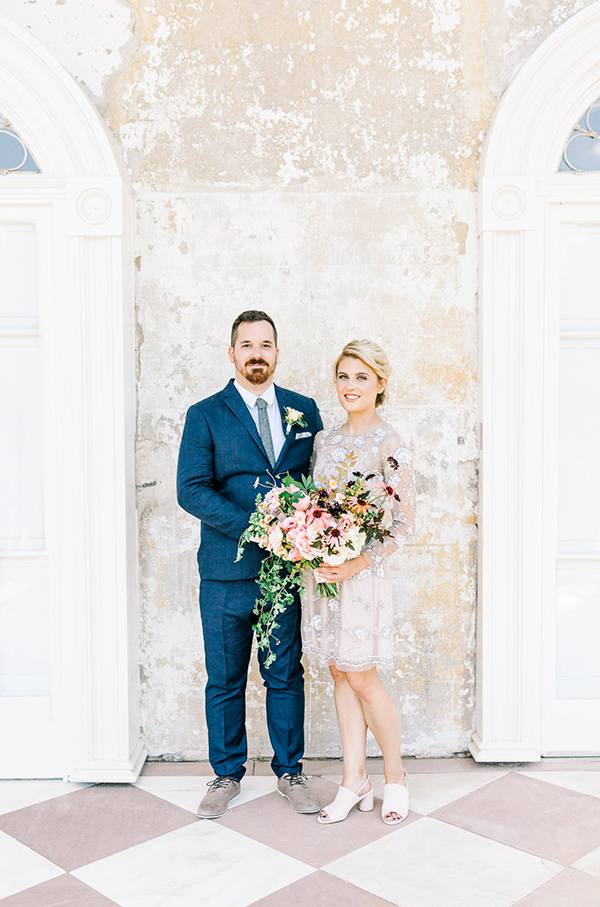 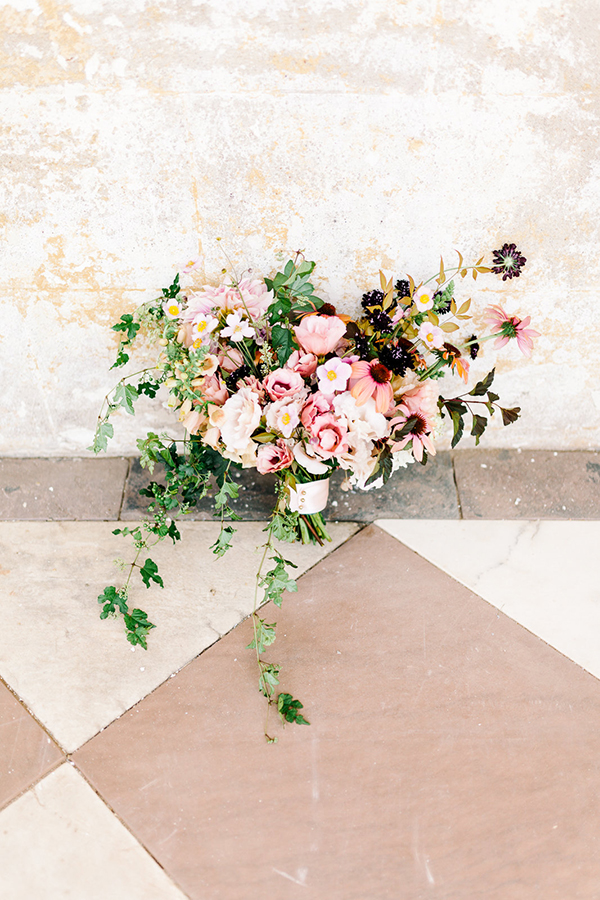 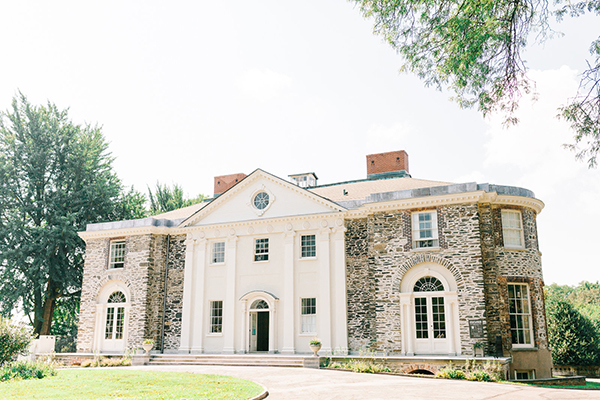 From the stylist, Nicole of Rabbit Rabbit Crew: The concept for this shoot was to create an elevated urban foraging visual aesthetic and highlight the “hidden” beauty, both architectural and landscape, Philadelphia has around almost every corner. Our focus was to pay homage to some of the landmarks that have been the part of the rich history the city is so known for and capture the juxtaposition of the old + new, stone + Greenery, tradition + Modern. 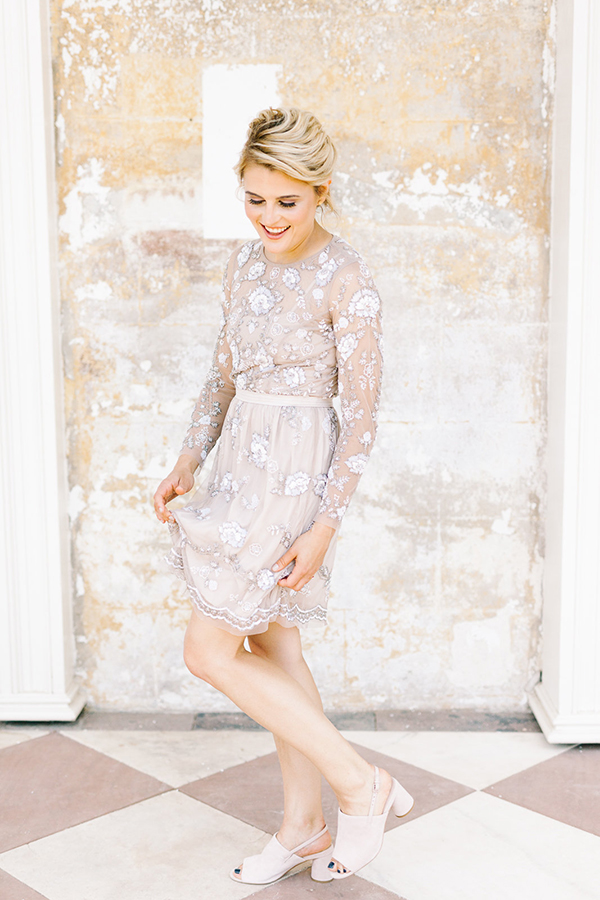 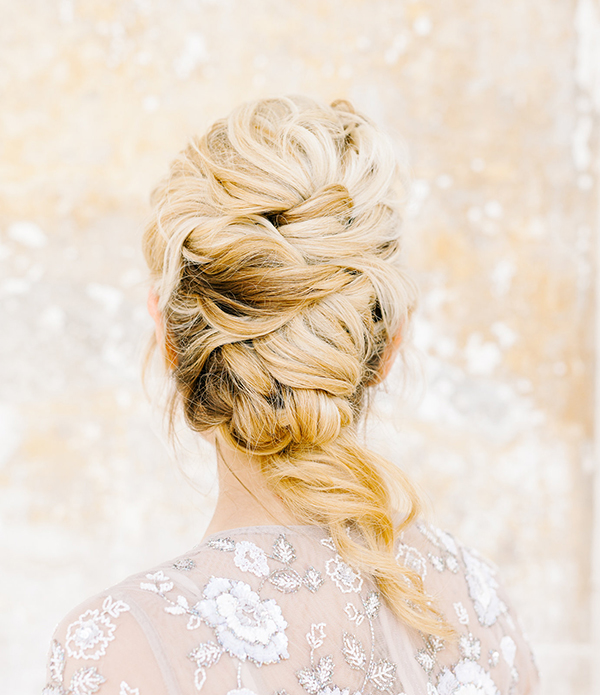 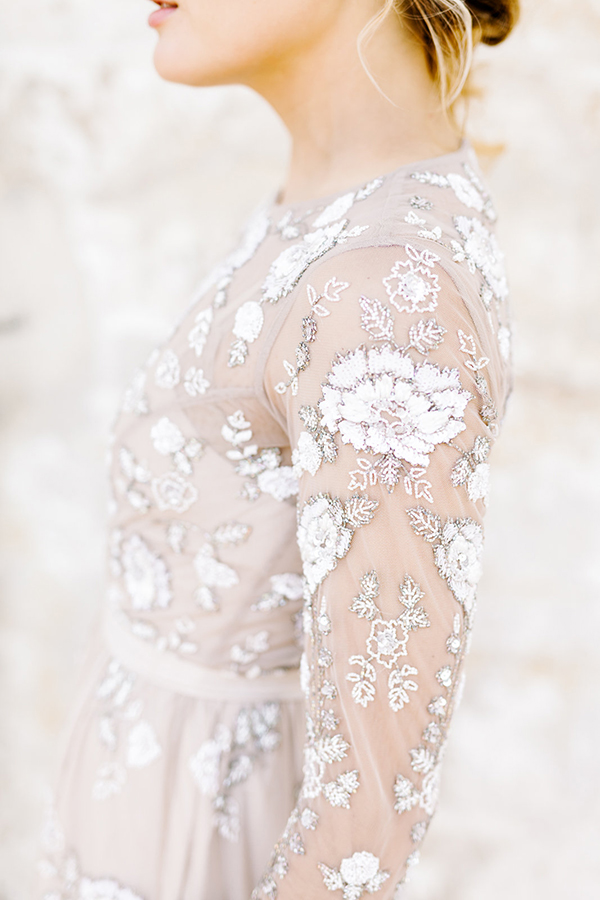 When I am trying to concept + style vignettes or looks, I tend to get a phrase or feelings stuck in my head and then I try to create that vision. For this shoot the goal, from the locations to the vendors, the couple and all the in-betweens, were meant to mimic the feeling of something personal, something that felt special and perhaps undiscovered, something that felt almost like home, but just distinct enough to be a new adventure.
Like a really good secret. 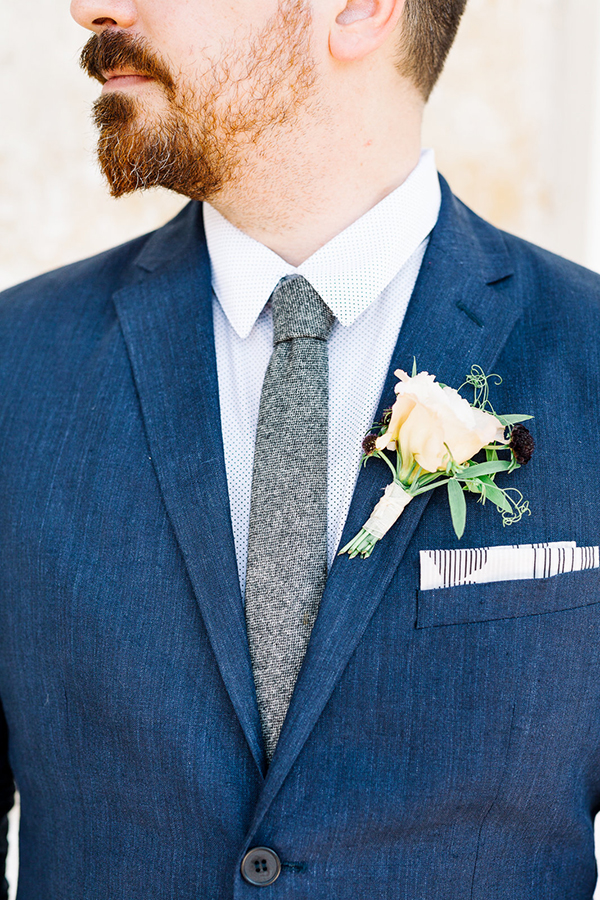 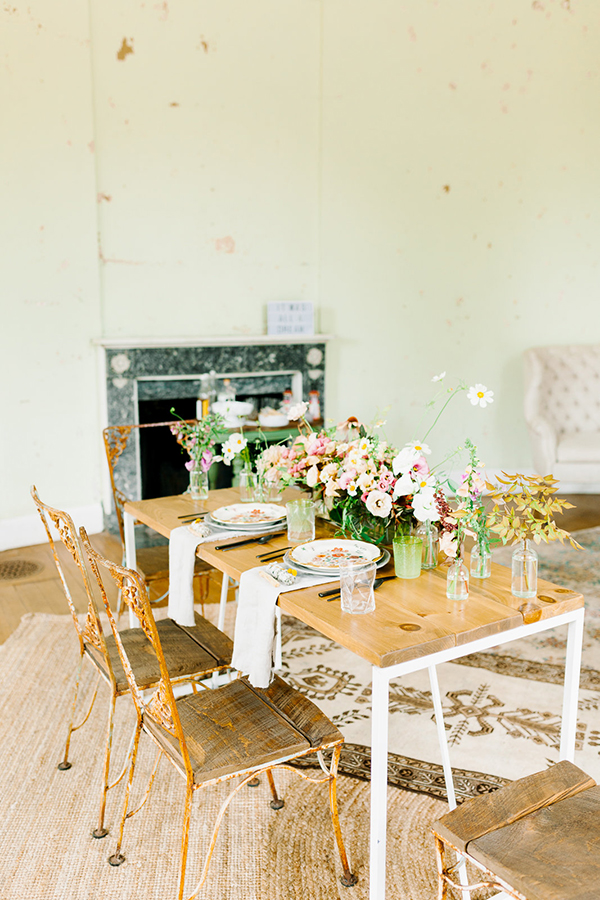 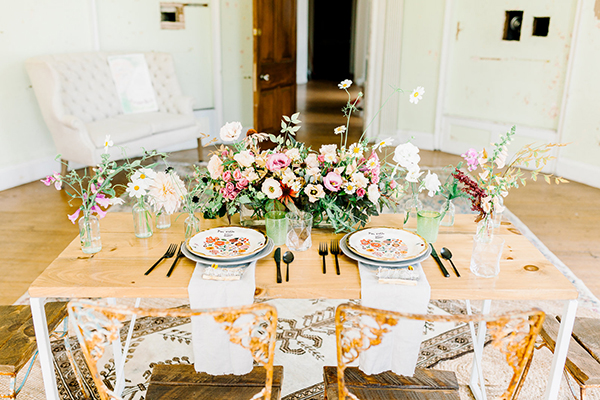 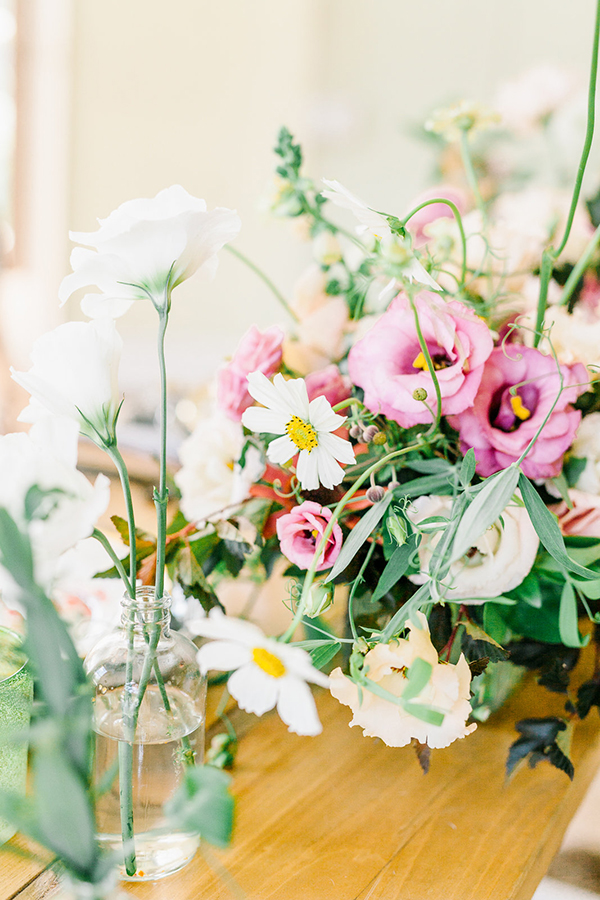 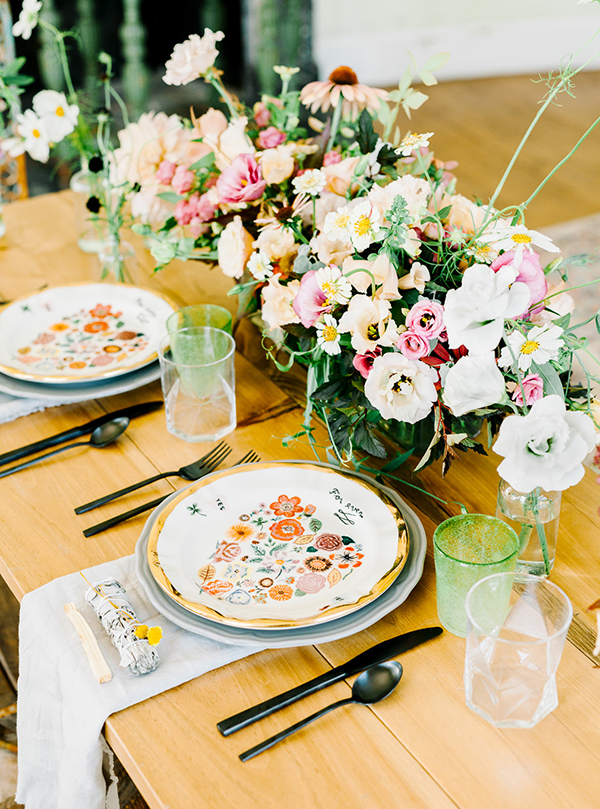 It felt natural to focus on an elopement and we worked with a real couple, Emily + Jake, whose actual upcoming wedding was going to take place at one of the locations of the shoot. With each look, the intention was celebration, storytelling and to capture those moments that felt as though you may be getting a glimpse of found treasure. Emily + Jake made it easy. when They look at each other it is like everything else melts away. 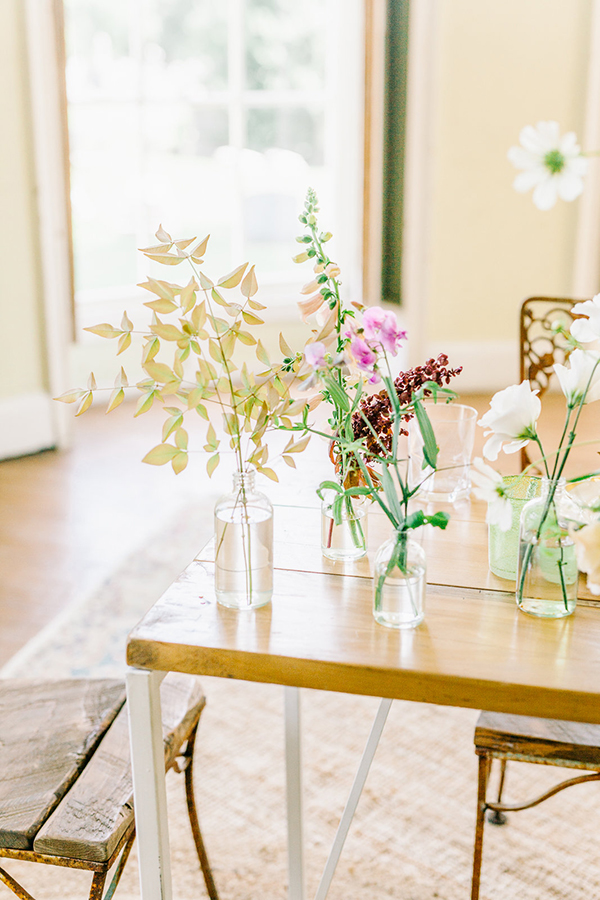 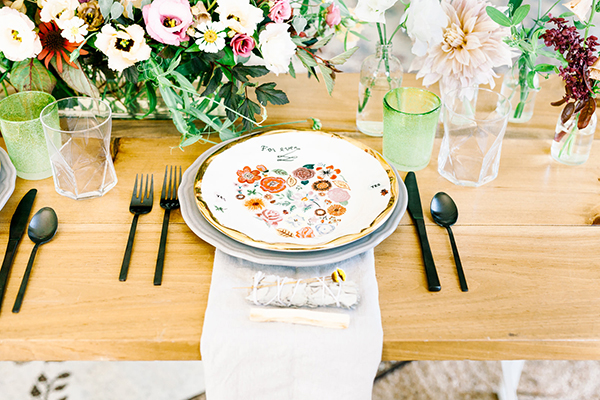 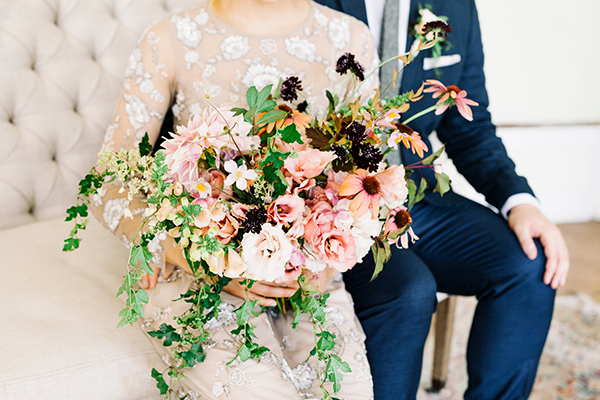 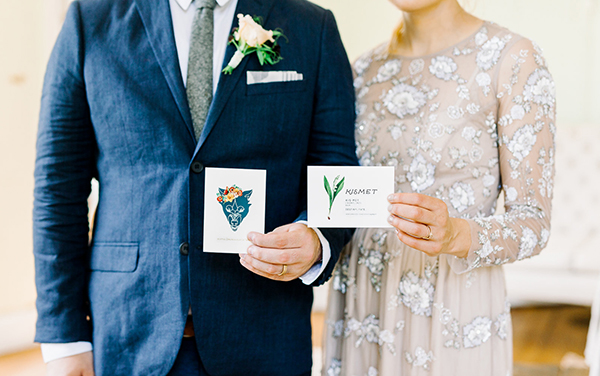 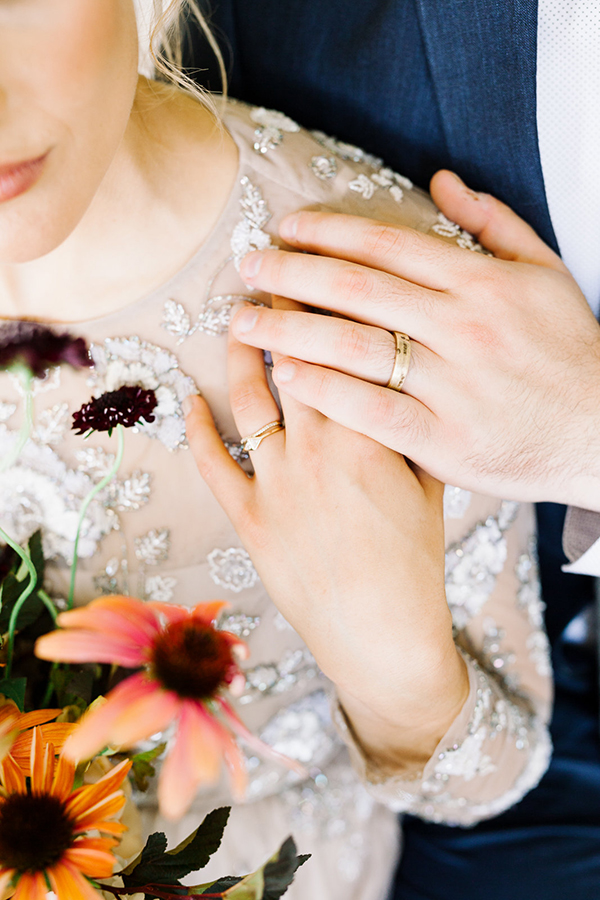 All of the vendors involved attempted to bring that same feeling; The main venue location, the woodlands, is the exact vision of the juxtaposition; boasting 54 acres of 18th century English inspired gardens as well as a 19th Century rural cemetery all located right smack in the middle of the busy university city neighborhood of Philadelphia. 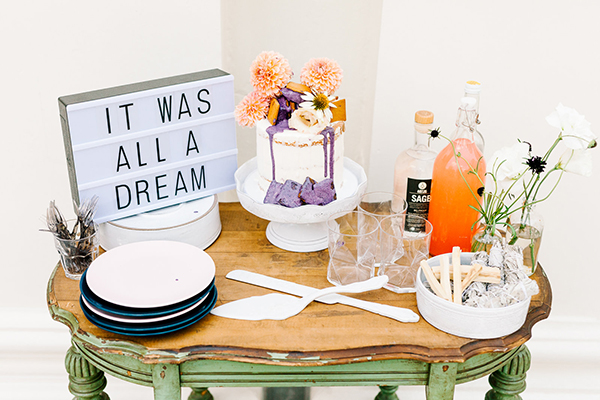 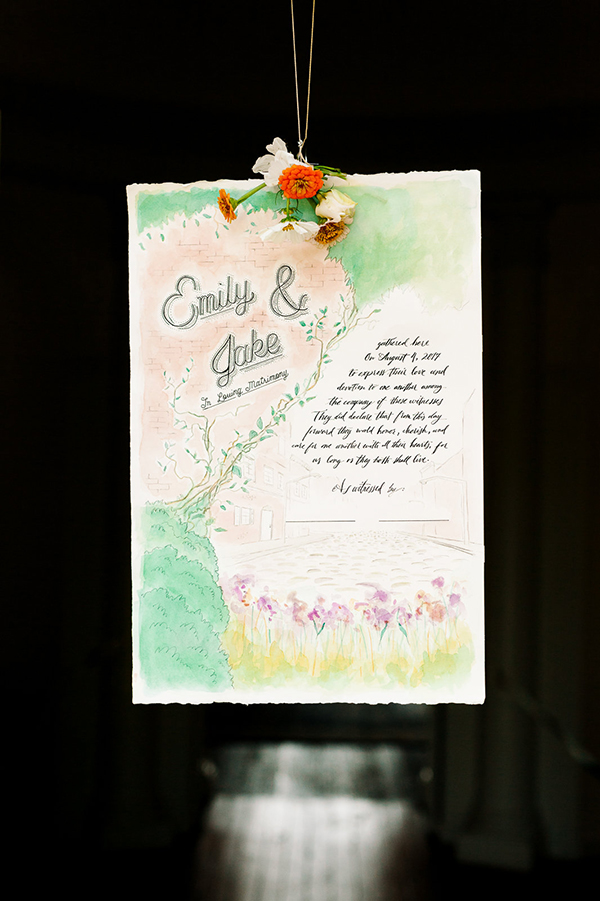 We also were super lucky and had the rare opportunity to gain access to the roof of the Touraine; succulent covered and nestled between the tall buildings in the historic Rittenhouse neighborhood, the building was originally designed as a grand hotel in 1917 and has been recently renovated by the awe-inspiring folks at spruce street commons who believe and understand the importance of preserving and maintaining the integrity of classic design. 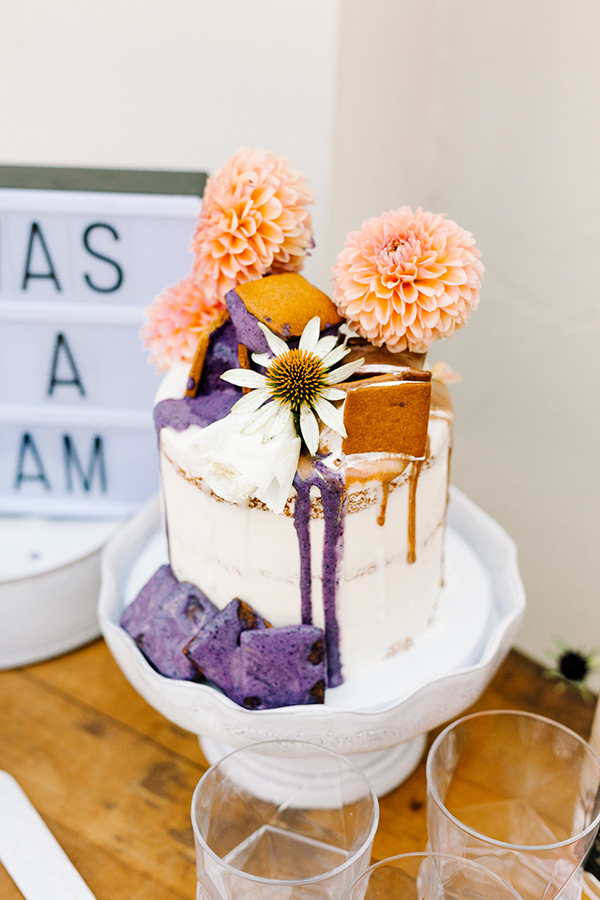 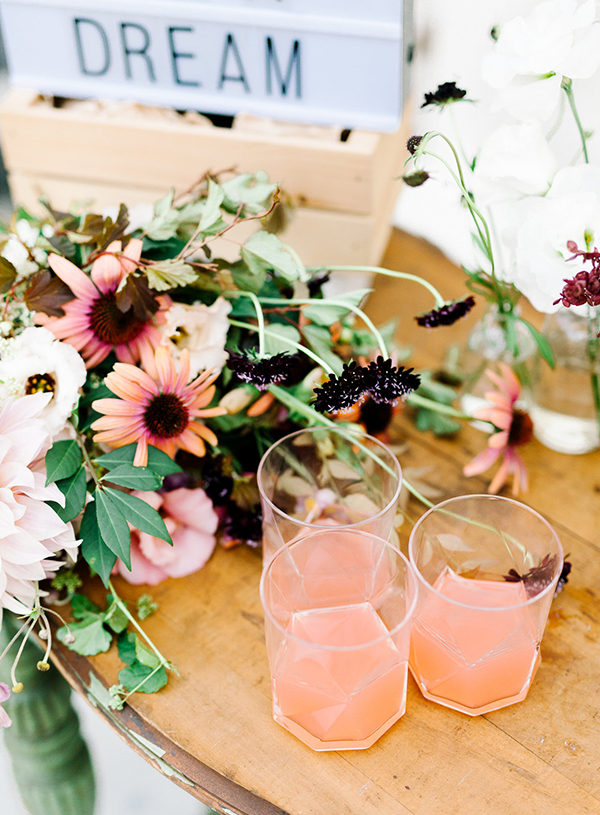 The florals from Wild Stems were bold in color and the singular statement pieces kept to the “party for 2” vibe. Emily’s short but ever so detailed wedding dress is from BHLDN and felt versatile and functional for a bride traveling the city on foot while staying elegant and refined. Her hair styled by barnet fair and makeup styled by shimmer & spice was the perfect compliment to the wardrobe and had peeked of little details that can only be seen upon closer look. 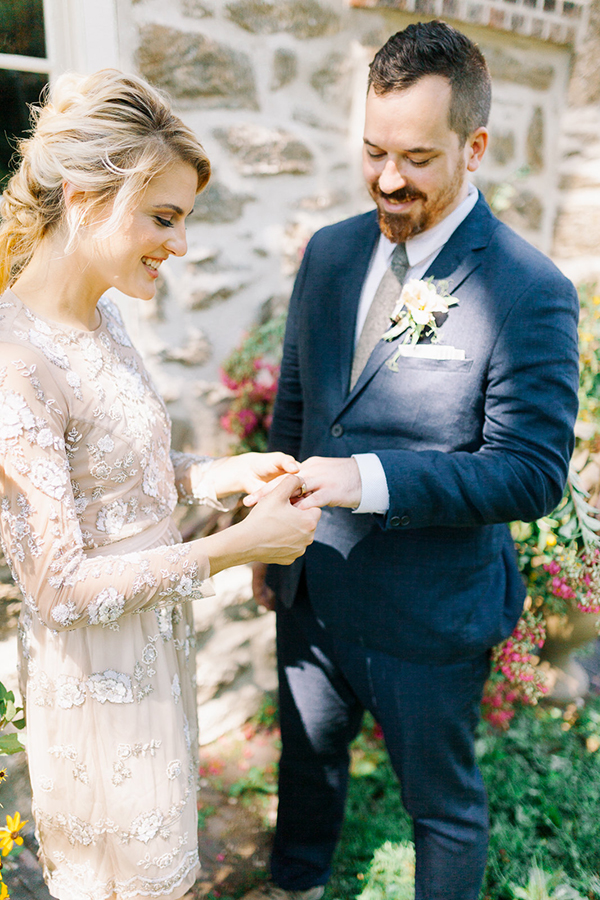 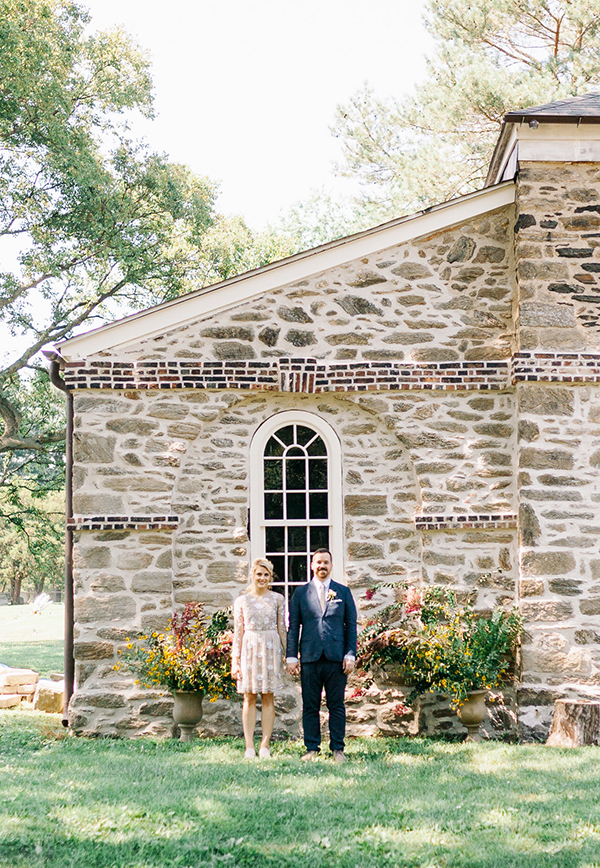 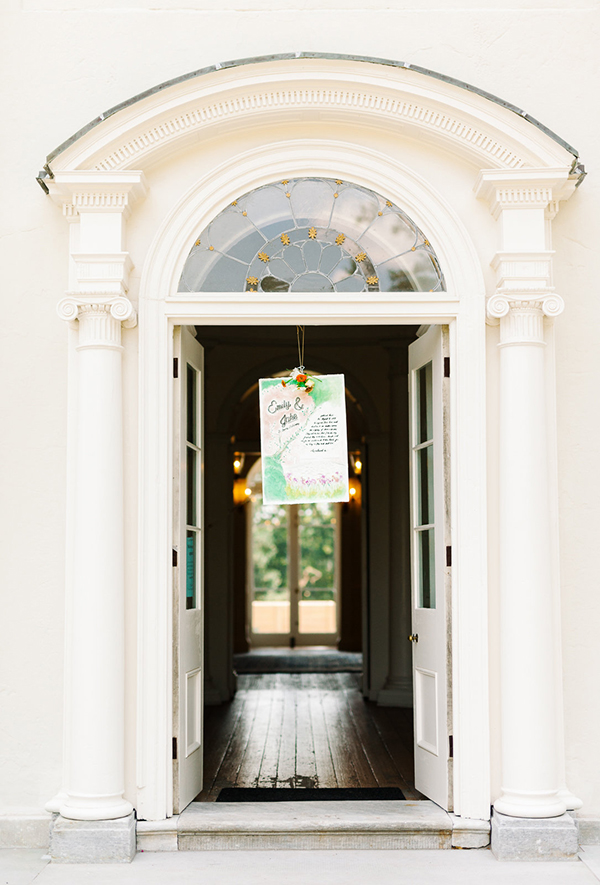 The vintage furniture pieces were particularly selected for space and provided by Maggpie rentals. Jewelry pieces were handcrafted from Bario Neal. the wedding certificate was hand illustrated by Lukas Wiedner. We coupled + styled the cake made by cake life bake shop + the mini ice cream sandwiches from Weckerly’s because I mean come on, everyone should have an ice cream sammies on top of their cake. The stationery note cards are part of the most recent collection from Rabbit Rabbit Crew as well as the white sage smudge stick place cards. 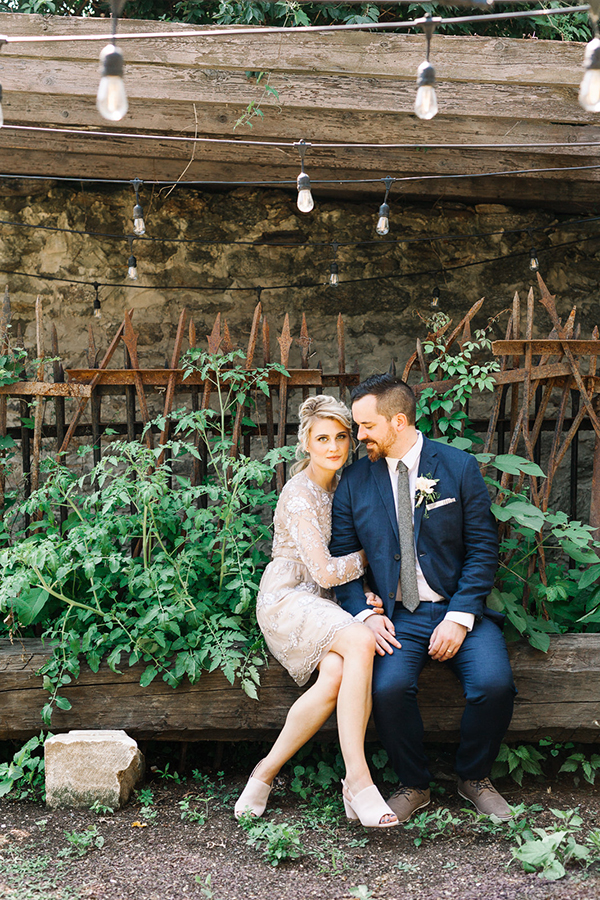 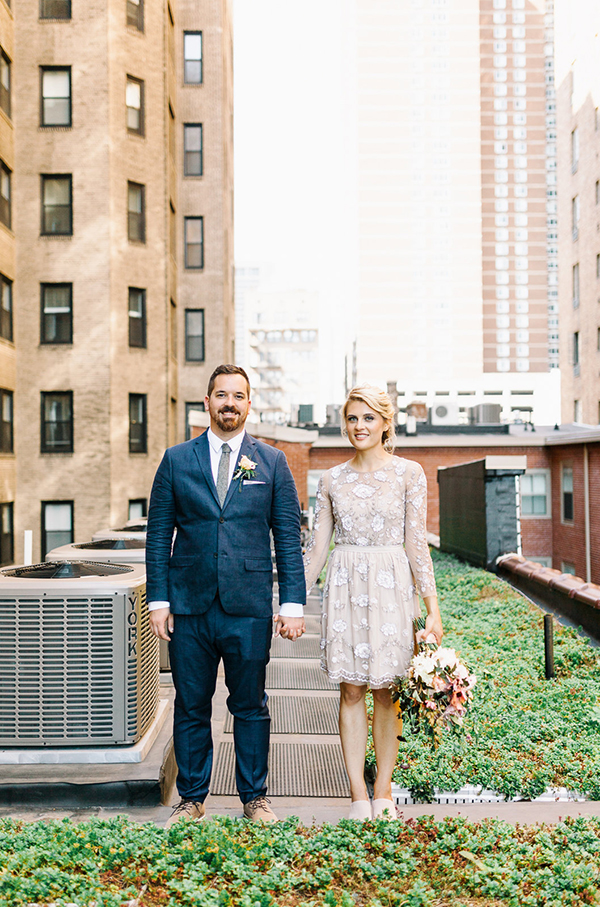 View all the images from this shoot in the gallery

The 5 Major Benefits of Intimate Weddings

Save-the-Date for our First Bridal Social for Engaged Couples + Vendors!